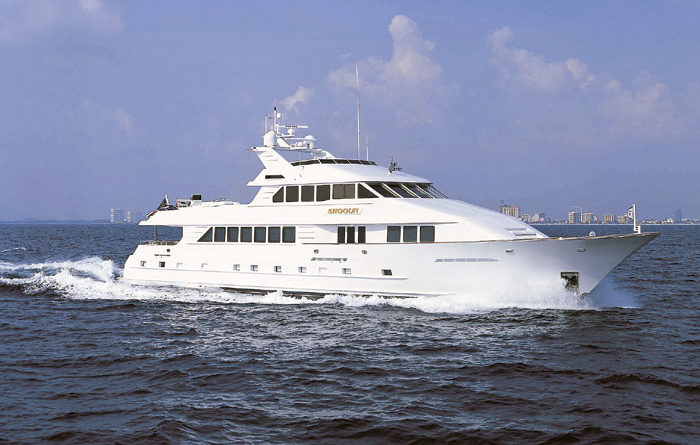 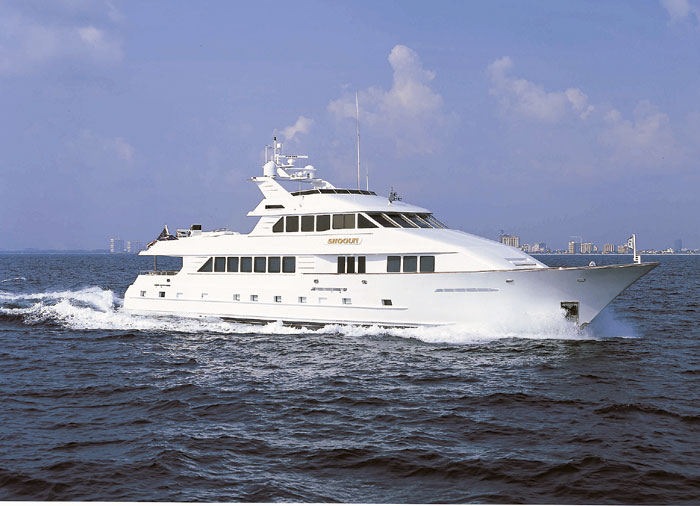 Boat builders in the United Kingdom are claiming that the country’s complicated new regulations that make it tougher for Chinese citizens to gain entry visas are crippling that nation’s large motoryacht industry. However, what is bad news for the British superyacht industry is good news for the U.S. yacht market — and at least 21 prospective yacht buyers from China have already requested visas to come and see the new yachts at this year’s Newport Boat Show, scheduled April 18-21 at Lido Marina Village.

In a Feb. 25 article in the U.K.’s Daily Telegraph, British Marine Federation head Howard Pridding called his nation’s tough new tourist restrictions on visitors from China “a straitjacket on the U.K. marine industry” and a major hindrance to new sales of large yachts.

Chinese yacht-buying prospects who want to visit the U.K. must fill out lengthy forms and get fingerprinted by one of only 12 authorities in China — and even after that, there is no guarantee their visas will be approved. In the same Daily Telegraph article, Robert Braithwaite, president of U.K. yacht builder Sunseeker, said it is no wonder that potential yacht buyers who are denied visas to visit the U.K. “decide to visit elsewhere … where the visa process appears smoother.”

It is much easier for prospective yacht buyers from China to visit the U.S., explained Janette Hood, operations manager and director of advertising sales for the Duncan McIntosh Co. Inc., producer of the Newport Boat Show. And high-net-worth prospects from China are already expressing interest in attending the West Coast’s biggest in-the-water show of large and midsize yachts.

“We have received 21 requests and sent 21 personal invitations to affluent Chinese businesspeople requesting to visit the upcoming Newport Boat Show, so they can obtain a visa through their government.”

This year’s Newport Boat Show is featured in a full-page color ad in a magazine geared to affluent travelers in China. The company that publishes the magazine — Beijing Sunbelt Media — will also organize a VIP travel package, flying a group of high-net-worth clients from China to attend this year’s show, Hood said.

Beijing Sunbelt Media was originally put in touch with the Duncan McIntosh Co., producer of the Newport Boat Show (and publisher of The Log Newspaper, Sea Magazine, Boating World and Editor & Publisher), by Visit Newport Beach Inc., which has identified a variety of other local points of interest for the visiting VIPs from Beijing — including Fashion Island.

China’s continually increasing numbers of affluent, high-net-worth consumers are expressing a growing interest in yachts. And the Newport Boat Show’s wide selection of large and midsize yachts — including the latest new models and ocean-tested brokerage yachts that come already equipped with almost every imaginable amenity — offers them a rare one-stop-shopping opportunity, Hood explained. “Our show is a perfect fit, offering the types and sizes of yachts they are most interested in.”

The Newport Boat Show is celebrating its 40th anniversary this year. The exhibition at Lido Marina Village will present more than 200 new and brokerage power and sail vessels, along with the latest boating gear, engines, marine electronics and services.

For more information on this year’s show, call (949) 757-5959 or visit newportinwaterboatshow.com.