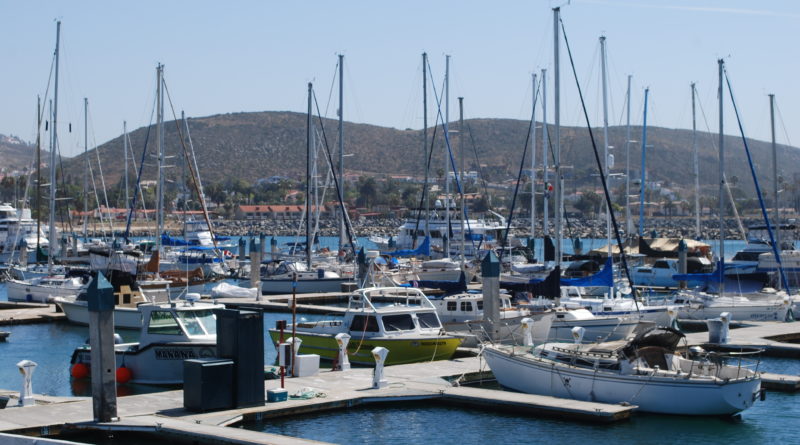 WASHINGTON, D.C. — Three south-of-the-border boating destinations frequented by Southern California boaters were included in a State Department advisory warning to U.S. citizens, asking them to “defer non-essential travel” into Mexico until a later date due to a high risk of criminal or violent activity.

Mexican tourist officials and marina operators, however, rebuffed the travel advisory, stating travel into the country is as safe as ever and reports of Americans being exposed to high-risk criminal activity is overhyped and blown out of proportion by the U.S. media.

The State Department nonetheless re-issued a December 2016 travel advisory for all travelers heading into Mexico, claiming American citizens could fall victim to a variety of violent crimes despite not being individually targeted.

It is unclear whether conditions in Mexico have worsened so much in recent months to cause increased concern among travelers to the country.

On the one hand, the State Department’s travel advisory clearly states American visitors are not specifically targeted. Mexican locals, tourist officials and frequent visitors also say security threats south of the border are not quite as severe as reports of the travel advisory might indicate.

However Mexican federal police were reportedly engaged in a public shootout with suspected cartel members at a Los Cabos resort about six months ago. A couple reports out of the State Department also suggest certain crimes are increasing south of the border – albeit not necessarily involving American citizens.

The travel advisory, issued by the State Department on Aug. 22, claims certain portions of Mexico are high risk due to possible criminal activities involving or threatening American citizens.

Ensenada, La Paz and Los Cabos – boater-friendly port cities in Baja California and Baja California Sur – were among the dozens of cities listed on the State Department advisory. Other cities included on the list were Puerto Vallarta, Puerto Escondido, Cancun, Cozumel, Playa del Carmen and Mazatlan.

Much of the violence, according to the advisory, often involves turf battles and other disputes. Just the same, resort destinations aren’t high-risk areas, the State Department notice stated.

“There is no evidence that criminal organizations have targeted U.S. citizens based on their nationality. Resort areas and tourist destinations in Mexico generally do not see the level of drug-related violence and crime that are reported in the border region or in areas along major trafficking routes,” the advisory stated.

The State Department added some violent crimes occur in more remote places, especially at night or where population areas are sparse and cell phone reception is limited to nonexistent.

“U.S. citizens have been murdered in carjackings and highway robberies, most frequently at night and on isolated roads,” the travel advisory warned.

The manager of Hotel Coral’s marina in Ensensada said Baja California has been quite the international destination in recent times.

Hotel Coral was near or at capacity during the recent Grape Harvest Festival in Ensenada’s Wine County, Fito Espinosa told The Log in an email.

“In reality traveling to Ensenada is very safe,” Espinosa said. “Just recently we had the Vendimia, or Grape Harvest Festival, in Ensenada’s Wine Country from July 27 through August 20. This brought thousands of wine enthusiasts from Mexico, U.S., South America and Europe. This is a perfect example of how perception of safety in the region is viewed by medium to high profile tourist that visit Ensenada.”

Traveling into Mexico is no different than venturing into any major American city, according to Kenia Zamarripa, the director of international business affairs for San Diego Regional Chamber of Commerce.

“Historically, the crime and murder rates in Mexico are on par with large American cities such as Chicago. And just like in the U.S., Mexican cities sometimes experience rises in criminal activity. This is what we are currently experiencing south of the border. Any traveler venturing to a new destination –whether in the U.S. or Mexico- would be wise to be aware of the current environment and take proper precautions,” Zamarripa told The Log.

“The Secretary of Tourism of Mexico registers millions of U.S. citizens safely visit Mexico each year. Mexico offers some of the world’s greatest travel experiences including 34 UNESCO World Heritage sites,” she continued.“You can go to Mexico just as you can go to Chicago, Detroit, New York. Being cautious when traveling is important no matter where your destination is.”

She added several Mexican cities, in an attempt to be visible and accessible to tourists, have increased police presence in recent years.

“The Mexican tourism department is investing all their available resources and efforts to overcome misconceptions. Word of mouth is as much a useful tool as it is a threat. Unfortunately, it can be susceptible to influence from the media and stereotypes,” Zamarripa said.

Capt. Nicole Sours Larson, who keeps a boat in San Diego with her husband, said travel into Mexico is nowhere near as high-risk as the State Department advisory might make it appear. Her column in The Log’s Aug. 25-Sept. 7 issue acknowledged people initially have qualms about heading south of the border but travel into Mexico is ultimately a safe venture.

“Most people have some initial concerns,” Larson wrote in her column. “The first question I usually hear is whether it’s safe to travel by boat to Mexico. The answer is definitely ‘yes.’ Arv and I go to Baja regularly, by foot to Tijuana, where we enjoy dining, and by car or boat to Ensenada. We always enjoy Mexicans’ friendliness, warmth and hospitality.”

Larson added she does not have a heightened concerned for personal safety whenever she crosses the border into Mexico.

“Do we have qualms about our personal safety? No more so than at home. As long as you use common sense and behave normally, you are as safe as, and possibly safer, than at home,” Larson wrote in her column. “By ‘common sense’ I mean: stay in well-lit, populated areas; always be respectful of others; don’t flash wads of cash or lavish jewelry; don’t buy illegal drugs; leave guns at home, and – most important! – comply with all Mexican laws.”

A Dose of Reality

The reality is not whether crime happens – it does – but to understand the extent of the risk wherever you travel.

“Although there is no pattern of criminals specifically targeting foreign or American businesses/personnel, criminals will target anyone perceived as lucrative and vulnerable,” OSAC officials stated in a recent report. “Criminals select victims based on an appearance of prosperity, vulnerability, or a lack of awareness.”

OSAC officials added cybersecurity crimes have been on the rise in recent years.

“There are numerous reports in which U.S. citizens have had their credit/debit card numbers skimmed and the money in their debit accounts stolen or their credit cards fraudulently charged,” the OSAC report stated. “Skimming is the theft of credit card information by an employee of a legitimate merchant or bank, manually copying down numbers or using a magnetic stripe reader or using a camera and skimmer installed in an ATM.

“Exercise caution when utilizing credit/debit cards in ATMs or dubious locales. In addition to skimming, the risk of physical theft of credit or debit cards also exists. Try to use ATMs in bank branches during business hours,” the OSAC report continued.

An OSAC crime report published earlier this year for Tijuana stated the most common crime threats were pickpockets and purse-snatchers.

“These criminals select victims based on an appearance of vulnerability, prosperity, or inattentiveness,” the OSAC report stated.

Homicides in northern Baja California have been associated with a contested battle among three cartels, according to OSAC.

“Per official government of Mexico statistics, the five municipalities in Baja California – Tijuana, Mexicali, Ensenada, Rosarito, Tecate – all had increases in homicides in 2016. Baja California as a whole experienced a 39 percent increase in the number of murder victims in 2016, as compared to 2015,” OSAC staff stated in its crime report.

Baja Insider, a Baja California online magazine, reported about 200 Mexican federal police officers were brought to Los Cabos, after the first few weeks of 2017 experienced a spike in cartel murders.

The increased federal police presence hit a crescendo, according to Baja Insider, in March, when law enforcement authorities engaged in a shootout inside a Los Cabos resort lobby.

“Exercise caution in the northern state of Baja California, particularly at night. Criminal activity and violence, including homicide, remain an issue throughout the state,” the State Department’s travel advisory warned.

A similar warning was issued for travelers to Baja California Sur, which is home to popular boating and fishing destinations such as La Paz and Los Cabos.

“According to Secretaría de Seguridad Pública del Estado de Baja California and Secretaría de Gobernación statistics, the state of Baja California Sur experienced an increase in homicide rates compared to the same period in 2016,” the travel advisory stated. “While most of these homicides appeared to be targeted, criminal organization assassinations, turf battles between criminal groups have resulted in violent crime in areas frequented by U.S. citizens. “Shooting incidents, in which innocent bystanders have been injured, have occurred during daylight hours,” the travel advisory continued.

Visiting Mexico, ultimately, comes down to doing your homework, being cognizant of your surroundings and understanding crimes of all types happen anywhere.