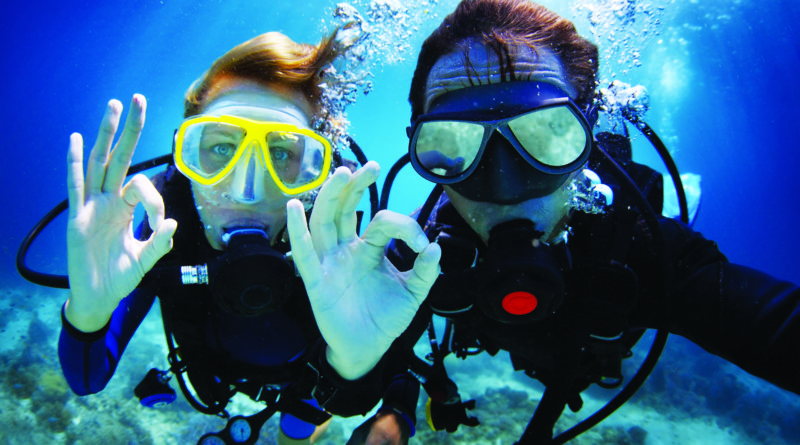 WORLDWIDE—It’s no secret humans are natural explorers. From outer space to the ocean’s floor, human beings look for every opportunity to further seek knowledge about unknown or rarely seen places. With this natural inclination towards voyaging, it may not come as a big surprise that Ocean Space Habitat, a new underwater tent of sorts, has been unveiled to assist SCUBA divers on deeper, longer quests.

The new technology allow divers to rest, eat and take a break while underwater was designed and patented by National Geographic explorer Michael Lombardi and an associate professor at New York University, Winslow Burleson. Ocean Space Habitat is an inflatable, portable device that serves to expand conventional SCUBA dive missions.

In an article by National Geographic, the writer discusses some of the more difficult challenges with dive missions including the possibility of decompression sickness, or “the bends,” which is a dangerous condition caused by gas bubbles building up in blood and tissue. This emergency and others can severely impact a dive and put a diver’s life at risk. A few benefits of the new Ocean Space Habitat are more effective dive missions and safer conditions. The apparatus gives divers respite to remove gear, eat, sleep and other activities as they decompress by swimming into a dry chamber.

Last year, the Manta Resort in the Maldives became the world’s first underwater hotel, creating a new experience for tourists who wish to get up close to the sea. How could the Ocean Space Habitat change underwater voyages and could it eventually be open to the tourism industry? Would there be a demand for ocean camping? Will the Ocean Space Habitat remain research-driven or will this technology expand to embrace underwater camping sites similar to those on land? Only time will tell.