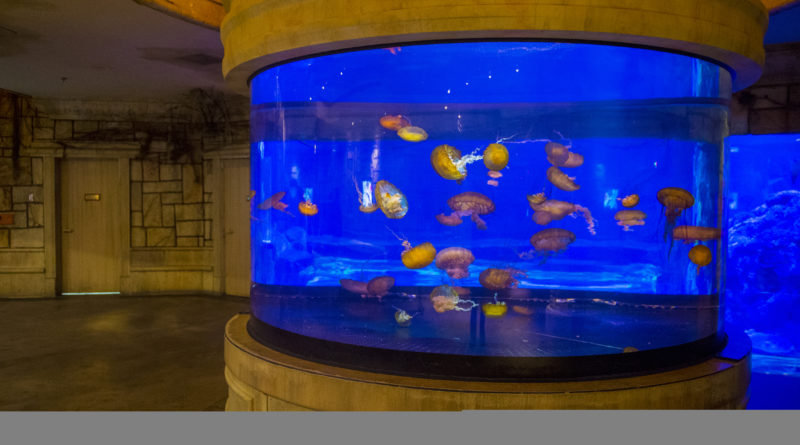 LAS VEGAS — A highly unusual hacking attack on a Las Vegas casino fish tank is drawing comparisons to something that would be seen in an Ocean’s Eleven sequel. The ploy, where hackers broke into a casino by utilizing the thermometer in the fish aquarium, might seem like a movie plotline, yet it is a subject boat owners, and everyone who operates smart devices, should approach with care.

Darktrance CEO Nicole Egan discussed a cybersecurity breach on an unnamed casino, Business Insider revealed during a Wall Street Journal CEO Council Conference in London. Hackers were able to access a “high-roller” database through the fish tank thermometer, which they then signed onto the network and sent the information to The Cloud, a wireless network.

“Internet of Things” (IoT) refers to accessories such as phones, home security systems, and other equipment, including devices found on boats, and access products capable of signing on to the internet. These items, such as the fish tank thermostat, have seen increasing cyber attacks.

An article by GB Gearbrain stated, “Hackers have come up with new ways to break into your data — sending attacks through our appliances, locks, blinds and anything that connects to the internet … Attacks are not going to slow down.”

Statista, a company analyzing statistics from more than 25,000 sources, said an estimated 23.14 billion users are currently connected to a smart device. The company predicted smart device users will nearly double by 2022 and more than triple by 2025.

For boaters, potential equipment that could be targeted on their vessels includes Bluetooth stereos, connected navigational equipment and other technology operating through IoT networking systems.

On one hand, technology is better than it has been before. According to an article by Siren Marine, vessel technology is moving along with the rest of the world and trading in outdated modes of navigation for newer forms, which can, in some cases, detect an emergency before it happens.

There is one fix according to a Wired article: If you had a valuable car, you wouldn’t leave the doors unlocked. To minimize hacking attacks, be sure to turn off your wireless-accessible equipment when you’re not using them.