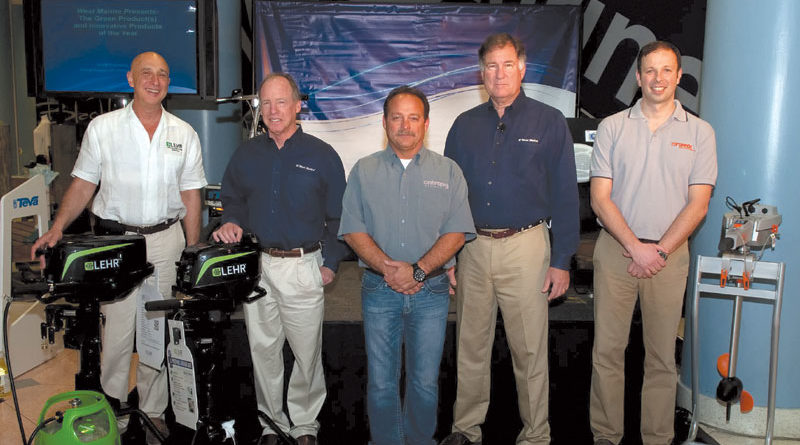 This year’s winners include Entropy’s Super Sap epoxy, Torqeedo’s Travel 1003 Electric outboard engine and Lehr propane-powered outboard engines. All three share the product of the year honor and the $10,000 prize.

The panel made its selections based on the effectiveness, cost-competitiveness, environmental impact, degree of innovation and verification of claims of each of the products.

“Super Sap epoxy has the same properties that have made other epoxy resins popular with boaters, but about a third of the ingredients come from waste streams from paper and biodiesel production, which reduces the amount of petroleum needed for manufacturing,”  Hawley said, in a statement. “We like the combination of product performance and reduced use of nonrenewable resources.”

The Torqeedo Travel 1003 Electric outboard was selected because it provides hours of quiet power, can be used on lakes that prohibit internal combustion engines and because of the motor’s built-in GPS and power monitoring. The built-in GPS and power monitoring tells boaters exactly how much power and range remain, helping to eliminate “range anxiety.”

Lehr’s propane outboards were picked because of the many environmental and other benefits that propane offers.

“They produce far fewer pollutants for the air and water, and they allow cruisers to cast off without the need to carry gasoline on board for dinghies,” Hawley said. “Propane is produced domestically and doesn’t deteriorate when stored like gasoline can. It’s a clean and relatively inexpensive fuel.”