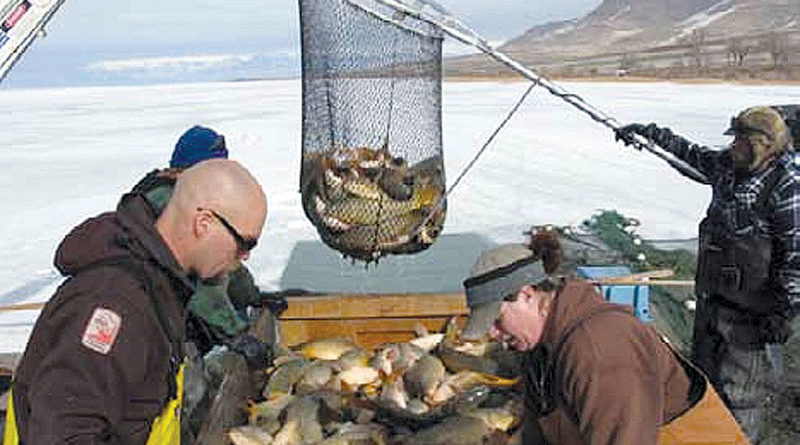 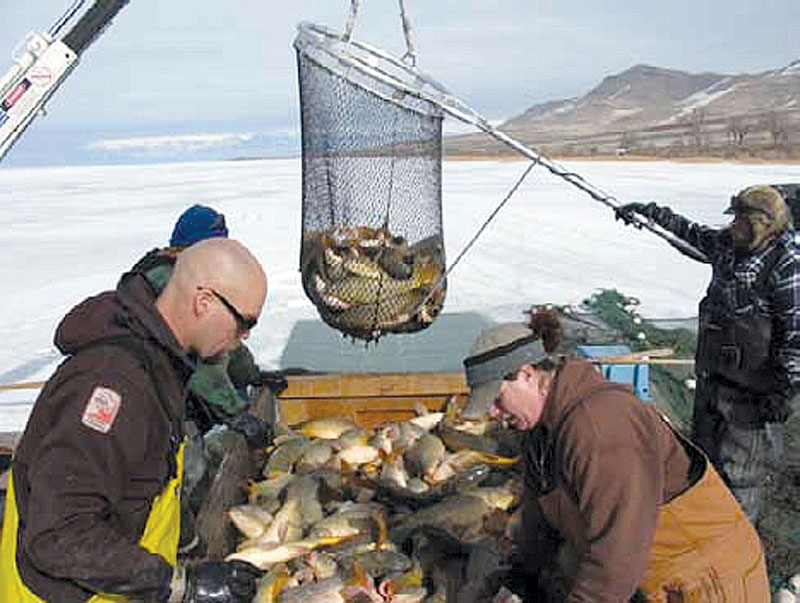 – Commercial fishing crews still have a long way to go to meet the goal of a government program designed to save an endangered fish in Utah Lake. They must remove an estimated 40 million pounds of unwanted carp from the lake west of Provo to help save the rare fish, called the June sucker, the Deseret News reported.

The June sucker is found only in the 151-square-mile Utah Lake and its tributaries. They once numbered in the millions, but dwindled to just a few thousand before being placed on the endangered species list in 1986.

The nonnative carp at Utah Lake tear up vegetation on the bottom that provides important hiding spots for young June suckers trying to avoid predators.

Officials estimate at least 5 million pounds of carp will have to be removed annually to stay ahead of the reproduction rate. The birth rate is one reason the carp eradication project does not have a firm completion date.

Mark Mills, a fish biologist with the Central Utah Water Conservancy District, said nonnative carp have been the dominant fish in Utah Lake since the 1930s. He’s hoping a population crash of them will allow the June sucker to recover.

Loy’s crews trap more than 3,500 carp daily, with the help of a fishing net the length of three football fields. They scoop the carp into one of their flat-bottom boats, and then pull the boat to shore.

Crews use a motorized conveyor to load the fish into a huge trailer. From there, the fish are mostly used for compost.