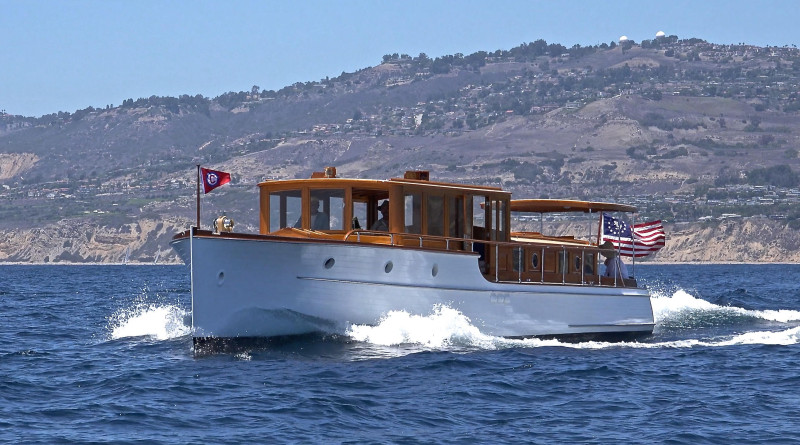 The Back Story: Athena, a 47-foot Stock Cruiser built in Stockton, California by Stephens Brothers Boatbuilders, turns 88 this year. She was constructed with cedar planking over oak frames, solid teak planked sides and aft decks with raised panel teak cabin houses and deck superstructure. Her initial owner was Frank A. Cressey Jr., president of the Modesto Gas Company and a member of the St. Francis Yacht Club. For 65 years, she was in Northern California and used in freshwater. Athena has been in Southern California for the past 23 years. Her previous owners, Dan and Joni Carter of Corona Del Mar, eventually donated her to a foundation in 2011.

What’s in a Name: Athena’s original name was Tapawinga, believed to mean “happy home” in a Native American language. The Carters renamed her Athena after Greek goddess of navigation.

Awards: Athena has won several awards throughout the years. She has won “Best of Show” at Marina del Rey’s Old Fashioned Days At the Park more than once. She also has won “People’s Choice” and “Best Powerboat over 40 feet” at the Balboa Yacht Club Wooden Boat Festival.