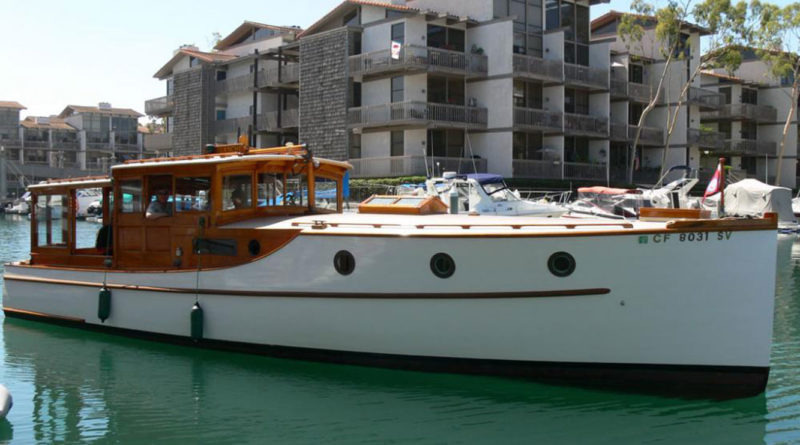 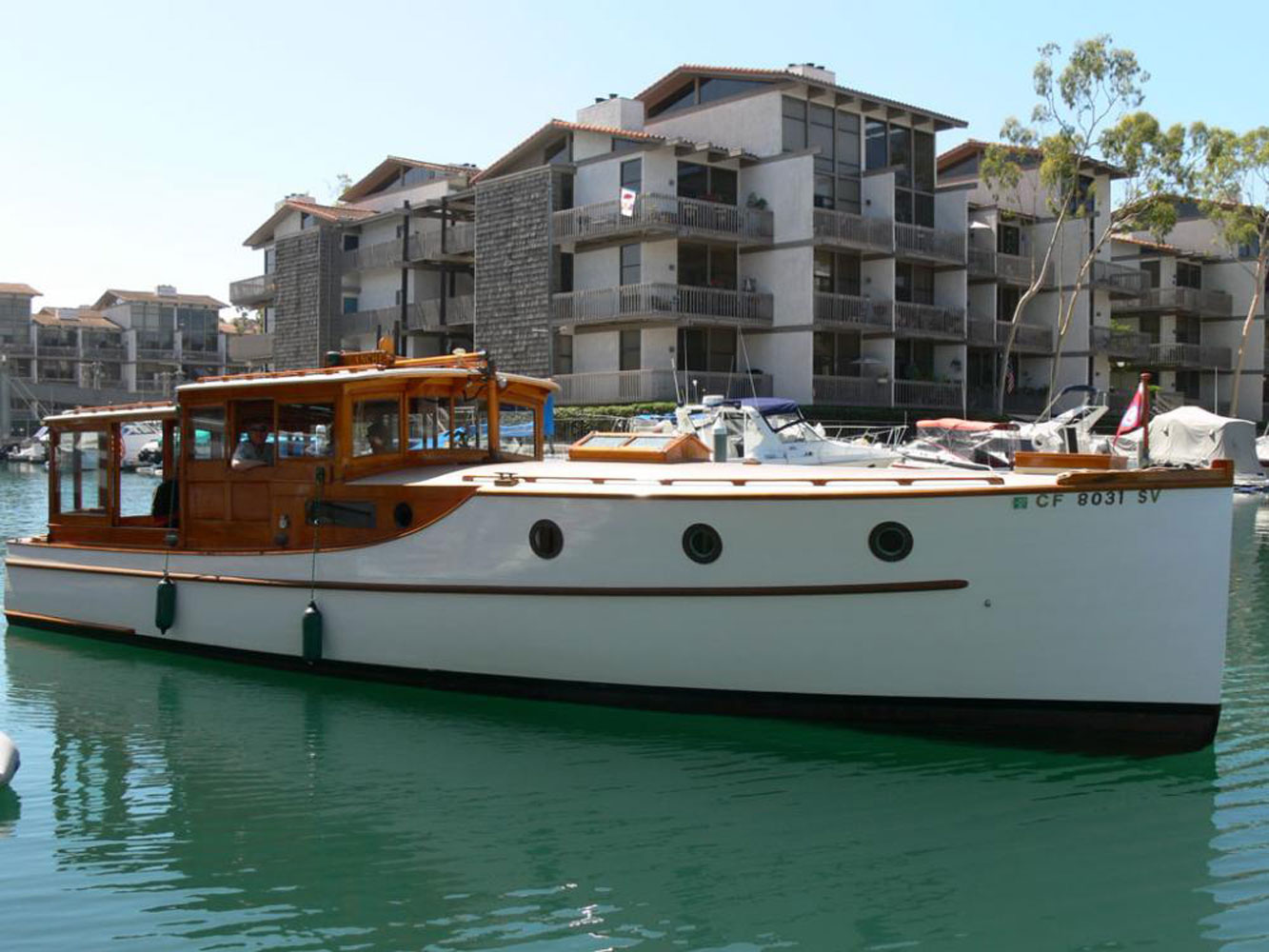 In this feature,The Log looks at notable boats — sail and power — that continue to turn heads in Southern California harbors.

The Back Story: Blanche is a Blanchard 36 Stock Cruiser Classic Wooden Motor Yacht. Fully restored for local cruising, she was built in 1928 in Seattle, Washington, by Blanchard Boat Works. Owner Jed Shafer of Seal Beach and Linda LeMoncheck brought the Leigh Coolidge-designed vessel down from Seattle to Long Beach in July 2003, where she is currently moored at Marina Pacifica in Alamitos Bay.

There were only 25 Blanchard vessels built between 1924 and 1930. Shafer shared a narrative of how Blanchard Boat Company built the stock cruiser in an era when manufacturers began standardizing designs in order to mass produce yachts and make them more affordable for prospective boat owners.

Originally named Blue Boy and later renamed Cimmaron and Dorothy M, Shafer and LeMoncheck call the yacht Blanche in honor of her maker, Blanchard Boat Company, and Blanche DuBois of Tennessee Williams’ “A Streetcar Named Desire.” Shafer and LeMoncheck associated Blanche DuBois with their yacht because she “always relied upon the kindness of strangers.”

At 36 feet, Blanche is the second-largest yacht in the Blanchard Stock Cruisers fleet. The largest yacht available was 45 feet; yachts were also available in 20, 26 and 32 feet.

Restoring Blanche: LeMoncheck and Shafer acquired Blanche from the owner of Ewing Street Moorings in Seattle. Before she left Seattle, Blanche had her mast restored with original hardware, hull refastened and keel, transom and shaft log replaced.

When Blanche arrived via truck at Marina Shipyard in Long Beach, she received some minor work to her hull and some new paint. After the work was completed, Blanche was lowered into the water and taken to her new home at Alamitos Bay Marina.

“You don’t really own these boats,” Shafer wrote in a description of Blanche. “You take care of them, pour in love and attention, and, in their own special way, they return that love to you.”

What’s inside? Blanche was one of the rare Leigh Coolidge-designed Blanchard stock cruisers to have an enclosed aft cabin. Her design is known as a raised deck dreamboat style and features a fully enclosed teak pilothouse. Other highlights include canvas-covered cabin tops in the cock pit, a plumb bow, classic tumblehome transom and 36 feet of waterline.

Shafer and LeMoncheck built a Sunbrella-over-galvanized-steel boathouse “to protect Blanche’s canvas decks and aging wood from the Southern California sun.”

Underneath the hood is a Westerbeke main propulsion diesel engine, an eight horsepower and 72-volt DC electric propulsion wing motor.

Other interesting tidbits: The vessel is also a member of the Classic Yacht Association.