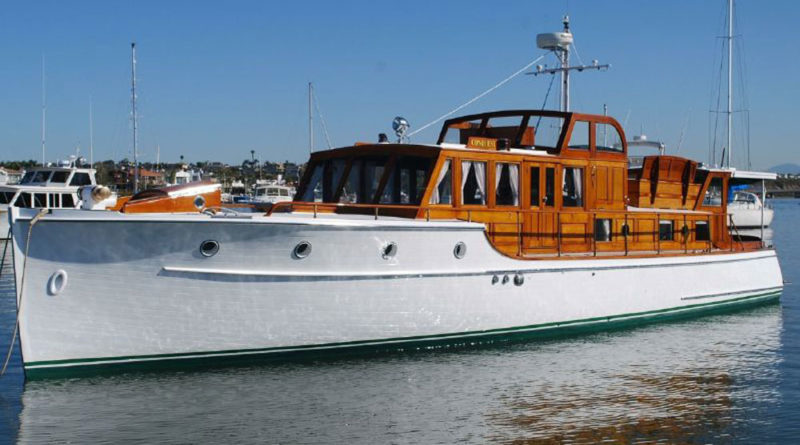 The Boat Formerly Known As …: Conquest was originally Colonel Rheem, named after its original owner. She was briefly The Colonel and later known as Ardbaugh and Royal Oak before being hailed as Conquest by her most recent owners.

The Back Story: The Stephens Brothers shipbuilders in Stockton, California, custom built a tri-cabin cruiser in 1929 for industrialist and yachtsman Donald L. Rheem, a resident of Orinda, California, who later became president of Standard Oil Company.

The Colonel was regularly seen cruising around San Francisco Bay before accompanying Rheem’s wife, Alice, to her residence in Washington State, where she was reportedly forced to live in a mansion on Orcas Island until her death.

A Slice of History: The U.S. Navy commandeered Conquest during World War II and was primarily used as a VIP vessel for inspecting the fleet. Several dignitaries set foot on the 50-foot cruiser during her commission with the Navy, including First Lady Eleanor Roosevelt.

When the war came to an end, the Navy sold Conquest to a private owner. She has since been moving up and down the California coast.

All in a Day’s Work: The 50-footer was constructed of Port Orford cedar, white oak, apitong frames, silicon bronze screws and Burmese teak cabinetry. Her current owners bought Conquest in January 2005, when she was berthed at San Rafael Marina. The owners made a few repairs and brought her to Newport Harbor, where she now resides at Newport Harbor Yacht Club. She still undergoes regular repairs, including maintenance of the original 1956 Hemi engines.

Notes: Conquest makes her way to Catalina’s Moonstone Cove each summer. Playboy used Conquest for a centerfold photo shoot in 1989. Erika Eleniak of Baywatch was the featured centerfold. She once claimed the Newport Harbor Yacht Club Opening Day Commodore’s Award and Werner Trophy. Conquest will be on display at the Newport Boat Show with Chuck Hovey Yachts.