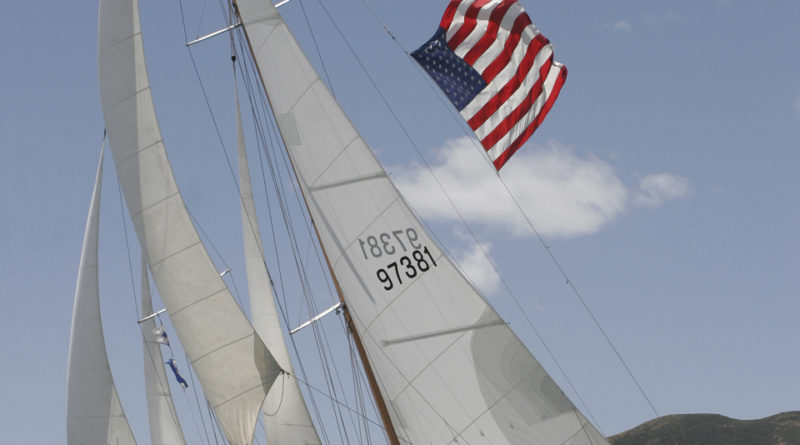 At the Helm: Paul Plotts has sailed aboard Dauntless for 31 years. “I’m 88 and my sailing is restricted but I have had 31 years of great adventures on the Schooner Dauntless,” he said.

The Back Story: Plotts explained Dauntless was built by her designer in 1930.

“Dauntless was built for a New York banker, Horace Merwin, who was a personal friend of John Alden, the designer,” Plotts said. “The boat was built at the Dauntless Shipyard in Essex, Connecticut. She was launched on June 16, 1930 and was immediately entered in the 650-mile race to Bermuda along with Teragram, Curlew and Rose of Sharon, all of which we still race against today.

The Schooner finished the race 17th out of 42 boats, according to an August 1930 issue of Rudder Magazine.

A Slice of History: Dauntless has an active racing resume, which is aptly summarized by her owner.

“From the very start Dauntless was vigorously campaigned. She participated not only in races in San Diego but did a dozen or more in the Newport to Ensenada races,” Plotts explained. “In 1985 she raced in the Ancient Mariners Race to Maui and again in 1991 where we cruised the islands for three months. The classic McNish races out of Channel Island Harbor were a yearly event not to be missed. Immediately after the race we would spend a week cruising in the Channel Islands with a new anchorage every night. 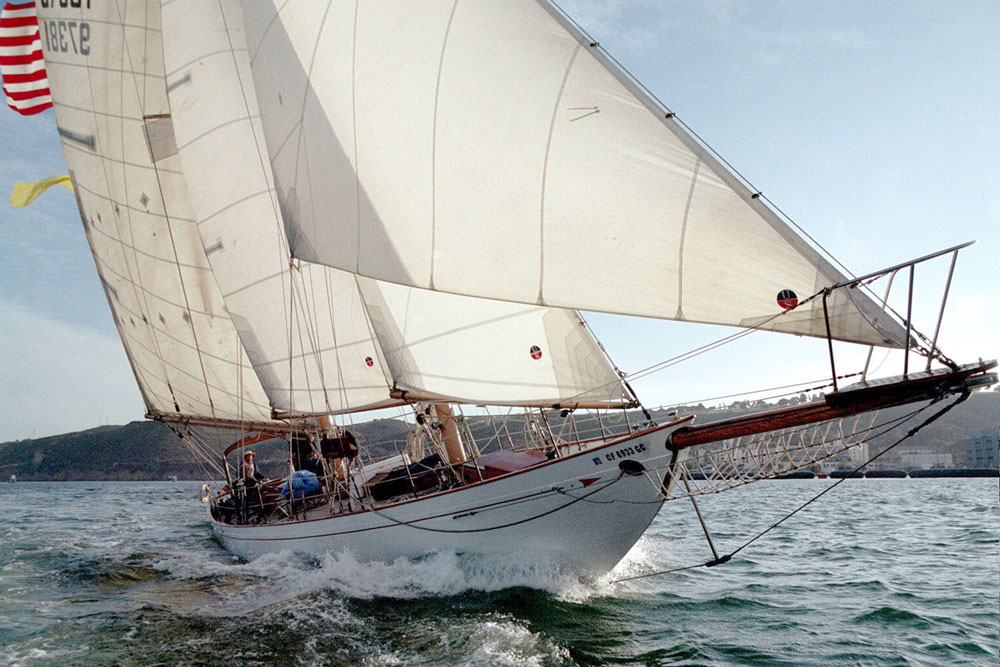 “For a number of years we have taken the boat to San Francisco to race in the Master Mariners Race established in the 1850s,” Plotts continued. “We race with up to 70 other old classics on San Francisco Bay in 25-30 knots of breeze. Schooner Dauntless holds the elapsed time record for the course.”

What’s Inside: A new 135-horsepower John Deere engine was installed aboard the 85-year-old Schooner in 2010. Dauntless also has a new electrical system, freezer and refrigerator.

“Dauntless sleeps six in three staterooms [and features] two heads and a complete galley, plus a large salon for socializing with a pot bellied stove, which is great to come down to after a night watch,” Plotts said.

The main salon measures 13 feet by 11 feet. Her engine carries 70 gallons of fuel in two tanks; up to 240 gallons of water (in four stainless steel tanks) can be stored aboard Dauntless. The inner plank is made of Cedar while Honduras Mahogany defines the outer plank. Dauntless’ decks are made of teak.

Notes: The hull of Dauntless was rebuilt at Derecktor Shipyards in Florida in 1974 and 1975.