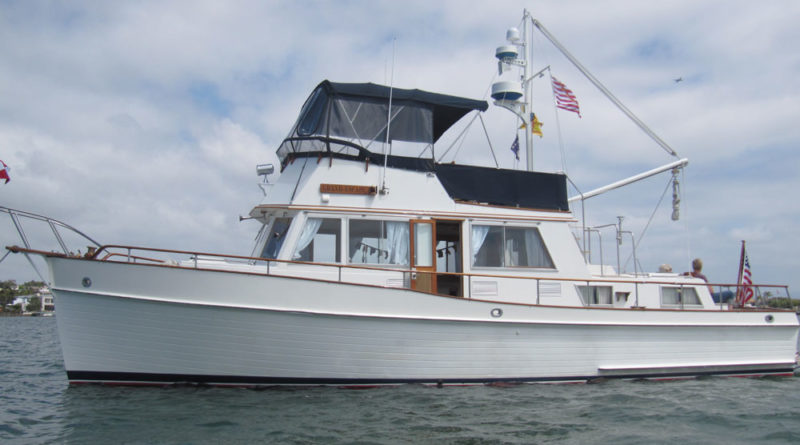 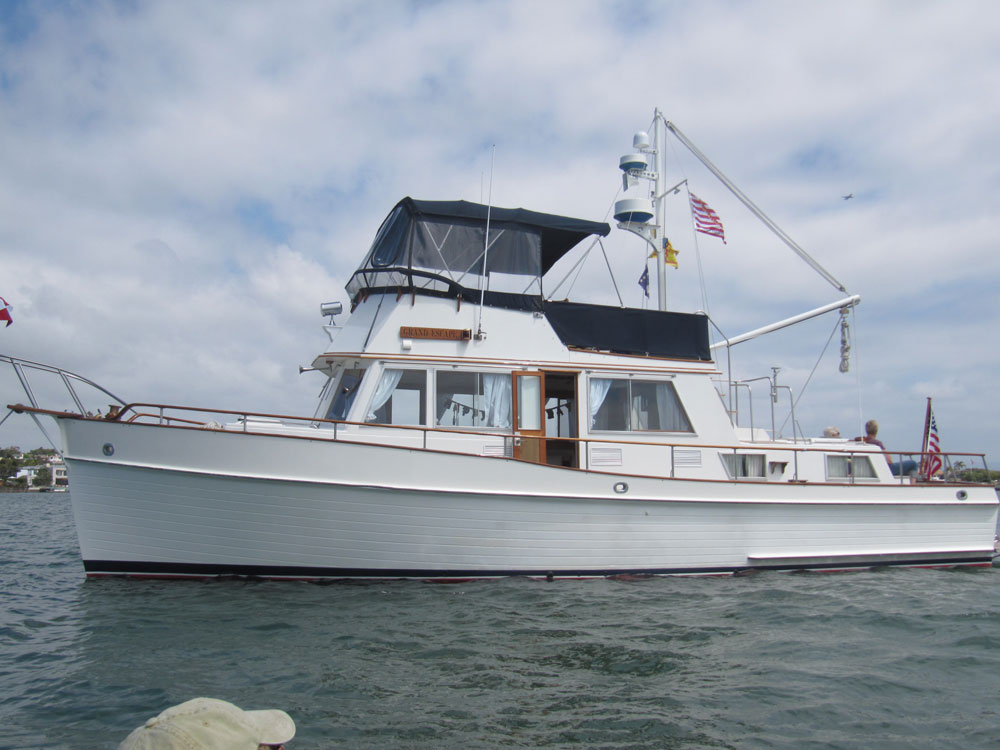 The Back Story: Constructed from 1966 through 2005, Grand Banks is recognized as one of the premier trawler selections for its cruising capabilities and timeless design. So when Wallace McCloud began searching for a new vessel three-and-a-half years ago, he knew the price could be steep.

“Grand Banks are very expensive overall and the ones here locally were for sale in the $200,000s and above,” he said. “That was just more than I could afford. So I worked with [yacht broker] Bob Sherman down in San Diego who’s a family friend. He said ‘hey, let’s look outside. We can always ship the thing.’”

As it turned out, one of McCloud’s business trips took him to Pennsylvania. Flying back west, he made a quick stop into Chicago and drove up to Sturgeon Bay, Wisconsin, to investigate a Grand Banks that was recently listed.

“I had a mechanic and an appraiser there,” he said. “We looked at it, took a bunch of pictures, put in a bid and got it.”
The vessel was shipped to California, where McCloud ran into issues with state weight restrictions. Grand Escape was 7,500 pounds too heavy.

“They had to pump all the fuel out and there went another $1,000,” McCloud said. “So we brought her in and just systematically started rebuilding it.”

A Hard Day’s Night: McCloud spent about $35,000 more than he had planned when he purchased the vessel and also pumped another $40,000 into the restoration.

“That’s boating,” he said with a laugh.

Spending countless hours after work on the boat, McCloud took down the mast, disassembled it into about 100 pieces and had it powder-coated and put back together. All the teak railing inside the hull was recoated. The boat was also rewired and the floor and decking were refurbished.

What’s inside? Grand Escape is equipped with twin 3208 turbo Caterpillar engines, which allow it to motor up to 20 knots. The boat also has a synchronization system for both engines.

Each of the three cabins have air conditioning built in. The mast is outfitted with a digital antenna and booster system. Most electronics are wired into a sound system. The interior salon is furnished with a convection oven, refrigerator and separate freezer.

The stern houses a queen-sized bed in the back, which includes a separate shower and bathroom. The V-berth also has a completed lavatory and two bunks up front.

“We sleep six very comfortably and then we have an aerobed that we put up on the flying bridge,” McCloud said. “We blow that up and then we can throw a couple people up top.”

Identity crisis: The boat has been renamed twice in its nearly three decades of existence. It was originally christened the Embassy Suite and later the Sea Rose III before the moniker was changed to Grand Escape.

Notable Moments in Boat’s History: The hull has had only two other owners. Geoffrey Hodgson purchased the boat new in Florida before selling it to Anthony C. Aiello, who transported the vessel to Chicago.

Recent Notes: McCloud holds a mooring in Catalina, and he and his wife, along with their two daughters, venture to the island about eight or nine times a year. This summer, after the family recently completed a journey to Newport Beach, they’ll visit either San Diego or the Channel Islands.

McCloud also plans for one noteworthy upgrade in the near future—installing Wi-Fi. He said the addition will likely cost about $500, and the hardware wiring should be rather simple to install.