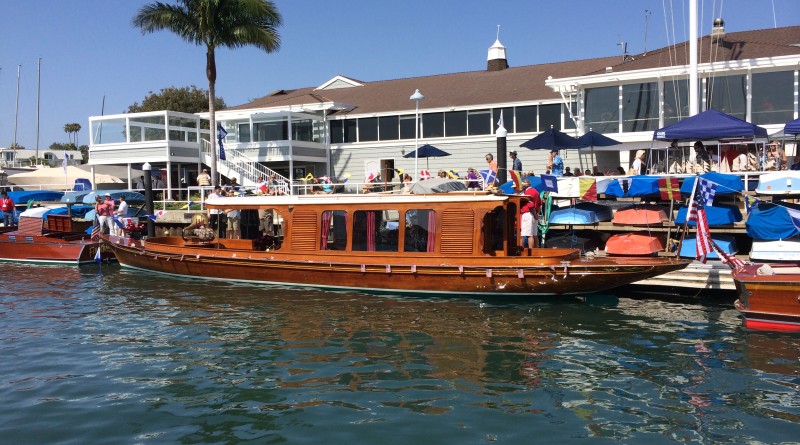 What’s Inside: Humble is a Victorian English Gentleman’s Launch electric boat with a Nelco 3KW engine. The boat was built about 114 years ago in Kensington, United Kingdom. Her hull is made of mahogany on oak. A saloon was added in 1981; Humble was refitted with an electric engine in 1989. A panel of 24 batteries powers the engine.

What’s in a Name: Humble was named Humble by the Golding brothers of Windsor. In 1950 the brothers converted the World War II fireboat into a passenger vessel. Ten years later she was renamed Humble after their grandmother.

“[She] who was known as ‘Humble by nature, Humble by name,’” a storyboard of the Gentlemen’s Launch read.

A Slice of History: Like Victoria Fash’s other boat, Lady Isabelle, Humble earned her stripes during WWII, serving as a fireboat in London and putting out warehouse fires caused by the enemy’s bombs. During this time the boat’s name was Abel 1.

“Fitted with a diesel engine and steam driven pump, she produced high jets of water to put out warehouse fires caused by bombs falling during the Blitz, thus saving not only lives, but critical military supplies for the war,” said the storyboard.

A few years after WWII Humble became a passenger vessel along the Thames River.

It was not until 1960 when she was renamed Humble. After falling into disrepair at the turn of the century Humble underwent a complete overhaul and is now fully restored with Fash at the helm.

A Dash of Royalty: Prior to her involvement in WWII Humble had hosted a fair share of dignitaries, including the Prince of Wales.

The prince commissioned her in the early 1900s for a grand European tour. Fast forward to 2003 when Humble hosted Hollywood royalty: film producer Iain Smith.

Humble hosted Smith, who produced films such as “Mad Max Fury Road” and “Blade Runner” during the Henly Festival, an event celebrating music, food and art on the Thames River, in 2003.

Miscellany: “One of Humble’s unique features [are] her clean lines, which incorporate a graceful raked bow and lovely counter-stern,” the vessel’s storyboard stated. “The saloon was designed after a boat in the National Maritime Museum in London.”