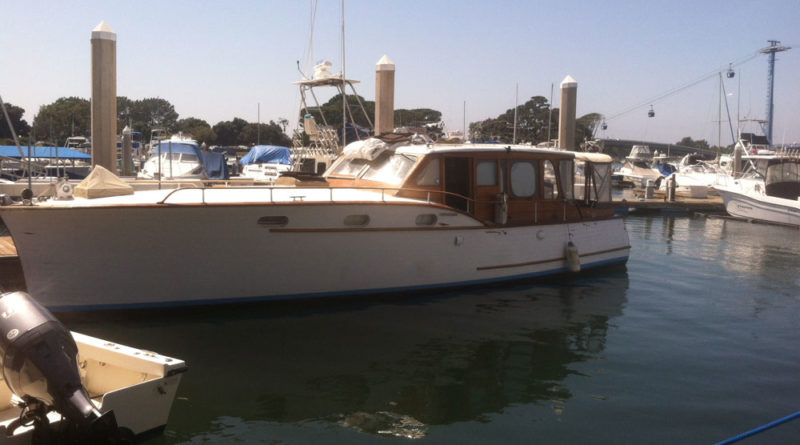 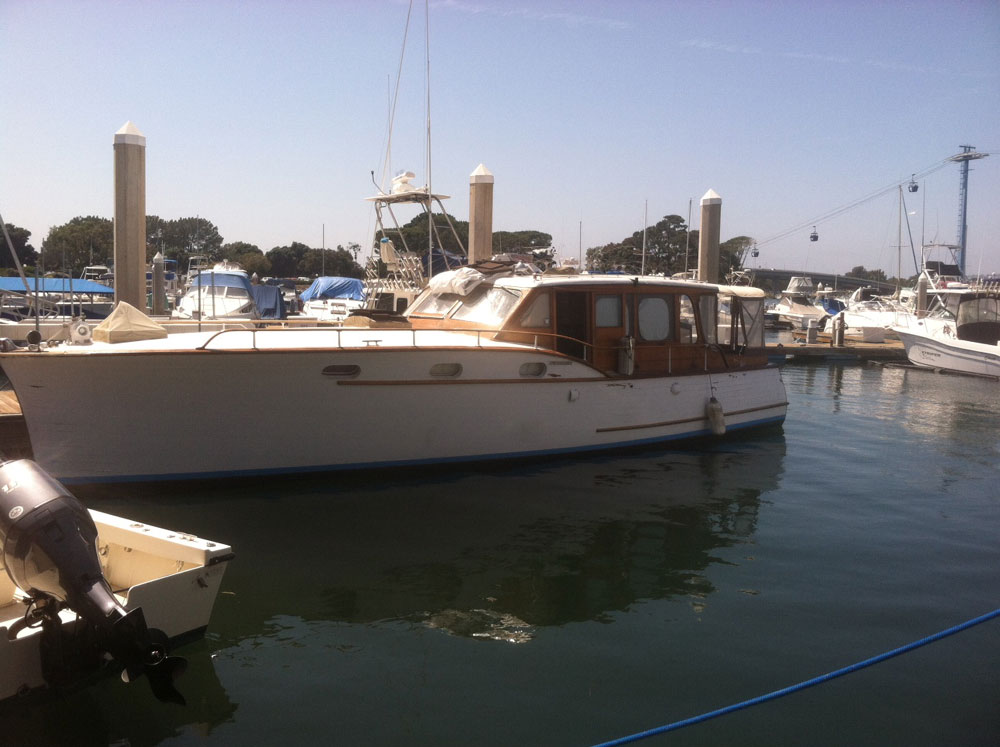 The Back Story: My Sweet Miss was built by Stephens Brothers Boat Builders and Designers, which operated from 1902 to 1987. The vessel was the final production delivered by the company prior to World War II.

Capt. Dan Payne, who owned the boat for six years, currently skippers the boat and maintains it for the owners, a husband and wife based in San Diego.

Payne purchased the boat in the late ’90s and transported it to Southern California from Stockton, Calif. The first owners were a young cattle farming couple in their late 20’s. The pair owned and operated the Circle Bar R Ranch in Stockton.

Payne sold the boat to the San Diego couple, who requested their names be withheld, about 10 years ago.

What’s in the name? The boat was originally named the Circle Bar R. It went through two other name changes.

“Then it came to me and, with my last name being Payne, a friend suggested Payne’ Pleasure,” Payne said. “From me, it went to My Sweet Miss, which I think may be some kind of term of endearment between [the owners].”

What’s inside? My Sweet Miss is powered by flathead straight six Chrysler marine engines, which have been replaced and upgraded through the years.

“It has that Harley Davidson sound that everybody loves,” Payne said. “I fire those up on a Sunday and people line up to watch.”

Inside, the salon is all open, and the cockpit area, which includes a classic pew-like bench, is enclosed with a canvas. Moving to the galley, the boat’s dinette converts to a double berth and includes an original gas stove and ice box.

From the bow, the vessel has an exit and escape hatch, two over and under bunks on starboard and custom-built seats inside.

Riding in Style: My Sweet Miss attracts quite the crowd. Payne said when cruising into the boat’s slip, the owner often requests the classics to be played at high volume.

“He likes when I put on Sinatra,” Payne said. “I’ve got a cigar and a martini. I don’t drink when I’m driving the boat, but all the people just eat it up.”

Notable Moments in Boat’s History: The boat was originally purchased in 1941 for $11,500. The vessel’s rail, which was optional during construction, was purchased by the first owners for $750.

My Sweet Miss has docked in the same slip for the past 16 years, and the vessel is the owner’s first boat.

Recent Restorations: Payne said the 73-year-old hull is about six months behind on maintenance and is constantly undergoing restoration projects, which he will work on through the summer months.

The engine will soon be issued a tune-up, and the transmission, exhaust and fuel system will all be reworked. There are plans to haul the boat out by the end of this year, where they will strip the exterior down to wood and coat it with new paint, varnish and bottom pain.

Recent Notes: Payne has cruised My Sweet Miss over to Catalina Island four times. On the coast, the owners and Payne can be seen cruising on Mission Bay, occasionally stopping in San Diego Bay.