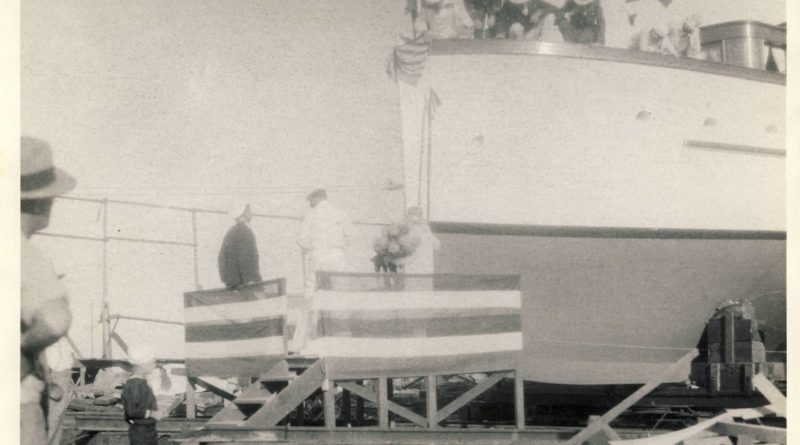 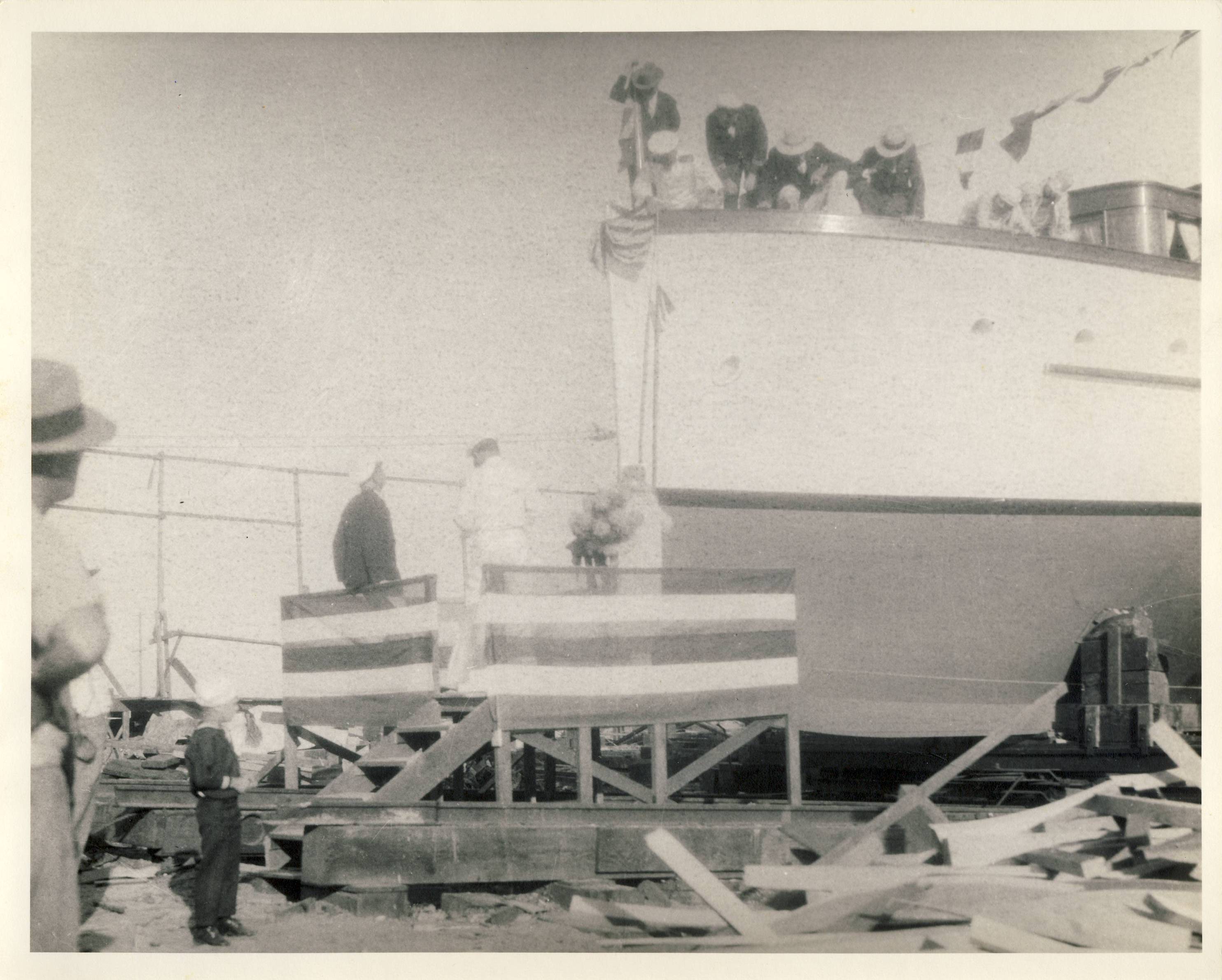 Year Built: 1929. Daniel Callis, one of the founding members of Long Beach Yacht Club, was the naval architect of the boat. Built at Harbor Boat Building on Terminal Island in Long Beach, Calif., Portola was made through tug boat construction.

Charles Licha, the current owner, bought her in 1960 from Joe Rose, the former mayor of Pismo Beach.

“He had just bought it when I first saw it and I thought, ‘Boy that’s a beauty,’” Licha said.  “I told him if it’s ever for sale let me know; he didn’t but I found an ad for it years later and bought it from him just the same.”

“She’s made with 8 by 8 inch frames, put together with these 5/8 square spikes,” said said Rick Fricke, Licha’s son in law. “She weighs about 100 tons, she was built really heavy.”

“It burns 6 gallons of fuel an hour at 10 knots, and the engine has no transmission, it’s very unusual,” Licha said. “When you’re driving forward you have stop the engine so you can reverse the cam before reversing the boat.”

Another notable attribute of Portola is that her exterior was and still is entirely composed of varnished teak.

“One of the rumors I’ve heard is that it was built for the chairman of the board for General Motors; he wanted a Winton diesel and for whatever reason they wouldn’t give him one,” Licha said. “So General Motors bought Winton Motor Carriage Company. That way he got the engine for the boat – had the patents and everything – and it was launched on time.” Notable Moments in Boat’s History: She’s been in a lot of movies over the years, Fricke said, her most notable role was in “Some like it Hot. She was also featured in a movie called “Dangerous Charter.” The entire movie was shot on the boat.

“It’s a really kind of a b movie; it was done by Robert Gottschalk, the guy who invented the Panavision lens,” Fricke explained. “He invented this lens and did the entire movie on the boat to show how his camera would work in small areas. Portola cuts another boat in half, there are shoot outs – it’s a really fun movie to watch.”

If you asked Licha, he’d tell you that his most notable moment on the boat was also the most dangerous, when he cruised through a storm from Puerto Vallarta to Los Angeles several years ago.

“There was a consistency of wind up to 50 knots and gusts up to 85 knots; we were 46 to starboard hour after hour, the skipper was sick, the first mate was sick, it was me or nothing,” Licha recalled of the incident for which he was featured in The Log. “That was the only bad deal I ever had on it. That was the most exciting trip I’ve ever had. I’m not afraid to go in any seas with Portola because she’s a very sea worthy boat- it draws about 8 feet of water.”

The boat suffered no damage, he added.

Famous Skippers Who Have Been Aboard: “I know it was once owned by Victor Flemming,” Fricke said, recalling the producer of “The Wizard of Oz.”

“I’m not into celebrities too much but they got photos of Marilyn Monroe and Tony Curtis on the boat,” Licha said. Recent Notes: Over the years she’s been completely renovated, Fricke said. She has a caterpillar auxiliary engine and running bow thrusters.
“She’s in tip top shape with the Winton original engine in her,” Licha said describing the classic motor, built with 8 inch bores and a nearly 12 inch stroke. “I had it overhauled once in 50 years. I could go to Hawaii tomorrow, no question.”

Portola, which is surveyed for damages yearly, has two 12kw generators, one vc cruising generators, and 2 ac generators.             While there are no plans to sail the vessel anytime soon, it is used for family parties and sometimes a photo shoot every now and then, Fricke said.

“The photo shoots are easy because they come in crews of 12 or 13 and bring good food,” he added. “This last one was babies up to seven year olds for a clothing label owned by Gymboree.”