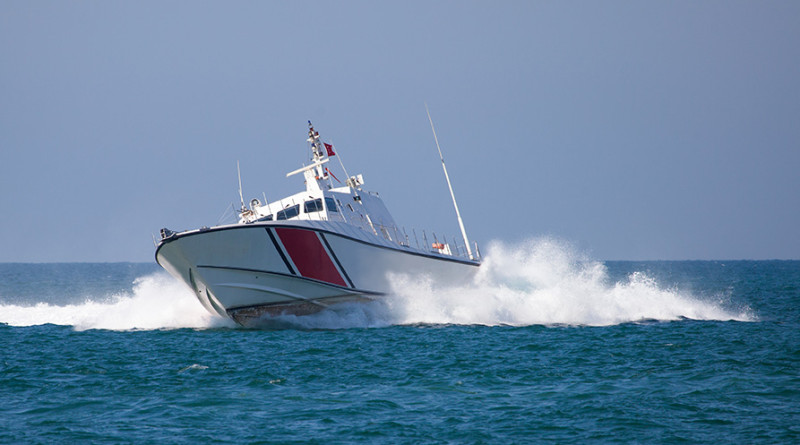 WASHINGTON, D.C. — Boating participation is up and the number of casualties or injuries occurring aboard a vessel has been diminishing since 1971, but the U.S. Coast Guard hopes to increase its outreach efforts so boaters can continue to be educated about safe navigation.

The Coast Guard released its National Recreational Boating Safety Program: 2017-2021 Strategic Plan a few weeks ago in an effort to engage boaters in safer navigation while implementing better informed policies.

This strategic plan, if fully implemented, could result in comprehensive regulatory reform. As a result boaters could face stricter enforcement of boating under the influence of alcohol or drugs, a ramp up of educational and outreach efforts through state-mandated boating courses and policies requiring high-risk boaters to wear life jackets, among other issues.

The Log takes a look at some of strategic plan’s initiatives and provides resources of how boaters can become more involved with the development of boating safety policy and initiatives.

The federal agency estimates more than 70 million people participate in recreational boating activities across the United States each year.

“Recreational boating has significant economic impacts and is an important part of the American heritage and culture,” the Strategic Plan’s foreword section stated.

Increased boating participation means a greater need for awareness, education and preparedness, according to the Coast Guard.

“Despite historic reductions in fatality rates over the past 45 years, there are still significant opportunities for improvement. While most members of the boating public practice safe boating behaviors, gaps in individual preparedness and situational awareness remain,” Coast Guard staff stated in its latest five-year strategic plan.

Coast Guard officials hope to reduce total deaths and casualties, nationwide, by about 4.5 percent by 2022.

Violations of navigation rules were a common source of accidents, deaths and injuries as pointed out by the strategic plan.

An estimated 24 percent of total accidents in 2014 were the result of operator inattention and improper lookout, according to the Coast Guard.

One of the goals of the strategic plan is to figure out why these incidents occurred.

“Capturing data that can be interpreted and applied in the field will better target public adoption of safer boating behaviors. Program effectiveness will improve as we employ proven and evidence-based prevention models,” the Coast Guard stated in its 2017-2021 Strategic Plan.

Several initiatives were outlined in the 29-page strategic plan, all proposing to either improve or update boating safety education, outreach and policy.

Plenty of Room for Improvement

Increasing boating safety is the top priority of the strategic plan, according to Coast Guard officials. Gaps still exist, however, in awareness of certain laws and use of safety equipment, the strategic report stated.

Being aware of and complying with laws governing alcohol or drug use while navigating a vessel, for example, is one area where improvement is needed.

Regulation of current safety equipment, such as lighting or lifejacket use in high-risk situations, needs to be upgraded, according to the Coast Guard.

Technology is another concern, according to the Coast Guard, as boater assimilation is not keeping pace with the latest gadgets and products.

Greater effort should be made in adopting newer technologies, such as inflatable life jackets or electronic visual distress signals, the Coast Guard stated in its strategic plan.

Changing demographics and the introduction of human-powered crafts has altered how boating safety policy should be crafted, implemented and consumed.

Upgrading manufacturer safety regulations/compliance should also be a high priority for the boating industry, according to the Coast Guard.

“There is also a need to improve law enforcement training, particularly in the areas of operator impairment and navigation rules,” a portion of the 2017-2021 Strategic Plan stated.

A standardized boater education program could be incorporated nationwide to establish best practices for on-the-water skills and knowledge.

“There is a need to enhance education, training and targeted awareness efforts in ways that create systemic shifts toward safer behaviors,” the Coast Guard stated. “This shift produces a population that values safety and is motivated to seek more recreational boating education and training.”

Efforts to improve boater awareness and education would include lifejacket use campaigns nationwide and targeting high-risk groups for behavioral change.

Educating boaters about lifejacket use is a significant portion of the awareness campaign. About 83 percent of boaters who drowned were aboard small vessels (21-footers and smaller).

Coast Guard officials believe digital media would be an effective tool in delivering safety messages to younger generations, such as the value of wearing lifejackets.

Most boating accidents/collisions, according to the 2017-2021 Strategic Plan, occur in the boat operator’s homeport.

“This indicates that boating risk factors depend on operator behavior patterns specific to those trips. Gathering data about and analyzing these behaviors as combinations of integrated factors can collectively reveal risk patterns over space and time,” the Coast Guard stated in its most recent strategic plan. “Such organized data can help professionals develop interventions to increase safe behaviors.”

To this end the Coast Guard hopes to develop a central recreational boating database. The database would aggregate data and help guide injury-prevention programs and evidence-based policymaking.

The 2017-2021 Strategic Plan, which is the third in a series of five-year strategic plans, pointed out boating participation increase significantly since Congress created the National Recreational Boating Safety Program in 1971.

“The estimated number of recreational boats has more than doubled, while the number of reported boating casualties (the sum of deaths and injuries) has decreased by more than 50 percent. While this trend is impressive more can be done,” Coast Guard officials stated in the Strategic Plan.

The Coast Guard’s point person for the National Recreational Boating Safety Program: 2017-2021 Strategic Plan is Rear Adm. Paul F. Thomas. There are a handful of other stakeholders you can reach out to on the topic of boating safety, including National Association of State Boating Law Administrators (NASBLA), California Division of Boating and Waterways, and Recreational Boaters of California (RBOC), among others.

Thomas and Coast Guard officials state stakeholder and boater input are essential to developing more effective boating safety policy. Contact any of these agency or organizational representatives to provide input of how you think boating safety can be improved.