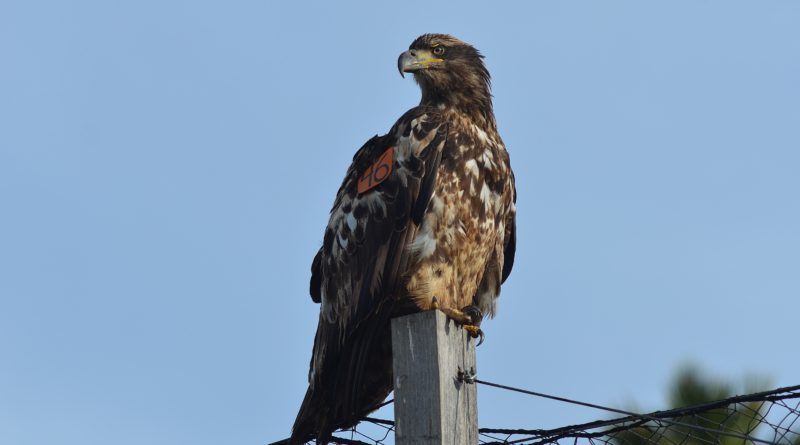 If you have been fishing off a boat lately around Catalina Island, you may have had a close encounter with one of the island’s majestic residents.

In fact, a bald eagle recently came swooping down nearly snatching a fish right out of an angler’s hands. 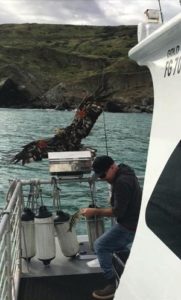 This particular eagle, named Tiana, is not afraid of humans and even likes children. At only 10 weeks old, she experienced two broken legs and was cared for by people.

“She was in a nest in a tree and a huge branch broke off of it and either shook her out or scared her out of the nest probably a week before she could fly,” Dr. Peter Sharpe told The Log.

Sharpe went on to explain how Tiana was handfed as a chick and stayed for a time at a camp, Catalina Island Marine Institute, where children ran around below her nest.

Tiana, who grew up around children and had grown fond of them, went to hang out at the local school shortly after her release. She even took permanent residence on the island.

“She’s one of the rare young birds that actually never left. Usually they take off the first fall and spend time on the mainland…flying anywhere as far as British Columbia before returning to Southern California,” Sharpe stated.

As a resident of Catalina Island, Sharpe has been directing the bald eagle restoration since 1997 due to DDT pollution. A huge dumpsite was discovered off of Palos Verdes. The contamination was causing eagle eggs to be too fragile to hatch. With eggs not hatching, the eagle population was dwindling.

Sharpe started incubating the eggs in 2005 and fostering the chicks. Eagle eggs are now finally strong enough to hatch on their own.

Currently, it is banding season on the island. Hatched chicks are checked for gender, blood work and given bands for identification.

Cameras set up by the Institute for Wildlife Studies (IWS) allow for anyone to view the bald eagle nests. Live videos are available on the IWS website at bit.ly/2pPWnTa.