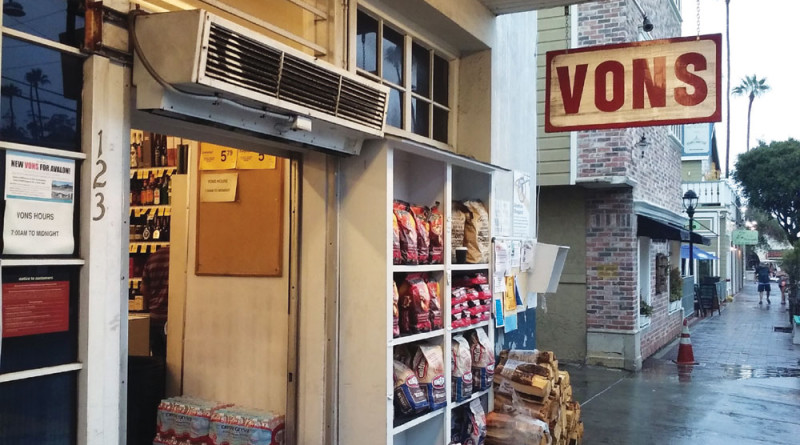 AVALON — Avalon’s City Council convened on Sept. 1 and approved contract documents for a fuel dock replacement, resolved to move forward with plans for a new Vons and reached an impasse on whether to clarify its position on freight services to Catalina Island.

The City Council unanimously approved contract documents for the design and public bid process for the Avalon pier fuel dock.

“We were able to satisfy the Coastal Commission with our new design. Our problem now is getting the project completed by March 2016. By that time, the way it is now, our grant expires,” Jaich told council members. “It’s a matching grant of $1.2 [million].”

The minimum bid is for complete demolition of the current fuel dock and then rebuilding a new one, installing an up-to-date fuel office and constructing a men’s and women’s restroom. An alternate bid would require the contractor to build everything in the minimum bid plus add a new café and upgrade the adjacent open deck. Contractors can respond to one or both bids.

A resolution upholding a Planning Commission decision on appeal for a new Vons project in Avalon was unanimously approved by the City Council; Mayor Ann Marshall and Council member Cindy MacGugan-Cassidy recused themselves from the vote.

The council held a public hearing on Aug. 4 to hear an appeal of a Planning Commission decision on the benefits of a new Vons market in central Avalon. Council members adopted an amended Mitigated Negative Declaration and approved the project as a whole at the meeting.

Council members affirmed the Aug. 4 vote on Sept. 1, allowing the project to go forward with approved benefits and conditions.

There are currently two Vons market locations in Avalon; a new Vons would be constructed at 240 Sumner and consolidated the two small markets into the larger location.

Council members were divided on whether to send state officials clarifying letters regarding recent votes relating to freight services to the Island.

Council members were to vote on whether to send an official letter to CPUC members on Sept. 2, informing them of the council’s support Avalon Freight Services’ pending application with the state agency. However, the three participating council members on this agenda item did not entertain any motions for a vote; two council members recused themselves from the discussion.

The Sept. 2 letter would have included copies of previous letters on city letterhead to the CPUC and State Lands Commission. An Oct. 24, 2014 letter from Avalon council members to the CPUC, for example, supported Avalon Freight Services as the official shipping company delivering goods to and from Catalina Island. A June 10 letter from the council to State Lands Commission members explained the value of freight delivery services to Catalina Island.

“Most essential goods required to sustain the community – including food, clothing, fuel and building material – must be shipped over from the mainland to the island. The city of Avalon is in favor of free competition for freight delivery service to Catalina Island. Should the State Lands Commission decide to allow for multiple subleases at the Pebbly Beach location in Avalon, the City Council would be supportive,” the June 10 letter to State Lands Commission read.

The City Council ultimately took no action on this agenda item, meaning, for the time being, official letters from the dais would not be sent to the CPUC or State Lands Commission to clarify previous votes on freight services.