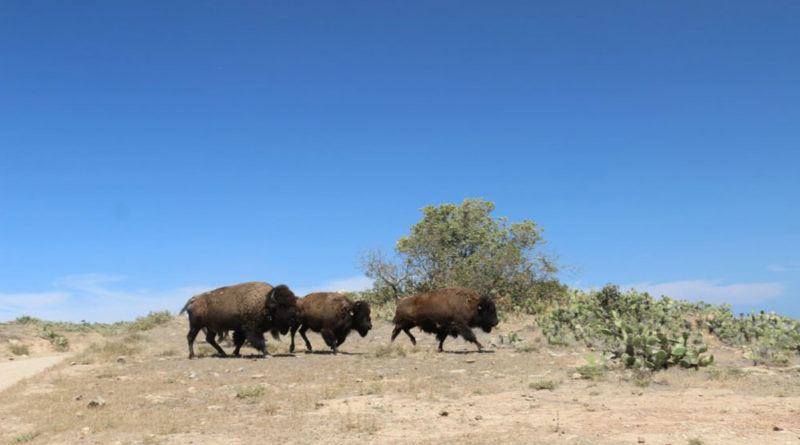 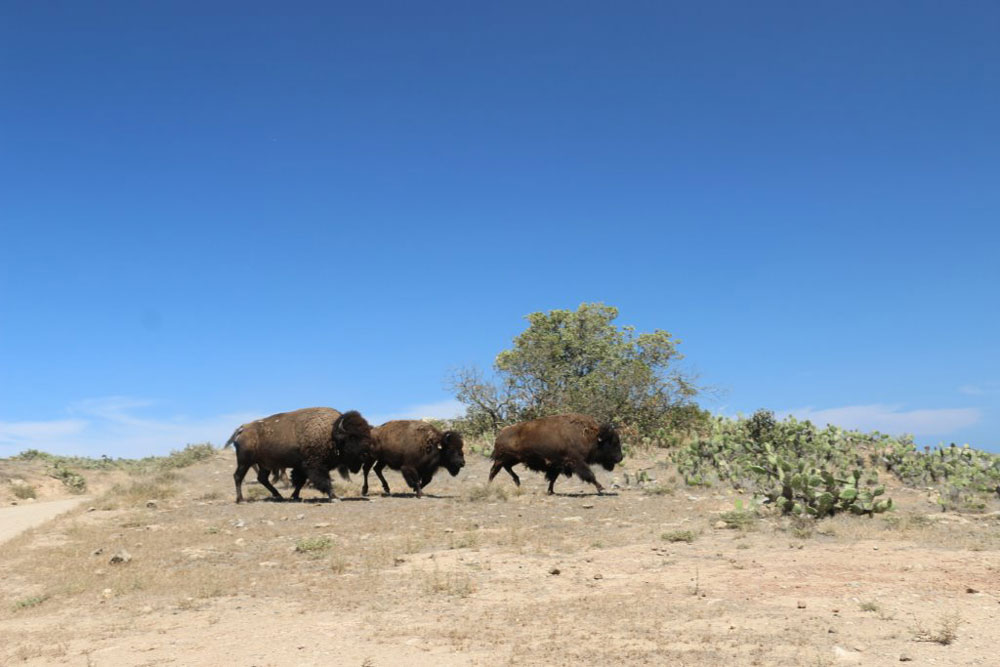 AVALON —  The herd of wild bison roaming Catalina Island is in danger due to the state’s extreme condition. The parched grounds have resulted in a lack of food and water resources for the iconic species.

To protect this species, the Catalina Island Conservancy has announced that it is providing food and water to the herd and seeking donations to help pay for these additional supplies.

“Through an innovative contraception program, the Catalina Island Conservancy has reduced the herd’s size to less than 150 to ensure the bison and the Island can thrive,” said Ann M. Muscat, Conservancy president and CEO. “But the extreme drought conditions have created an emergency need for more food and water to keep the bison alive. We urge our supporters and all who enjoy this iconic species to help protect the bison by supporting the Conservancy’s program to provide additional food and water supplies for the herd.”

The Conservancy, which protects 88 percent of Catalina Island, owns and manages the bison.

Joe Kalla, the Conservancy’s chief operating officer, said the Conservancy is shipping hay to the Island to feed the bison. Staff has also placed water troughs around the Island and is replenishing those supplies. Kalla said each feed shipment costs $8,000, and he’s not certain how many shipments may be needed before winter rains restore the grasses on which the bison feed.

“Normally, the bison would bulk up on grass during the rainy season so they can survive during the dry season,” Kalla said. “But we had a scant 5 inches of rain this year, so there wasn’t enough grass for them to bulk up. Bringing hay to the Island will ensure their survival until the rainy season.”

Jordahl Construction Inc., a construction firm in Avalon, already volunteered to help with deliveries by offering to bring a trailer-load of hay on the barge it is using to ship supplies to the Island.

The bison were brought to the Island in 1924 for a movie that was never made. With no natural predators, the herd grew to as many as 500. The Conservancy had previously conducted studies that found the Island could support only about 150 to 200 bison. To control the herd’s size, the Conservancy had been periodically conducting roundups and shipping bison to the mainland. But the shipments were costly and caused stress for the bison. The herd also grew beyond ecologically sustainable numbers between shipments.

The Conservancy launched an innovative contraceptive program in 2009 that has proven to be a cost-effective and humane alternative for protecting the Island and preserving a herd on Catalina. Before the contraceptive program, more than 2/3 of the female bison delivered calves every year. After receiving the contraceptive, the calving rate dropped to 10.4 percent in the first year and 3.3 percent the following year. In 2013, exactly one calf was born and no calves have been born this year.

Feeding the herd is permitted under California law because the bison are not native to California and are registered as livestock, rather than wildlife.