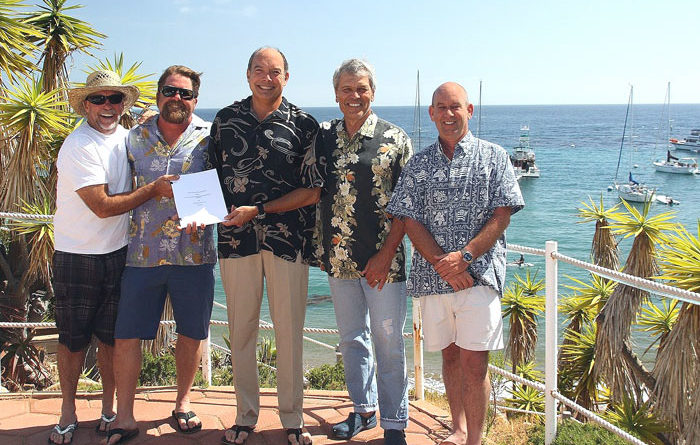 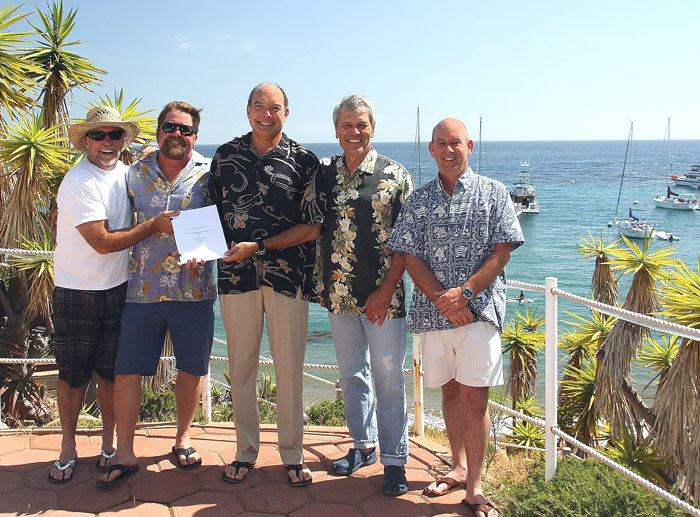 TWO HARBORS — The Santa Catalina Island Co. (SCICo) announced it has signed a long-term lease agreement with Corsair Yacht Club and Blue Water Cruising Club for their continued use of Emerald Bay and Big Geiger Coves on the island.

The agreements will allow the clubs the continued use of the two private coves located near Two Harbors. Additionally, the lease agreement secures Corsair YC’s use of facilities on Emerald Bay and Blue Water Cruising Club’s use of Big Geiger Cove.             Both agreements have been signed in coordination with both clubs’ 50th anniversaries of hosting activities on the island.

“At their request, we provided the yacht clubs a long-term agreement that provides real security and enables them to attract new members. as well as to help justify capital improvements to the premises,” said Randall Herrel, CEO of SCICo. “It also helps SCICo establish closer working relationships with these clubs because they and others are very important in providing input to our long-range plans for Two Harbors and the West End of Catalina Island.”

Based out of Emerald Bay at the West End of Catalina Island, the yacht club hosts cruises to other Catalina coves, the mainland and monthly dinner meetings in Long Beach. The club’s 75 members are active in fishing, diving, hiking, kayaking, navigation and other water-based recreation.

“SCICo and the Corsairs share the common goal of promoting boating activities at Catalina Island, specifically at Emerald Bay,” said Gary Fowler, Corsair YC’s lease committee chairman. “The terms of this agreement keeps our membership at a reasonable rate, which allows us to attract new members and continue to have a strong boating presence at Catalina.”

Blue Water Cruising Club, a nonprofit organization founded in 1945, has leased the shore facilities at Big Geiger Cove since 1953. The club maintains the cove facilities for its members and their families. Limited to 55 boats, the cruising club ensures equal access to the cove and the facilities, even during the busiest summer weekends.

“We are very happy to have a long-term agreement in place,” said Bill Lewis, junior staff commodore of Blue Water Yacht Club. “Catalina is our oasis where our members can escape the big city and crowds and go hiking and relax.”