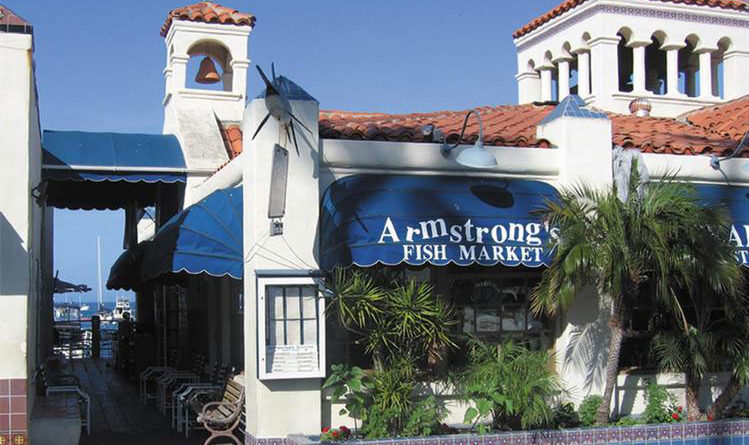 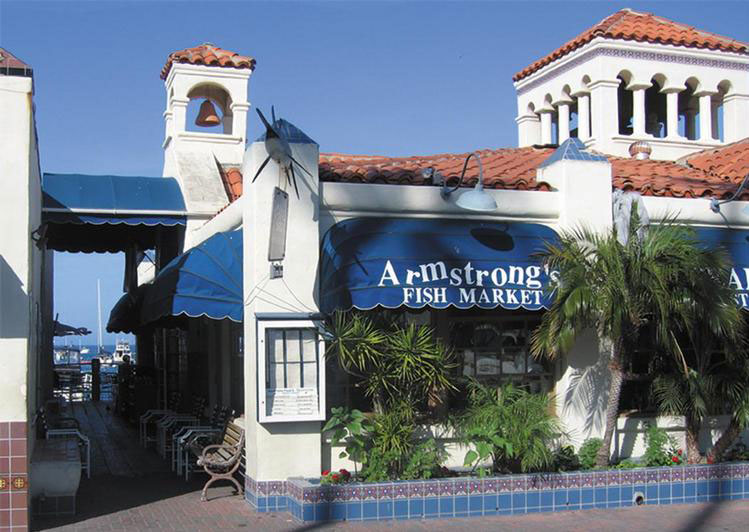 AVALON — Avalon resident and restaurant owner Russ Armstrong is preparing for his last summer serving locals and tourists alike at his famous Armstrong’s Seafood Restaurant and Fish Market, marking the end of a 30-year run at Avalon’s waterfront Terminal Building.

The plan is to develop a new restaurant in the Terminal Building double the size of Armstrong’s, taking over the vacant space left by the 2009 closure of the Busy Bee restaurant.

It’s an end that Armstrong said he didn’t want to see.

Santa Catalina Island Resort Services (SCIRS) — the new name for the company that has acted as the owner/operator authority for much of Catalina since William Wrigley Jr. purchased the island in 1919 — has been busy the past few years implementing an aggressive push to grow tourist interest on the island, opening new “fine-dining” restaurants, renovating hotels and adding new attractions — such as the Catalina Zip Line and Eco Tour, and the scuba-like underwater SeaTrek adventure tour.

While many of the upgrades have been welcomed by business owners in Avalon, Armstrong said he believes with the recent structural changes, there is a growing shift in relations toward Catalina’s local businesses.

“I’m the second-highest rent payer on the island — second only to the rock quarry,” Armstrong said. “I’ve always paid my rent on time. But with this new regime, they are trying to get rid of folks that have been here for a long time, and bring in new people.”

Disagreements first surfaced in 2003, when discussion arose regarding a multimillion-dollar renovation needed for the Terminal Building. Plans included improvements to the interior and exterior of the building, along with structural improvements and seawall replacements.

“After 20 years, the restaurant was not in the best position,” said Paul DeMyer, senior vice president at SCIRS. “We have been talking with all of the tenants at the Terminal block, and those conversations have taken a long time.”

DeMyer said the fire of 2007 and the national economic recession that followed pushed SCIRS plans back. But the company began moving forward again in 2010, asking Armstrong to become a minority (49 percent) partner in his restaurant instead of being its sole owner, in exchange for SCIRS making major renovations.

“We, in fact, offered to be his partner in the new restaurant,” DeMyer said. “We would fund it, and we would be partners with him. From our perspective, it was a very fair offer — but from his perspective, he didn’t have control of his own future.”

At that point, Armstrong said he looked for ways to come up with the necessary funds to invest in future renovations to the restaurant, and he gathered backing from third-party investors: Rodney Couch, president of Market Broiler Management; and Craig Nickoloff, founder of Claim Jumper restaurants. The two had been interested in partnering with Armstrong on his waterfront restaurant location, and they put together a business plan and proposal for SCIRS.

However, before Armstrong’s investors came on the scene, the owners of Bluewater Grill and a team of investors had developed their own plan, and they ended up being awarded the lease from SCIRS for a new restaurant on the site — to be called Bluewater Avalon.

DeMyer said the determination was not based on economics or financing, but on the “comfort level” SCIRS had developed with the Bluewater investment group — a comfort level that apparently was not reached between Armstrong and SCIRS, despite the restaurant’s three decades in existence.

Armstrong sees the situation differently. According to Armstrong, he spent the last nine years fighting to keep his restaurant, but was rebuffed by SCIRS, which eventually chose to go with the Bluewater investment group.

Armstrong had been given short-term annual leases on his restaurant building since 2003, with the last agreement being a 10-month lease — which is set to run out on Oct. 31.

The 25-year lease SCIRS awarded to the new tenants was something Armstrong took exception to: “No local companies are getting 25-year leases today, but a chain restaurant from the mainland is. It doesn’t make sense,” Armstrong said.

SCIRS said the issue all comes down to providing a restaurant of a higher quality level at the location, to help draw more tourism business in Avalon.

“Our mission and our vision is to have a certain quality standard, and set that as our goal,” DeMyer said. “In our opinion, it is very important for Avalon to continue this path of progress that has been ramped up over the past three years — of upgrading key assets, so that more visitors will come to Avalon — change the trend of declining tourism and attract more people to spend money in Avalon,” DeMyer said. “We were looking at the quality of the companies first; not at Russ.”

DeMyer added that after Bluewater had been chosen as the new tenant, the group approached Armstrong to become a minority partner, and hoped he would attach the respected Armstrong name to the Bluewater Avalon restaurant.

Armstrong said he declined the offer. “They wanted my expertise on how to run a restaurant on the island, but they didn’t want me to have any control,” Armstrong said. “I’m going from owning a restaurant for 29 years to a minority partner? How’s that going to work?”

Armstrong, a sport angler and father of three children, will continue to operate Armstrong’s through October and said he is searching for a new location for the restaurant. But Armstrong said he does not see many possibilities in the near future.

While he will continue to run his other ventures — including Ristorante Villa Portofino, the Casino Dock Cafe and Big Olaf’s Ice Cream Parlor in Avalon — Armstrong said the loss of the seafood restaurant and market will put a financial strain on him.

“I told them they’re going to put a hurting on me, but they just don’t seem to care,” Armstrong said.

In SCIRS’ press release that ran in the Feb. 23 issue of the Catalina Islander newspaper, the company stated its enthusiasm about the coming new restaurant, saying, “Bluewater Avalon will serve the freshest seafood while maintaining the strictest standards for sustainability and marine stewardship.”

Renovation plans call for infrastructure improvements to begin this fall, followed by the restaurant development encompassing the entire building. The new restaurant is scheduled to open in Summer 2013.

One thought on “Longtime Avalon Restaurant to Be Replaced”