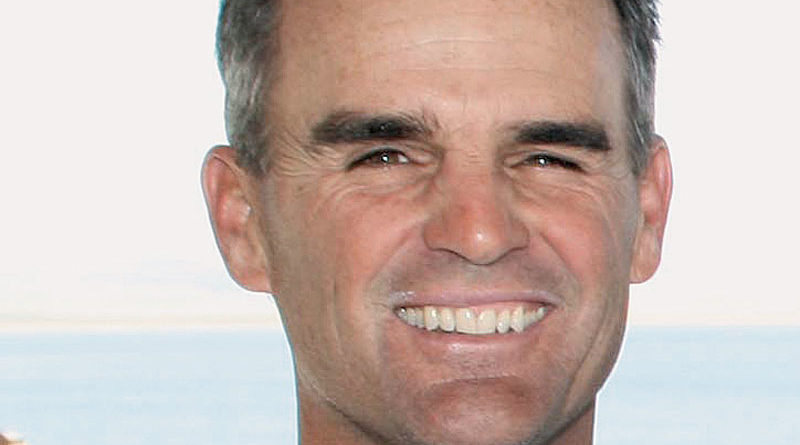 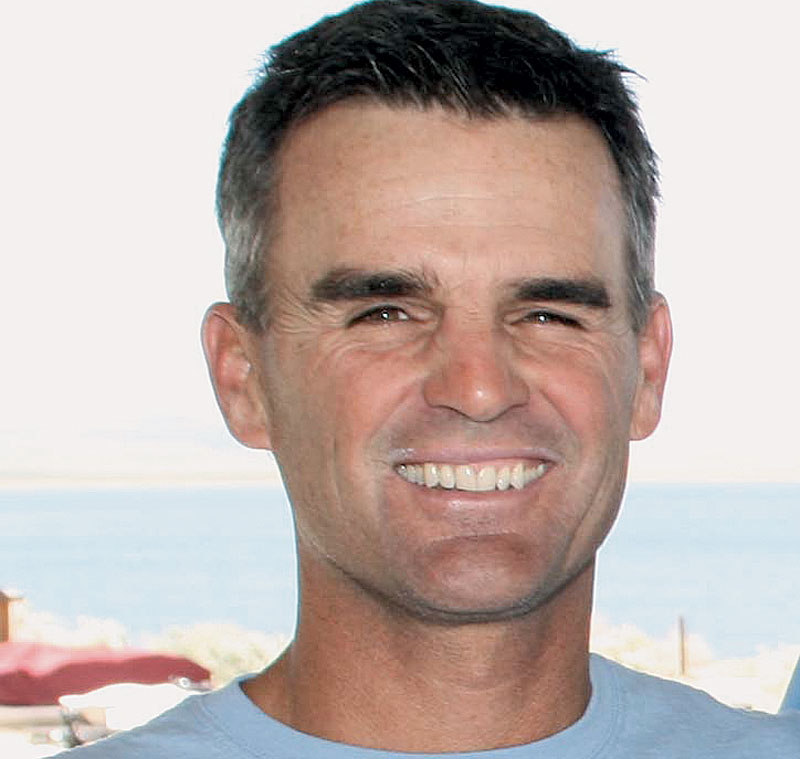 TWO HARBORS — Boaters crossing the channel for a summer cruise to Two Harbors are being greeted by a new and friendly face at the island’s West End moorings. New harbormaster Lane Garrett has been learning the ropes of his new position through the busy summer season.

Garrett, a Santa Barbara native, took the job in March, following the promotion of previous harbormaster Phillip Winter to a new position at the Santa Catalina Island Co. after only 18 months on the job.

After spending the last nine years as general manager of the 300-slip Crowley Lake Fish Camp, Garrett said he was thrilled to see the Two Harbors harbormaster position listed in The Log’s Classified section last year, and he jumped at the opportunity.

We caught up with Garrett to find out what’s new at Two Harbors, and how the new job, the move to Catalina and everything else has been going so far.

Garrett: “I got out of high school early and went straight to Alaska. I started working on commercial fishing boats at 17. By 1987, I was a captain on one of the tenders — a boat that tends to the salmon fleet and unloads their catches. We kind of play “Coast Guard” to the salmon fishing fleet there in the remote areas of Alaska. We would tow them in if they were broken down or out of fuel. We did a lot of that kind of stuff up there. We’d unload their catch — from anywhere to 10 to 30 boats — and then transport the fish into the processing plants.

“I spent a couple summers in Prince William Sound, and worked as a captain of a boat that was assigned to the Exxon Valdez cleanup, and that was kind of interesting.

“After a few summers working in Bristol Bay, I moved to San Diego and got into the horse industry really heavily. I rode hunter/jumper horses, and was an announcer at lots of horse shows.”

How did you get back into boating?

“After 10 years away from the ocean, I got back into boating, and worked as a second captain on a big 130-foot Westport named L.T. Sea, sailing to various ports in Mexico, El Salvador, Costa Rica and Panama.”

You worked at Crowley Lake?

“I spent the last nine years as general manager at the Crowley Lake Fish Camp. It’s a good-size operation up there, with 300 slips and 100 rental boats. I was responsible for the whole operation there — the marina, several campgrounds, the lake patrol and all of the boating activities.”

How did you hear about the Two Harbors harbormaster opening?

“In The Log! I sure did. We were on vacation last year, camping at San Clemente State Park, and we had been stand-up paddling in Dana Point Harbor when I picked up a Log and saw the ad.

“I remembered seeing the ad about two years ago, when Phillip got the job, and I remember thinking, “Oh my gosh, what a dream job that would be.” But back then, I was right in middle of negotiating a new lease with Los Angeles Department of Water and Power for Crowley Lake Fish Camp, and I just didn’t feel like it could possible to leave right then.

“It wasn’t a week after we had confirmation that the lease was a done deal that I saw that ad in there. So, I called Phillip and I told him about myself, and here I am.”

What makes this your dream job?

“A lot of people perceived my situation at Crowley Lake as a real dream job, which in a lot of ways it was. But my wife, Beth, and I are extremely ocean-oriented people. I’d been on the ocean most of my life, I had made a living on the ocean for most of my life, and this was an opportunity to do a very similar job to what I was doing at Crowley — but in the marine environment instead of the mountains. That’s what made this special for me: the chance to get back on the ocean.”

Does your experience at Crowley Lake come into play at Two Harbors?

“I think what I learned at Crowley Lake for all of those years has really prepared me for this job.

“The Two Harbors operation is much bigger and much more complex, but there are a lot of really good people already in place. The crew is really fantastic, and I hope to add support to the crew that’s already here. I have a tremendous amount to learn from them.”

What do you think will be challenging in your new position?

It’s just a very complex operation. There’s so many people who have been coming for so many years, and there’s so many aspects of it that I need to know. All of the ways the different parts of the machine mesh together, and trying to keep everybody happy and safe is going to be my main thing.

What is going to be your focus on the job?

“I think customer service is what Two Harbors thrives on, and that’s definitely going to be my big focus by first — helping Phillip make Two Harbors more known, raising the awareness level over on the other side of the channel about what an incredible place this is, to come visit on your boat. Second, I want to ensure that if you do visit, you have a fantastic experience here, as much as Two Harbors can provide.”

What’s your history with Catalina?

“I came here after my junior year of high school. I was 16, and I came in the summer with some friends who were graduating, We spent a week in Avalon with their family and rented a little house, and I just thought it was incredible.

“And then, I didn’t come back for a long time. Being from the Santa Barbara area, I tended to recreate at Santa Cruz Island and San Miguel, and Santa Rosa. I spent a lot more time in those Channel Islands than I did down here — but once I started running private yachts, then we started coming to Catalina more often.

“For the kind of recreating that I like to do, Two Harbors is just incredible — and yet, I hadn’t really been here before I got the job. So, that’s a prime example of what we need to change: getting some folks to come out here and enjoy this place, especially in the off-season. In the winter, the weather’s incredible out here a lot of the time, and there’s not many people around.”

Where are you living?

“I’m living in typical three-bedroom, two-bath little Two Harbors house up on the hill with a nice view of the harbor. It’s fantastic to look out my window and see palm trees and saltwater, which is really nice after all of those years in Crowley Lake.”