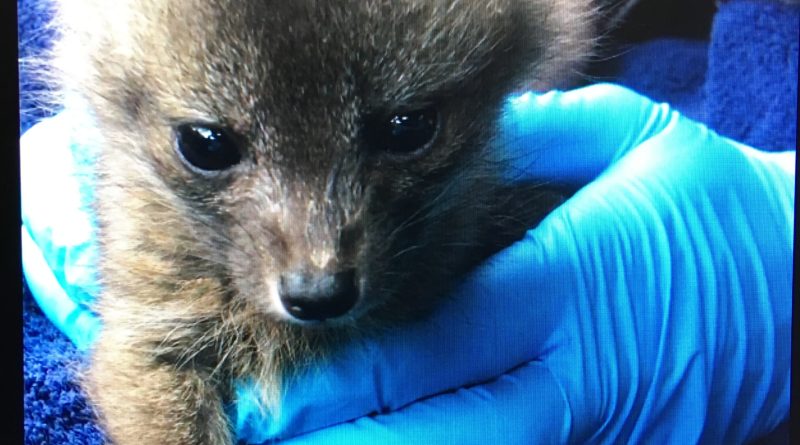 AVALON — Catalina Island’s fox population is rather special in that this particular species can only be found there and is also listed under the Endangered Species Act. Catalina Island Conservancy carefully and regularly monitors the foxes, so much so the nonprofit organization went above and beyond to help an abandoned fox pup that had lost her mother.

Catalina Island Conservancy recently announced it had success in reuniting a mother and her pup after the baby fox was found in poor condition along a road. The pup, a female, was only a few weeks old and her eyes were still closed when she was found. The female pup, according to the Catalina Island Conservancy, might have become lost while the mother was moving her to a new den or could have been abandoned.

A local veterinarian nursed the pup back to health and within two weeks, the pup was ready to be released back into the wild – but how would she survive without her mother?

Lara Brenner and Emily Hamblen, wildlife biologists for Catalina Island Conservancy, knew what to do, which ultimately led to the fox family’s reconciliation. In hopes of locating the mother fox, Brenner and Hamblen worked quickly to set out specially designed fox traps where the pup had been born. A few adult foxes were captured and – low and behold – a lactating female fox was among them. The fox pup began nursing right away indicating this was likely her mother.

The biologists surveyed the pair overnight and into the next morning and placed a radio collar on the adult female. Sadly, when the two were released, the mother bolted into the night and the pup could not keep up with her. Through tracking the adult, biologists knew she had not gone far.

Later on when nightfall came, the mother came back to the kennel, which resulted in her collecting her pup. In a video released by Catalina Island Conservancy, viewers can watch as the pair is reunited together.

Brenner, in a press release, stated, “Now, in her [pup] stronger condition, she has a much better chance of surviving with the help of her family.”

For those who spot a fox pup in the wild, Brenner recommended, “If you see a fox pup, or a baby animal, on its own, it’s very likely that the parents will come back for it and resume care. If you think the pup may be injured, or are certain that the parents won’t come back, do not touch or move the pup.”

Further, take the time to contact the wildlife biologists representing Catalina Island Conservancy if the animal appears to be hurt.