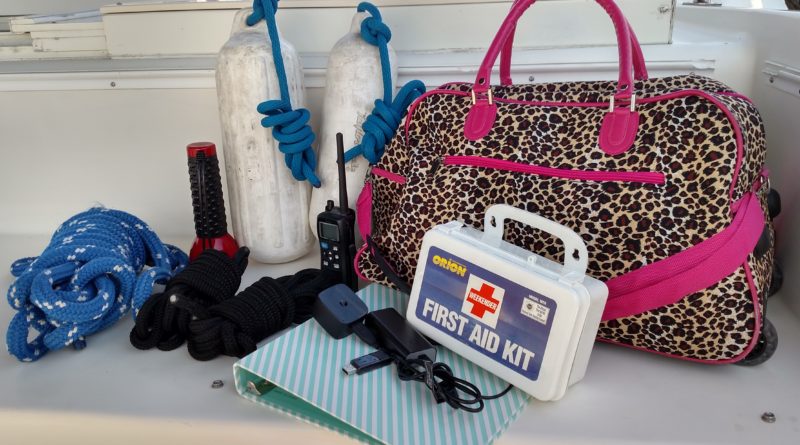 If you’re anything like Arv and me, you’ve spent the last few weeks glued to news about Hurricanes Harvey and Irma, and their catastrophic impact on Texas, Florida and Caribbean Islands.

While Harvey was overwhelming, Irma really brought the scale of the destruction home as these are places we knew. Long ago, I spent many happy vacations exploring the Leeward Islands, including a sail aboard a Saint Maarten-based barquentine, and relaxing in St. John, U.S. Virgin Islands. Irma devastated these islands, along with many other beloved places.

We bought our current boat in South Florida, spending two years traversing Florida’s coastal cities in our search: Key West, Miami, Fort Lauderdale, Tampa, St. Petersburg, Sarasota and Naples. Irma was personal for me as each city, home to friends and old haunts were in her sights.

While we Californians only occasionally receive remnants from a hurricane departing Baja, we as boaters need to prepare ourselves, our homes and boats for unwelcome visitors.

We’re vulnerable to our own natural disasters – earthquakes, wildfires, rockslides and landslides. We, in drought-prone SoCal, rarely consider the dangers of flooding.

How well would our coastal areas, waterways and marinas survive a massive storm surge or flood?

Recently, following Harvey’s flooding of Houston, Voice of San Diego reminded readers of a 2011 U.S. Geological Survey “megaflood” report, outlining the potential for crippling statewide floods. Massive flooding throughout California could result from about the same amount of rain that fell in Northern California in last winter’s “atmospheric river” or “Pineapple Express” storms if compressed into a few weeks rather than several months. This could knock out roads, power, and water and sewer service for weeks or months.

How prepared are you to cope with such events?

Last year, I provided advice on and links to disaster preparedness checklists in a May 2016 column of The Log entitled “Preparing your boat as an evacuation home.”

There’s more you can do. To prepare for flooding or storm surge, equip your boat with extra fenders and lines to tie down your boat for extra security. Make sure your batteries are in good condition and can hold their charge. Fill your water and fuel tanks – and don’t forget to provide extra fuel for your generator, if appropriate, and dinghy, which is useful as a rescue or escape vessel. Keep all your vehicles’ fuel topped up.

Have you prepared a “go-bag” for each member of your family, equipped with personal essentials, including sturdy footwear, changes of clothing, personal essentials, toiletries and medicines? Include leashes and halters, for pets and even for cats, as well as a supply of non-perishable food, bowls, can-opener, medicines, litter, portable box, favorite beds and toys.

Don’t forget to include cell phone chargers, charged backup battery power and a digital camera to document any damage. Add a binder or thumb drive with copies of critical documents in case your home and possessions are destroyed.

Be sure to check your insurance policy and know what it really covers and what it doesn’t – and always read the fine print.

Also stock your boat with long shelf-life food and enough water to provide one gallon per person per day for three days minimum, with extra for pets.

With food, on-board generator, water and fuel in your tanks you can survive on your boat even if shore power is knocked out for an extended period, in a worst-case situation.

We can all live with greater peace of mind in case a natural disaster strikes with advance preparation.