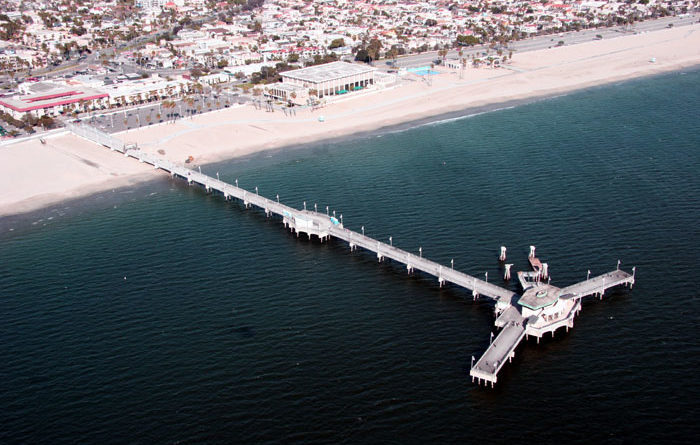 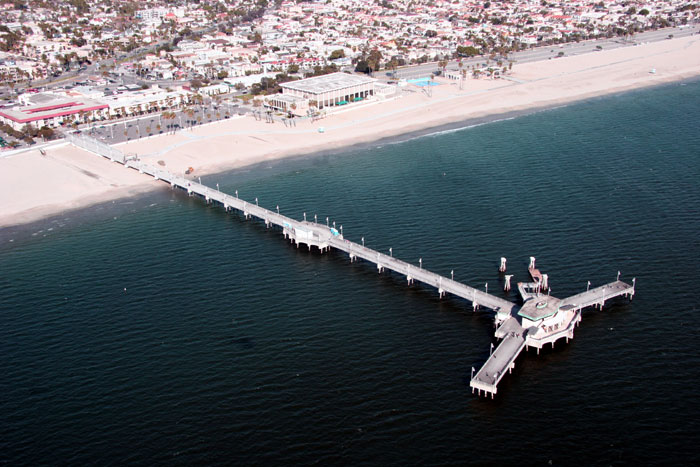 LONG BEACH — A total of 45 guest moorings are now being added adjacent to Belmont Veterans Memorial Pier, as part of a transformation aimed at making the area more boater-friendly and more welcoming to visitors.

Unlike most other West Coast piers, Belmont Veterans Memorial Pier is protected by a breakwater that acts something like a barrier reef, providing calm waters more closely resembling Catalina’s Green Pleasure Pier than any of its neighbors.

For that reason, it has the potential to become a booming recreational boating destination, said Long Beach businessman Mike O’Toole. And in within a few months, the area will take the first steps toward making that happen.

A decade ago, O’Toole and his business partner Fred Khammar, owner of Alfredo’s Beach Club, won the bid to operate Belmont Pier. Under their operation, it has slowly been transforming into a boater friendly destination, with the addition of a special event venue at the end of the pier, restrooms, handicap access and fishing areas.

But the biggest item on their to-do list has been the 45 guest moorings that the team is currently installing.

“The pier right now is simply something to walk to the end of and come back,” O’Toole said. “What we want is a place where people can come on and off their boats, kind of like Avalon.”

Now that the mooring tests have been completed and three moorings have already been installed, O’Toole plans to have most of the planned eco-mooring system in by April 2014, he said. Unlike regular ball moorings, which are connected to large cement blocks that require scraping the surrounding ocean bottom area to install, each of the eco-moorings is directly attached to the bottom with a 2-inch-diameter, 10-foot-long helix screw.

Once complete, the moorings — which will be placed on the East and West side of Belmont Pier and behind Island White — will provide temporary moorage for visiting boaters, allowing guests to stay up to 15 days at a time.

While the majority of the moorings are designed to be open for public use, some will be made available for private leases of three years.

“They won’t be able to stay indefinitely, but (mooring lease holders) will have reserved access,” O’Toole said. “When (the lease holders) call in, we’ll set up for them. And if their mooring is not being used, we can rent it to the public, as well.”

Along with moorings, the Belmont Pier will soon offer shoreboat service, a harbormaster and a dinghy dock, O’Toole said.             “We’ll be opening food service at the end of the pier,” he added. “There’ll be a lot of reasons to come to shore.”

The venue, which can accommodate 140 people, has been used to host weddings, birthday parties, memorial services and “mock pirate invasions,” Khammar said. However, he admits he’d like to see it get a facelift. “It needs a couple million dollars in industrial work before it can be a dining destination.”

While O’Toole likes to compare Belmont’s potential to that of Avalon, he has made it clear that he doesn’t plan to imitate.

“We’re not trying to be Catalina,” O’Toole said. “It’s just a nice place for a weekend getaway.” But unlike Avalon, “it’s only a gallon (of fuel) away,” for the majority of SoCal boaters.