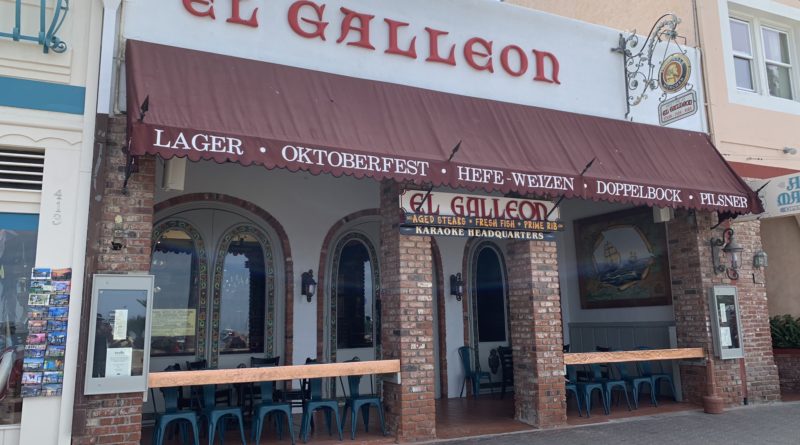 AVALON—The city of Avalon is constantly changing and evolving into a tourist destination, many veteran visitors of this Catalina Island town will tell you. Quite a bit has changed since The Log’s last Catalina issue, which published on July 13, 2018. Hotel Atwater, for example, is on the verge of being completely remodeled and Mr. Ning’s, the island’s only Chinese restaurant, permanently closed down. The ownership group behind Bluewater Grill, meanwhile, expanded its presence in Avalon, opening Toyon Grill at Catalina Island Conservancy’s Trailhead Building (the building also a new addition in the past year).

Oh, and the restaurant group, which launched its first Bluewater property in Newport Beach, took over El Galleon, an iconic Mexican restaurant on Crescent Avenue.

The Log Staff Writer Devon Warren-Kachelein recently wrote about Bluewater’s acquisition of El Galleon – the eatery first opened in 1967 and is a draw due to its location on the waterfront boardwalk. Many customers come to the restaurant to sing karaoke, select food from its eclectic menu and dine within an eclectic atmosphere.

Bluewater’s ownership group stated they would maintain El Galleon on the boardwalk but make a few updates to the restaurant. The interior will be updated and menu simplified to include ribs, steaks, chicken, locally sourced fish, sandwiches and burgers.

Catalina Island Conservancy, meanwhile, partnered with Bluewater to create Toyon Grill at the former’s Trailhead Building, which is located toward the end of the boardwalk and near the ferry terminal. Toyon Grill is an eco-friendly concept overlooking Avalon Harbor and offers a space for events and weddings. Below the restaurant is a retail store and tour operations; there is also an art gallery and educational roof deck on site.

Visit bluewatergrill.com for more information on these restaurants.