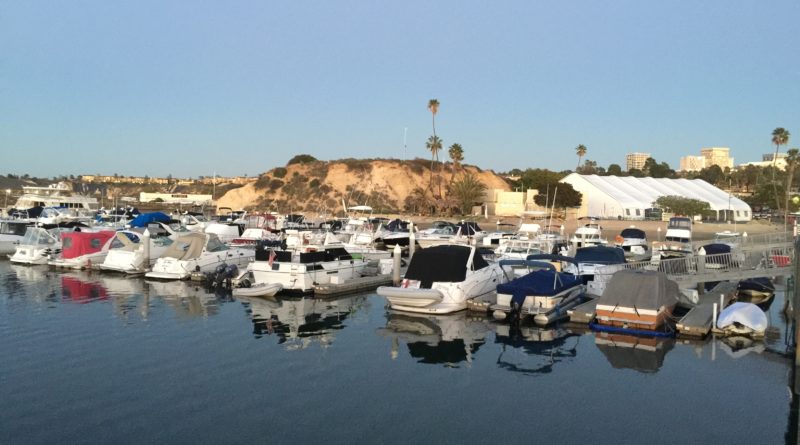 Marina will be demolished and rebuilt; new venue will have fewer boat slips but have new docks, piles and gangway.

NEWPORT BEACH—Plans to demolish a 53-slip marina in Newport Beach Bay and replace it with a 50-slip was approved by the California Coastal Commission, July 8. The proposed project is located at 2888 Bayshore Drive in Newport Beach. Palmo Investments, a private entity, owns the marina, but boat slips can be leased to members of the public for recreational boating purposes.

Commissioners finally received the project for consideration at their July meetings, which were held via teleconference due to the Covid-19 pandemic. The proposed marina, according to the most recent plan, would occupy less water coverage than previous iterations of the project. A possible point of contention, however, was the project’s proposed harbor camel and associated pile fill.

The harbor camel, according to a Coastal Commission staff report, would be “a physical barrier located in and above the water, supported by piles, that prevents entering or exiting the marina from coming into contact with vessels tied to the adjacent southern dock, like an elevated bumper.

“The applicant states that the harbor camel and piles would allow tenants to safely navigate from the bay to the backside (landward side) of the marina and also eliminate potential property damage and personal injury to the adjacent property and property owner,” Coastal Commission staff said in a report to commissioners.

“Different from the dock float, the harbor camel and piles are not necessary to develop the marina or enable recreational boating,” Coastal Commission staff continued. “They are proposed to demarcate an imaginary side property line from the land into the public waters of the bay and minimize legal disputes over potential boat collisions.”

“Approval of the harbor camel and piles would set an adverse precedent where other private dock and marina owners might seek to fill public waters to demarcate imaginary property lines and attempt to absolve themselves of liability associated with owning and operating a recreational boat,” Coastal Commission staff said.

The original marina was built in 1970. Coastal Commission staff said the applicant told them the marina “has reached the end of its useful life.”

“The applicant states that the increased water coverage is largely a result of adhering to the city of Newport Beach Harbor Design Guidelines and Standards regarding dock, slip, and fairway dimensions and the [Americans with Disabilities Act] and [Division of Boating and Waterways] current code and design standards,” Coastal Commission staff said in a report to commissioners. “In addition, the applicant states that the proposed marina layout is designed to occupy the minimum surface area necessary to remain consistent with these current standards while also meeting current boater demand and accommodating recreational boating consistent with the Coastal Act.”

“The marina parking lot will be used for staging and equipment storage,” according to Coastal Commission staff.