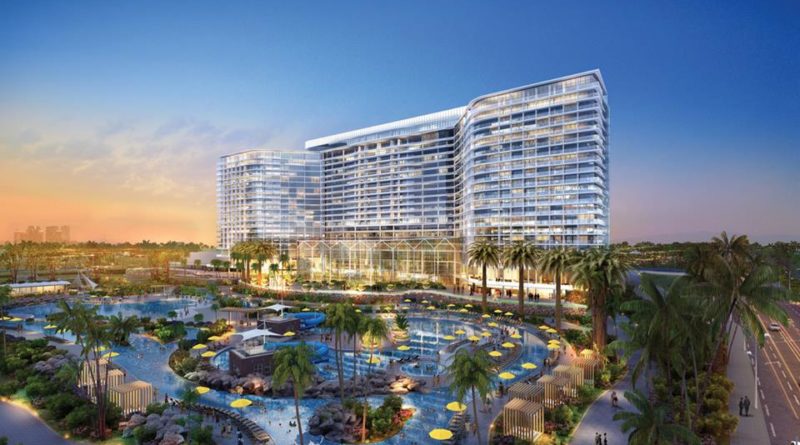 CHULA VISTA — The Port of San Diego’s Board of Port Commissioners and Chula Vista City Council, in a joint meeting held in the South Bay municipality on April 24, approved a development agreement for RIDA Development Corp. to build an ambitious hotel and convention center project on the Chula Vista waterfront. The joint vote allows a massive waterfront redevelopment project, which has been in the works for nearly two decades, to move forward.

Port district commissioners and Chula Vista council members awarded RIDA the development contract after nearly 15 years of planning and public deliberations. The plot to redevelop the area surrounding Chula Vista Harbor began in 2002 and has been fleshed out ever since through a series of behind-the-scenes negotiations, commission and city council meetings, and public workshops.

Commission Chair Rafael Castellanos called the Chula Vista Bayfront project a “prototype,” establishing a blueprint for the planning steps required to realize a successful development within the Port of San Diego’s jurisdiction.

“This project … is a prototype planning effort for how to get big projects planned, and then approved,” Castellanos said. “In this region what you have so frequently seen are developers who fully bake the cake before they let people weigh in. If you want to have a successful project, you have to let folks weigh in on the recipe, and that’s what this project did.”

RIDA’s hotel and convention center project would anchor the Chula Vista waterfront development. The hotel would stand 20 stories tall and contain 1,600 rooms; also on site would be 275,000 square feet of meeting and convention space, retail amenities and resort features.

The total cost of the project is estimated to be $1.128 billion; RIDA would be responsible for nearly 70 percent of the funding.

All parties involved with the redevelopment project hailed it as the creation of a new public meeting place and town center for the San Diego region.

“Chula Vista deserves this project,” Commissioner Dan Malcolm said as he repeatedly slammed his open right hand on the dais. “Chula Vista has wanted this project forever. This is the realization of so many dreams.”

“We’re taking something that was industrial years and years and years ago and making it into a regional jewel,” Merrifield said. “This is a really unique and novel and wonderful combination.”

Design plans for the waterfront redevelopment will take 18 months to complete, according to port district staff.

Chula Vista’s City Council took separate action on the development agreement at its own meeting, held a few hours after the joint meeting with port district commissioners.

The Chula Vista bayfront is more than 500 acres in size. There are currently 552 slips in the Chula Vista harbor area. San Diego’s port district owns most of the property at Chula Vista Marina.