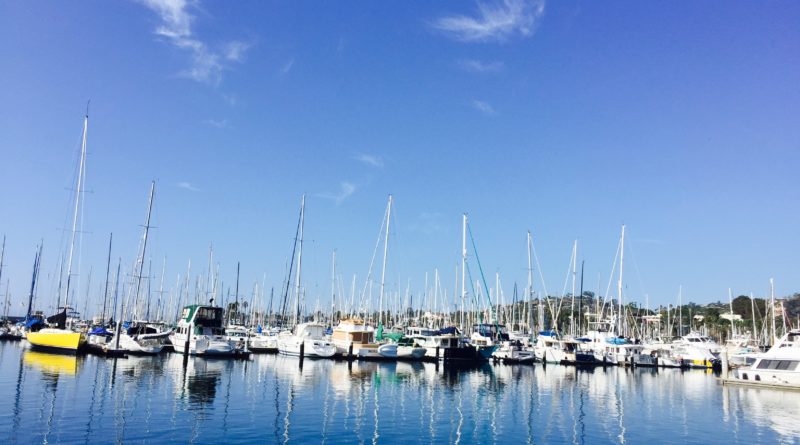 SANTA BARBARA — As boaters, anglers and marine-life lovers know, it takes a community effort to keep the beaches and waters clean and safe. After all, there is a responsibility to do our part to make sure the waterfronts are here to enjoy for years to come. During a Santa Barbara Harbor Commission Meeting that took place on April 19, several announcements were made that showed Santa Barbara staff is reaching to keep their waters and beaches more spotless and protected than ever.

Santa Barbara Harbor piloted a plan for fishing line recycling containers now being used up and down California’s coast. Receptacles to gather monofilament fishing line are located at Stearns Wharf Bait & Tackle stations and on the sportsfishing boats F/V Stardust and F/V Coral Sea. Kronman stated about 5 pounds of line were gathered, which might not seem like a lot but think about how much lightweight fishing line would need to be balled up to reach that weight. Discarded fishing line can cause problems for marine life that become entangled in it among other issues.

The harbor offers more than 40 debris nets and 14 were replaced. Some boaters may not be aware, but Kronman said the nets are there for public use and boaters are encouraged to gather trash, dead animals and other non-biohazard materials from the docks.

Copper-based paints and the alternative products have been controversial, and Kronman discussed the Waterfront Department’s dabbling in anti-fouling paints. While in the past experiments with non-copper paints have not worked for harbor patrol boats, current testing with a non-biocide paint on an 18-foot vessel has reportedly worked well. Kronman also mentioned though it has worked so far, it still might not be an option for harbor patrol boats.

Kronman acknowledged the part of boaters, who have made efforts to utilize new receptacles and programs to dispose of waste, pointing out that boaters have increasingly been taking advantage of the Surrendered and Abandoned Vessel Exchange (SAVE) program.

“Harbor water quality is more than just aesthetics … [fishermen] depend on good water quality,” Yaniv said. “The world knows we have clean catches.”

To date, Santa Barbara Harbor is the only one in California to be certified with two clean marina programs.

Costs for the 2017 Fiscal Year to run the Clean Marina Program initially totaled $97,960 with higher costs going to the “Salad Boat” at $23,800, which gathered more debris during the storms, and $37,640 for SAVE Vessel Disposal. However, with FEMA and grant reimbursements, a combined $67,130, the grand total was $30,830 to operate for the year. In contrast with NOAA’s estimate of around $489 million a year to clean up the Pacific Garbage Patch, Santa Barbara’s cost to run the Clean Marine Program is a deal.

“The Waterfront Department is the first department within the city of Santa Barbara organizations to be awarded the green business certification,” Bosse stated.

The process required answering around 200 questions in a 30-page document and completing the aforementioned assessments, reviewed by the state and also local consultants, in areas of waste reduction and recycling, water conservation and waste water, and pollution preservation.

Commissioners unanimously voted to extend a five-year lease option to Channel Island Marine and Wildlife Institute (CIMWI), who respond, rescue and treat marine mammals. The space will be rented for $1,000 a month at an 877-square-foot space. To learn more about CIMWI, visit the website at cimwi.org.

Kronman announced the annual event Operation Clean Sweep will take place on Saturday, May 5 to continue a seafloor litter-removal project at Marina Two. This year, the event is calling all divers to focus on underwater levels of cleanup.

Though the event will take place shortly after press time, those who have an opportunity to join in will be provided with a delicious boxed lunch, free of charge, as long as they participate in the clean-up event. Jim Sloan, Harbor Commission Chair, reminded participants to wear old clothes since there is a likely chance those involved will get dirty.

More than 19 tons of rubbish has been collected by volunteers in 11 years of annual events, according to the city’s website.

Santa Barbara may be setting examples for staying clean, but the following beaches have the best water quality and overall cleanliness in SoCal according to Heal the Bay’s Beach Report Card Survey of 2016-2017.

*Beaches are only qualified for Heal the Bay when monitored year-round.