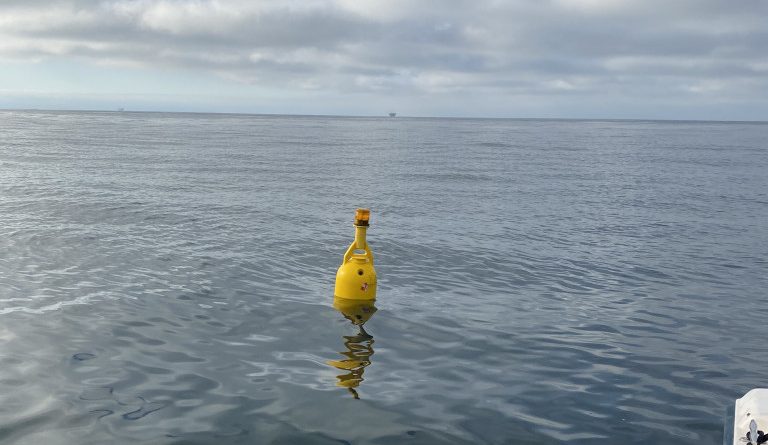 Ventura Port District Board of Port Commissioners voted on March 17 to formally withdraw the port’s applications for a shellfish farm off Ventura Harbor from the U.S. Army Corps of Engineers and California Coastal Commission.

VENTURA— The Ventura Port District Board of Port Commissioners has voted to formally withdraw the port’s applications for a shellfish farm in federal waters off Ventura Harbor, a project known as the Ventura Shellfish Enterprise. On March 17 the board voted to approve a staff recommendation to formally withdraw applications for the VSE project from the U.S. Army Corps of Engineers and California Coastal Commission on Aug. 31 and to also provide support for the establishment of a Southern California Aquaculture Opportunity Area near Ventura Harbor by the National Oceanic and Atmospheric Association.

“At the time what we believe is the best path forward to move the needle and bring aquaculture to the Santa Barbara Channel,” said Ventura Port District General Manager Brian Pendleton at the March 17 meeting.

Commissioner Ashworth made the motion to approve the staff recommendation to withdraw the VSE applications with the modification they not be pulled until Aug. 31.

“That’s the date on which our [Sea] grant terminates and I think it would be bad form for us to try and pull those permits in advance and I think we really want to live out our commitments under our Sea Grant and that would terminate on Aug. 31,” said Ashworth at the meeting.

The VSE project was given two Sea Grants, one in 2015 and one in 2018, for some of the data collection work for the project. Pendleton said they have met and exceeded many of the grant deliverables to date and will work closely with Sea Grant to conclude any remaining deliverables in a way both parties are in agreement with.

The VSE project has been in the works since 2015 and proposed developing 20, 100-acre plots that the private sector could sub-permit to grow Mediterranean mussels in federal waters about 3.5 miles from Ventura Harbor in the Santa Barbara Channel. VSE was a partnership between the Ventura Port District, Coastal Marine Biolabs, Cultured Abalone, and Ashworth Leininger Group.

The decision to pull the applications came in response to regulatory challenges that were expected to result in a lengthy processing time.

The Ventura Port District submitted permit and project applications in October 2018 to the U.S. Army Corps of Engineers and California Coastal Commission for the project. However, the Corps paused its consideration pending the resolution of a dispute with the Ventura County Local Agency Formation Commission because the project was to be located outside the existing territorial boundaries of the Ventura Port District. A staff report from the March 17 meeting also said the California Fish and Game Commission indicated they faced significant challenges in processing aquaculture applications, such as the VSE project, due to resource constraints.

At the same time, NOAA has identified Southern California as one of two proposed Aquaculture Opportunity Areas (AOA), according to a staff report. If successful, the AOA process could facilitate expedited permitting for aquaculture projects in federal waters. NOAA is also considering an alternative that would identify potential aquaculture sites located in the Santa Barbara Channel, partially based upon the science and data collected about sustainable long line mussel farming for the VSE project over the past six-plus years of work, the staff report said.

“If you look what the VSE has done, it’s really advanced how it is you’re going to put in new aquaculture in the United States,” said Commissioner Everard Ashworth at the meeting.

Commissioner Ashworth also went on to say they would vigorously support continued advocacy efforts for the establishment of sustainable aquaculture farms in the Santa Barbara Channel off of Ventura Harbor.