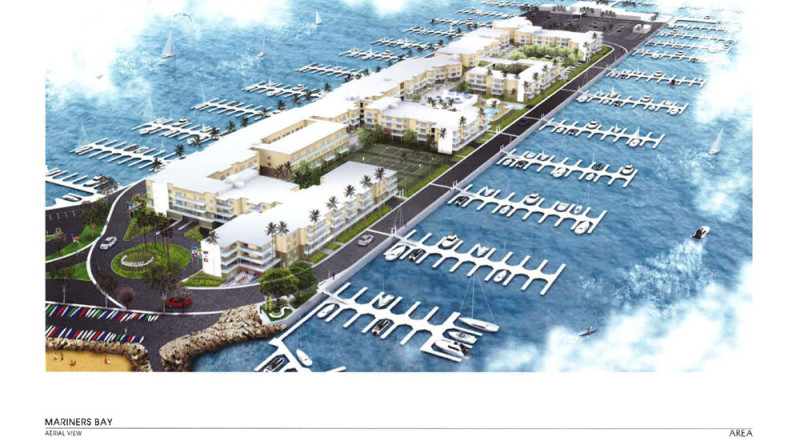 Renovations are being made to the property’s seven buildings, 408 boat slips and private docks. Existing docks must be fully replaced within six months of completion of landside renovations, according to Los Angeles County officials. Improvements are also planned for the dock gates, existing promenade and public amenities.

An estimated $65 million will be invested into renovations. The first phase of work includes upgrades to 65 units and completion of a new leasing office and fitness center. Phase 1 is expected to be complete in May. Legacy Partners expects to complete the entire renovation within 30 months.

Complete plans call for renovations to boat slips and the property’s clubhouse, tennis courts and pool. Appliances, balconies, central heating and air, fixtures and windows will also be upgraded within each apartment unit.

The Los Angeles County Board of Supervisors authorized the Mariners Bay renovation project in March 2015. Legacy Partners, the project’s developer, was required to invest at least $8.5 million to demolish and replace the docks surrounding the apartment complex, according to a county staff report.

Supervisors did not approve the project last year without opposition. Questions were raised about the project’s affordability and whether it obstructed public access to the water.

County officials added they are required by federal law to provide services and infrastructure access without discrimination.

Legacy Partners, which is based in Foster City, California, reportedly acquired the Mariners Bay property in May 2015 for $83.5 million, or about $220,000 per unit. The Los Angeles Business Journal reported Legacy Partners financed the deal with a $96.4 million loan from CBRE.

The apartment complex and marina sits on 19 acres of county-owned land; a long-term lease through 2061 is attached to the property, according to the Los Angeles Business Journal report.

Mariners Bay is located at 14000 Palawan Way in Marina del Rey and was built in the late 1970s. Updates about the project could be found online tinyurl.com/marinersbay.

The Neptune Marina redevelopment on Marquesas Way is also a Legacy Partners project.