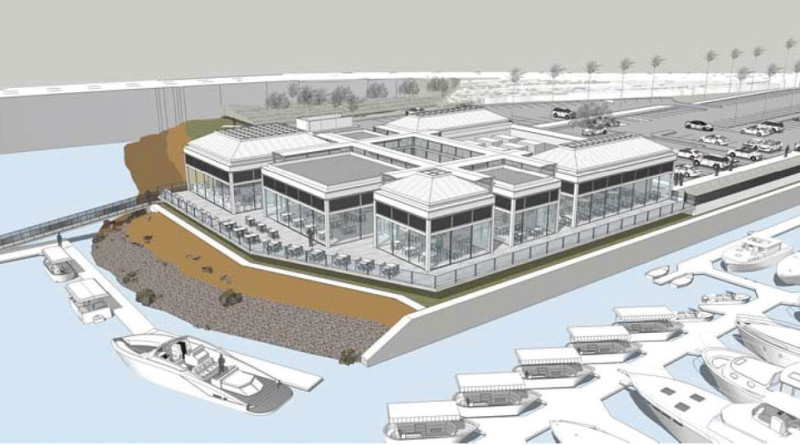 NEWPORT BEACH — The Newport Beach City Council recently rejected an appeal of a planned waterfront restaurant at Balboa Marina, allowing the project to go forward. The project will, however, include noise mitigation measures.

An attorney representing Linda Isle Homeowners Association told council members on Feb. 9 the organization appealed the project because of concerns of excessive noise, glare, parking and traffic. Linda Isle Homeowners Association requested a new environmental review at the Feb. 9 appeal, alleging the city illegally approved an environmental review ahead of schedule and in violation of the California Environmental Quality Act (CEQA).

The restaurant’s plans call for it to be open late and feature live entertainment. Members of the homeowner association said the prospects of loud entertainment late at night and into the early morning hours would pollute the neighborhood with excessive noise.

Homeowners on Linda Isle also worried the headlights from the restaurant’s patron’s vehicles would reflect onto the water and into their homes.

A representative of The Irvine Company, which is developing the restaurant, said he would take measures to limit noise, including keeping a sliding glass door at the southwestern portion of the venue locked to prevent it from being opened and keeping entertainment-produced noise indoors. Noise-reducing glass will also be installed in some portions of the restaurant.

The project will be located south of East Coast Highway and between Coast Highway Bridge and Bayside Drive, at the same site that was once home to the Rueben E. Lee riverboat. A Newport Beach Planning Commission staff report stated the restaurant project would occupy a 14,252-square-foot building and include outdoor dining.

Newport Beach’s Planning Commission approved a Mitigated Negative Declaration of a Balboa Marina West project in October 2014. The project proposed to build a public dock, expand the marina, and bring a restaurant, public restrooms and yacht brokerage office on the site. Two weeks later the Linda Isle Homeowners Association appealed the Planning Commission approval; the appeal was rejected by the City Council in November 2014.

City council also approved a resolution accepting all California Coastal Commission modifications for the Lido House Hotel project at 3300 Newport Boulevard. The council had accepted the commission’s suggested modifications in Nov. 2015 but left out two minor provisions concerning height limits and land use description. Both modifications are now incorporated into the November 2015 action with the council’s Feb. 9 vote.

The Lido House Hotel is a 130-room project at the former City Hall complex; the hotel’s developer must allocate $1.4 million to the Fostering Interest In Nature programs, an educational program to be conducted at Newport Dunes to expose students to water-oriented recreational activities.