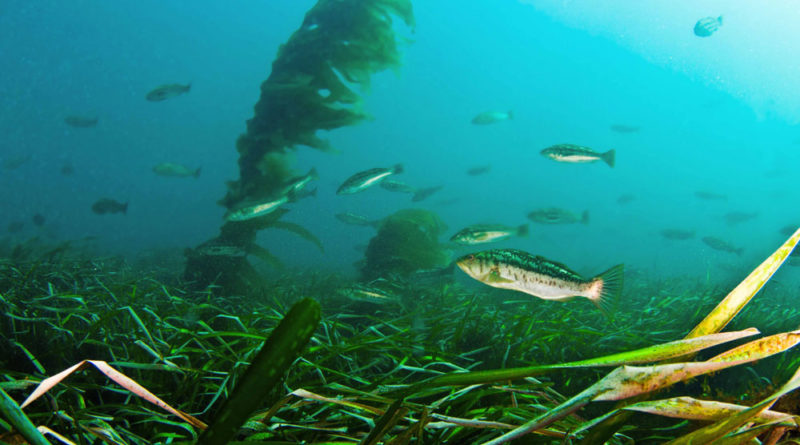 STATEWIDE — An April 13 report in The American Register stated eelgrass populations off the coast of Maine are declining. Perhaps Maine’s environmental officials could borrow a page or two from California’s eelgrass conservation efforts, where, with the help of federal officials, the seagrass species could be entering a recovery phase.

The National Marine Fisheries Service (NMFS) released its Eelgrass Mitigation Policy and Implementing Guidelines for California in October 2014 in an effort to maintain a “clear and transparent process” to replenish the seagrass species and, ideally, maintain diverse aquatic life.

More than six months have passed since NMFS released its mitigation policy. Exact numbers of how the policy has helped — or not helped — eelgrass recovery are not available. Under the policy, government agencies are required to create between 20 and 38 percent more eelgrass habitats than is removed. If a city or county plans to remove 100 acres of eelgrass for a dredging project, for example, it must dedicate between 120 and 138 acres for new eelgrass in the same harbor.

NMFS officials responded the eelgrass mitigation policy could not predict an overall implementation cost. Instead, the NMFS stated site-specific conditions would dictate cost and implementation of the agency’s overall policy.

Most of the eelgrass in San Diego, for example, exists in the South Bay, between Sweetwater Channel in National City and Imperial Beach. There is a significant amount of eelgrass in front of Chula Vista Marina and Coronado Cays, two waterfronts home to several recreational boats. A narrow navigational channel exists at each marina, giving boaters a very specific route to exit their respective waterfronts and access the rest of the bay.

Other areas where eelgrass is significantly found include the mouth of San Diego Bay at Point Loma, Harbor and Shelter islands, and Glorietta Bay in Coronado.

The port in California’s southwestern-most metropolis implemented its own eelgrass mitigation policy almost 25 years ago.

“San Diego Bay includes about 25 percent of the eelgrass population in the state and about 50 percent of Southern California’s eelgrass population,” said Marguerite Elicone, a spokeswoman for the Port of San Diego. “The Port of San Diego has had an eelgrass mitigation plan in place since 1991. When the new statewide plan was created, it didn’t really change anything for the port, since it is pretty much the same plan that we had already.”

She added the port conducts annual eelgrass surveys, with the most recent study completed last summer.

Eelgrass is also a significant topic in San Diego’s neighbors to the north. The California Coastal Commission’s will be voting on eelgrass mitigation and replacement as part of Long Beach’s Colorado Lagoon Restoration Project at its May 15 meeting.

The protected habitat could again be on the Coastal Commission’s agenda next month, when the agency meets June 10 to 12 in Newport Beach. City officials in Newport Beach introduced an eelgrass mitigation plan for the shallow waters of Lower Newport Bay in November 2013.

Newport Beach’s civic leaders and staff have been seeking a “Regional General Permit” from the Coastal Commission and hope the state agency will include the city’s application on its June agenda. The city’s 2013 mitigation plan stated Newport Beach will pursue a policy to “encourage innovative and effective methods … to promote eelgrass establishment throughout the bay.”

More details about Newport Beach’s eelgrass mitigation plan, including its costs and impacts on boaters, will be explored when it is presented in front of the Coastal Commission.

Interestingly enough, California’s Department of Fish and Wildlife has been campaigning to rid local waterways of dwarf eelgrass, which are significantly thinner than underwater eelgrass.

“Dwarf eelgrass … threatens to upset the natural balance of California’s wetlands,” DFW staff stated. “The recent introduction of dwarf eelgrass, which can be distinguished from Pacific eelgrass by its very narrow blades, is a serious concern to resource managers. Dwarf eelgrass invades mudflats, which are home to many creatures and vital feeding grounds for shorebirds.
The invasion of dwarf eelgrass further imperils the little habitat remaining.”

Overall, efforts to preserve and recover eelgrass populations extend beyond Southern California. The National Oceanic and Atmospheric Administration (NOAA) began funding eelgrass conservation and mitigation programs in 2001. An eelgrass restoration plan for Virginia’s Chesapeake Bay, for example, expanded from 250 acres in 2005 to about 5,000 acres as of 2012. NOAA officials worked with Massachusetts officials to upgrade boat moorings at Martha’s Vineyard. The new floating moorings did not touch the seafloor, allowing eelgrass to grow without being harmed by a moored boat.

Accordingly, looking ahead, The Log will report on the costs of relevant eelgrass mitigation projects.