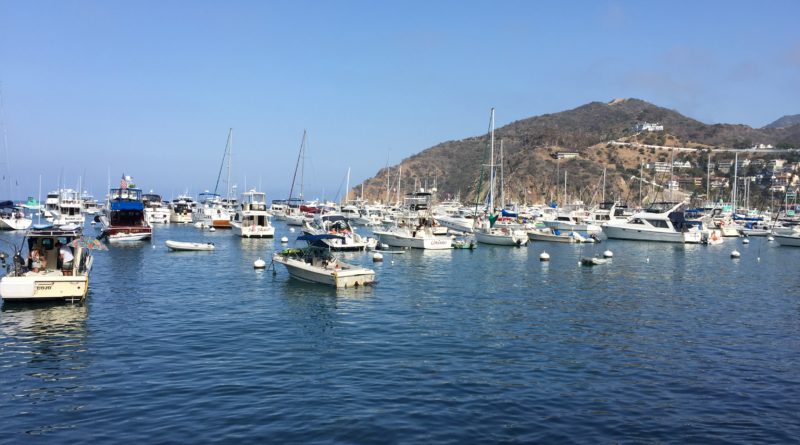 AVALON ― Catalina Island residents and visitors might have been able to enjoy some food on the fuel dock pier during Avalon’s Fourth of July festivities, but the local City Council is still trying to figure out whether it could facilitate the return of a more permanent eatery on the busy waterfront.

Plans for a fuel dock café were back on the City Council’s agenda July 18, with Avalon’s elected officials reviewing options and searching for solutions. Discussions were held in open session; council members, at times, had previously discussed potential terms of a fuel dock café deal in closed session.

Avalon appeared to be on track to have local residents Russell and Jenny Armstrong, who previously operated restaurants in the city, construct and operate a café from the fuel dock pier.

Talks between Avalon and the Armstrongs stalled several months ago, prompting the city to issue a Request for Proposals, or RFP, for a new vendor.

The RFP yielded a response from only one vendor: the Armstrongs.

Of course the Armstrongs aren’t new to the fuel dock; they had operated a café there before it was damaged by a storm.

City Manager David Jinkens suggested the council take one of three actions at their July 18 meeting: accept the Armstrongs’ proposal and prepare a new lease agreement; propose a counteroffer; or, issue another RFP.

The Armstrongs, interestingly enough, were not present at the July 18 meeting.

Jinkens added the Armstrongs might have still had a restaurant at the fuel dock pier had there not been a bad storm and a “deteriorating dock.” The Armstrongs also happen to be one of the last small business owners in Avalon, Jinkens told council members.

One council member did not find the Armstrongs’ current proposal to be reasonable.

“What is being proposed in the Armstrong’s letter to us is a 30-year lease at $36,000 a year. That is not fair to all concerned,” City Council member Cinde MacGugan-Cassidy told her colleagues.

“I know everyone has run the numbers for years. I have been unemployed for years, as I’ve watched you guys discuss this and discuss this. I want to go back to work,” Alexander stated. “It’s been a frustrating process.

“The last year we were in operation, we ran live music six out of seven days a week. We created memories there, and I wonder what value you put on that,” Alexander continued.

Cassidy agreed the process has been frustrating.

“One of my biggest frustrations over the past two to 2.5 years, we start over every time. We never build upon where we were. We had made decisions a year ago and now we are back to negotiating for another year,” Cassidy said.

“It’s been three or four months really, since the project has been ready to be occupied or built onto. We’ve worked as fast as we could,” Sampson stated. “It’s not like we keep balking on things and pushing things back and pushing things aside.”

Mayor Ann Marshall pointed out negotiations have been going on for two years.

Cassidy suggested tabling any further discussions if they are still negotiating terms, especially when the Armstrongs were not present.

“I think after 10 years the rent should go up. If they can’t make the business work in 10 years, and you know it’s going to be success the minute they open… I think that 10 years should be more than $4,000,” Marshall stated.

These tiered options would bring the Armstrong’s lease in line with all the other leases of the city and give the Armstrongs a 10-year period to recover the cost of the exterior building, according to Cassidy.

The City Council meeting concluded with Cassidy offering to sit down with the Armstrongs and presenting the two tiered options despite Marshall’s comment. City Attorney Scott Campbell, Director of Public Works Bob Greenlaw and Jinkens would be present at this meeting as well.