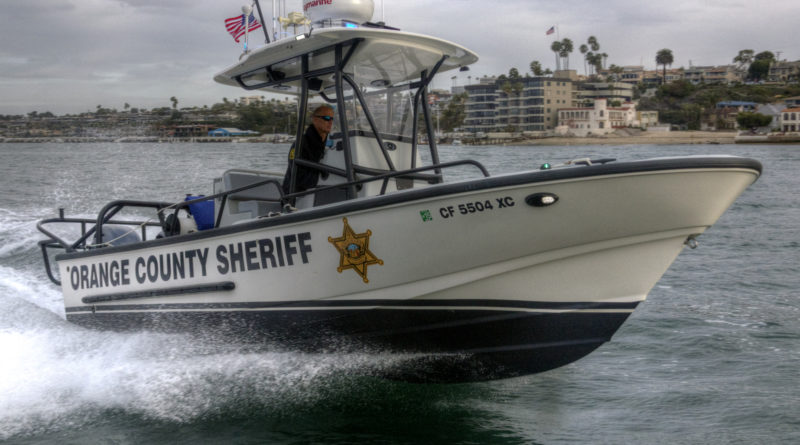 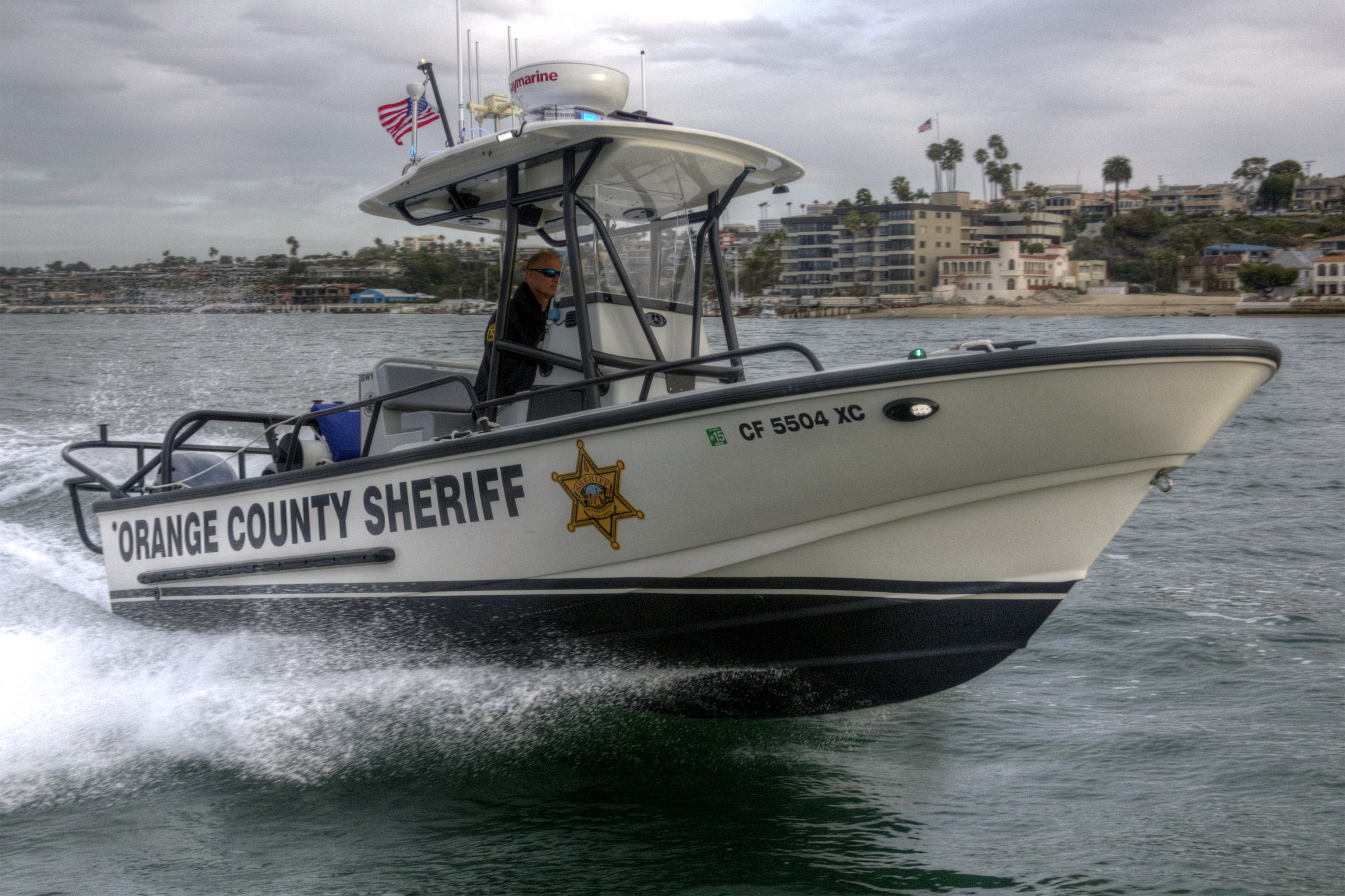 “They’re a huge upgrade; these have all the modern electronic equipment,” said Sgt. John Hollenbeck. “The Seaways were soft top so they didn’t even have radar, and they had very rudimentary GPS, nothing like what people would expect. Even the handhelds that people have in their cars are better.”

The Boston Whalers feature 200 HP ourboard engines and come standard with state of the art equipment such as depth finders, radar, GPS and nautical charting all via one modern integrated display. Marine radios, police radios, racks for securing weapons, space for storage, and much more visible police lights are also included on the vessels.

The boats will be used for marine rescues and patrolling the 48 miles of Orange County coastline that falls within the jurisdiction of all three patrol stations – Newport Beach, Dana Point and Sunset-Huntington harbors.

Each boat ran about $130,000 not including the additional costs for electronics required for search and rescue operations.

“The old ones still have the gumball rotating lights if you can believe that, these have LED,” Hollenbeck said. “The new boats are very fast; on glassy conditions you can get them up to about 55 mph. The old seaways were wood, they handled very well, but they were much heavier.”

The Seaways will now be listed on a government surplus site where another county agency could take them, Hollenbeck said. If unclaimed, then priority would move to school districts, then nonprofits and finally, if nobody wants them, the boats will go to auction.

“This will be a new program, the first time we’re doing this, usually they just go straight to auction,” Hollenbeck added.