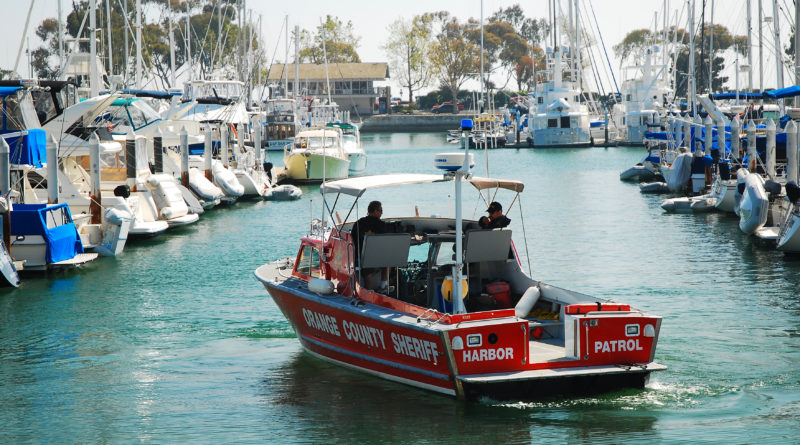 Are harbors still home to frequent off-the-radar charter services? What are policymakers doing about it?

Editor’s Note: This story has been updated to reflect a response given to The Log by O.C. Parks. The agency’s response was received shortly after our latest issue went to press.

ORANGE COUNTY — Anytime appears to be a good time to hop aboard a boat to catch some fish or watch whales bob in and out of the water. Whether these excursions happen aboard a legal charter service remains to be a controversial issue. The Log, with some consistency, receives complaints or questions about the extent of illegal charter operations at local harbors. Such questions have often resulted in coverage of what boaters must do to abide with local or federal regulations. We’ve also explored what some agencies (such as the Coast Guard) hope to accomplish in cracking down on illegal charter operations.

Questions of how illegal charter operations are managed in Orange County – specifically Dana Point Harbor – were recently brought to The Log’s attention. Answers are still being sought, yet a discussion could still be hard – especially in the context of informing consumers of what to pay attention to whenever they board a six-pack or other charter for the purpose of catching some yellowtail or interacting with whales.

Dana Point Harbor is home to “rogue” charters, according to the Dana Wharf website.

“Beware of ‘rogue’ charter boats! Make sure your charter boat has insurance,” the website’s section on charter rentals stated.

The notice, written with a mix of red and black letters, also lists the locations where customers can board legal charter boats (whether six-pack or otherwise): Dana Wharf, Dick Simon Yachts, Dream Catcher Yachts and Mariner’s Yacht Charters.

Chartering a boat from any other location in Dana Point Harbor could mean it’s illegal, Dana Wharf staff stated.

“There are many boats that are not legit and don’t have a location but are just advertising a dock. We would like to see the county crackdown ASAP on this continued problem,” Kalez told The Log in an email. “If [the customer is] just paying a random person for a charter that is illegal.”

The Log reached out to O.C. Parks for some perspective on whether the county had any working knowledge of charter activities within Dana Point Harbor. Were there individuals taking people out on sportfishing or whale-watching trips for a fee but not fulfilling any licensing or permitting requirements? What regulations – in addition to County Code Section 2-2-204-C-2 – does Orange County have in place to govern charter services? What is the process to obtain a charter?

“O.C. Parks understands concerns associated with unauthorized businesses operating within Dana Point Harbor. The Orange County Codified Ordinances preclude unauthorized commercial activity on county property. We take seriously and investigate any reports of unauthorized business activity on O.C. Parks property,” Marisa O’Neil, a public information officer with O.C. Parks, told The Log in an email. “The county is in process of evaluating all commercial activity within the harbor and how best to manage the parking demand, signage, and enforcement measures while maintaining the recreational charm of Dana Point Harbor.”

Six-pack charters aren’t the only boat rental activities taking place on the water. The Log has previously reported on recreational boats offered for rent on popular websites such as AirBnB and VRBO.

Another post offered a 40-foot sailboat in Newport Beach Harbor for $195 per night.

No boat rentals appeared to be available in Dana Point Harbor, based upon a recent search on AirBnB and VRBO.

Short-term vacation rentals are generally regulated at the city level, though local and regional policymakers still appear to be figuring out how best to legislate the activity – both on land and water.

Charter operations proved to be a hot topic at a recent Santa Barbara Harbor Commission meeting, as the advisory board voted not to renew a charter permit for a boating excursion business operated by one Paul Noury.

An excursion operated by Noury reportedly caused more than $21,000 worth of damage to Stearns Wharf and threw three passengers overboard.

At Santa Barbara Harbor, 12 private charter operations are allowed to run. Smaller chartered operations are in direct competition with some of the larger business such as SEA Landing, who pays a lot of money to operate in comparison with the smaller private businesses.

Kronman added his department reviews an applicant’s entire history before deciding whether to grant a charter permit to a business.

“We only allow permits to those who can uphold [boating operations] to an exemplary fashion. People’s lives are in your hands.”

The harbor director referred to the Noury case as an example of what charter operations should avoid doing and why cities and counties regulate such activities. Noury, in the Stearns Wharf incident, reportedly entered the harbor at 20 knots and collided with the wharf, causing passengers to fall into the water. He then reportedly fled the scene of the crash during the busy summer hours in July. Waterfront Department staff added Noury did not report his annual profits for 10 years.