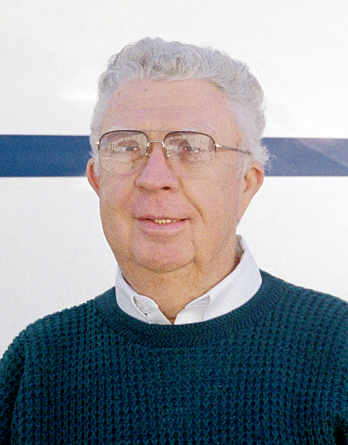 WOODLAND HILLS—Catalina Yachts announced the death of its CEO, Frank Willis Butler. Butler died on Nov. 15. He was 92.

“It is with great sadness that we announce that Frank Willis Butler, President and Chief Executive Officer of Catalina Yachts, passed away November 15, 2020 in Westlake Village, CA, due to unexpected complications from a recent illness. We extend our most heartfelt condolences and sympathy to Frank’s family. Our thoughts are with them at this most difficult time.

A sailing icon and industry ‘kingspoke,’ Frank Butler has introduced hundreds of thousands of people to sailing during his lifetime. Those of us who have been fortunate enough to know and work with Frank have lost a dear friend and an inspiring mentor. Frank leaves behind a company that only he could have built, and his spirit will forever be the foundation of Catalina Yachts.

Born in California in 1928, Frank’s line of popular sailboats put more than 85,000 Catalinas on the water throughout the yachting world. His boatbuilding career began in 1962, when he contracted with a Southern California builder for a 21-foot daysailer. The builder was unable to finish the boat and gave Butler the tooling. He completed building the boat himself, found he enjoyed the process, and agreed to take over the company.

A few years later he founded Catalina Yachts, which has grown to become the largest builder of fiberglass production sailboats in the United States, a position it holds to this day.

A key to Butler’s success in the sailboat industry was his attention to Catalina customers. Handling warranty issues himself, owners were nearly always surprised and reassured to get a personal call from Frank to discuss their concerns.

Butler was inducted into the National Sailing Hall of Fame in 2013. In recognition of his support of the Congressional Cup, a world match racing event, Long Beach Yacht Club awarded him the Crimson Blazer. He was also a founder and lifelong member of the Westlake Yacht Club in Westlake, CA.

Following his graduation from Glendale High School, he served in the US Navy. He met his wife, Jean, at a school dance; they recently celebrated their 71st anniversary.

Awakening the joy of sailing for so many people in past generations, Frank Butler’s sailing legacy will certainly continue well into in future generations.”