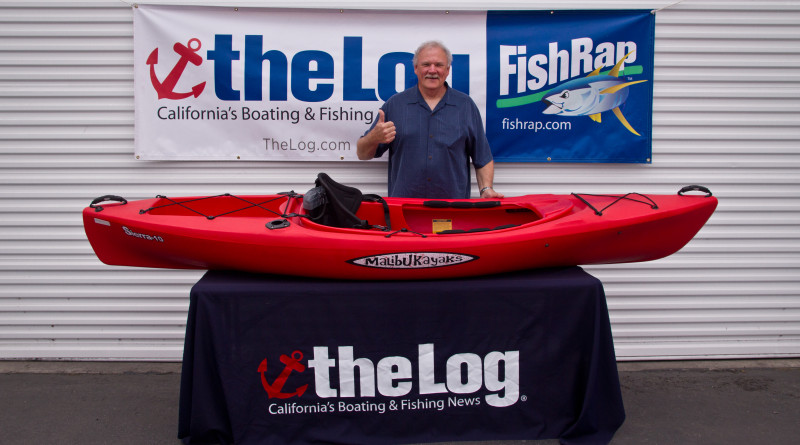 FOUNTAIN VALLEY ― John Melton from Camarillo is this year’s winner of the Malibu Kayak Sierra 10. Melton has been going to the Fred Hall Shows every year for the past 20 years. He saves up his money to attend and buy all the tackle he needs for the year.

Melton, an angler who enjoys fishing as far south as San Diego and Los Cabos, appears to have luck on his side. A dedicated reader of The Log, his name was picked out of more than 700 names collected during 12 days of Fred Hall Shows at three locations. Last year, he won a three-day sportfishing trip. This year, Melton was surprised to learn he won the kayak; he entered his name in the running while visiting The Log booth at the Fred Hall Show in Long Beach on a crowded Saturday afternoon.

“I thought it was crazy that I won this,” Melton stated.

He has his own boat for freshwater adventures, and he would kayak with his son in the past.

The Malibu Kayak Sierra 10 is a sit-inside kayak with adjustable foot pegs and a large rear storage area. A stable kayak with mounting areas for rod holders, Melton will enjoy many more fishing adventures on the water with his son aboard his new kayak.

Melton, along with his son and brother, caught 17 marlins in one day during their first fishing expedition in Los Cabos together.

The angler and Camarillo resident goes out of the Channel Islands quite a bit as well.