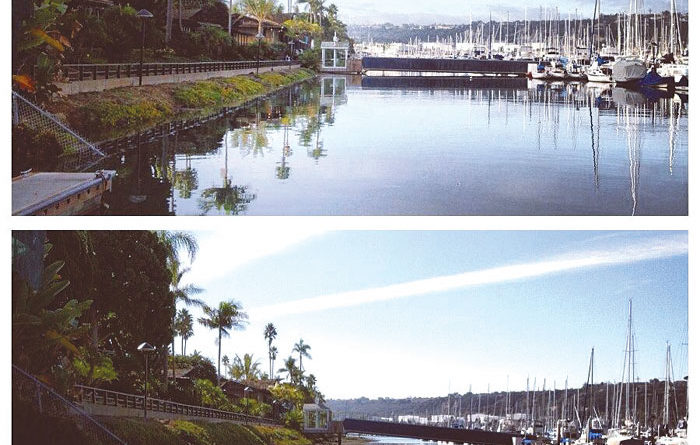 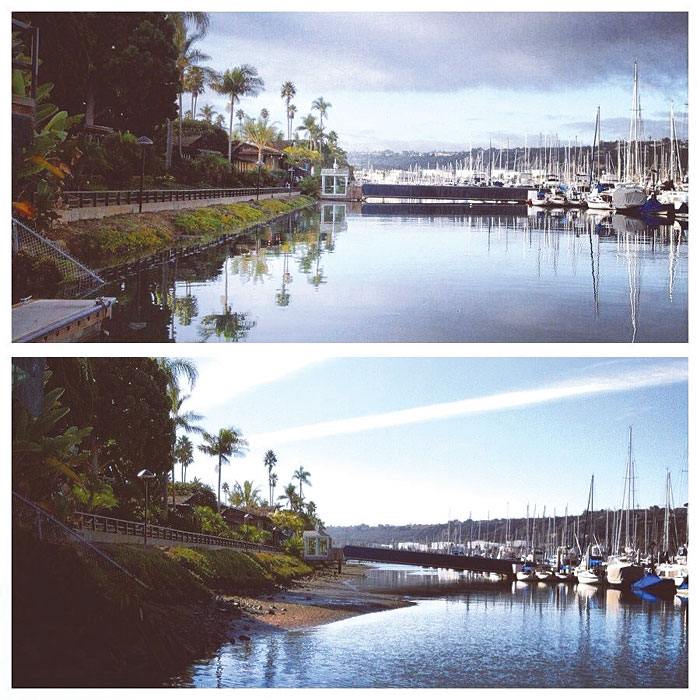 The highest tides of the year hit Southern California’s coastline Dec. 13, giving a glimpse of what a possible future sea level rise could mean to beachfront and harbor communities.

The high tides capped out at more than 7 feet at 8:15 a.m. Dec. 13, causing flooding and water damage to houses and businesses in Sunset Beach and along Huntington Harbour. Flooding was also reported on streets along the Balboa Peninsula. And the high tides led to seeping seawalls along Naples Island, with water spilling onto walkways and near homes along the canal.

Overall, local officials said the damage was minimal in most locations, as the rain and weather that drenched the coast the night before subsided prior to the peak tide. Officials also said that if there had been a swell or stronger onshore winds, the flooding could have been much greater.

The worst flooding was seen at Sunset Beach, where a 1.3-mile stretch of Pacific Coast Highway — from Warner Avenue to Anderson Street — had to be closed due to ankle-deep water. Caltrans workers spent two hours working to drain the stretch of highway that often floods during rainstorms.

The combination of rainwater from the storm the night before, along with the high tide spilling water from Huntington Harbour onto the street led to the greater-than-usual flooding.

In Newport Beach, flooding was reported along 42nd Street and River Avenue and near 26th Street and Newport Boulevard. The city’s tidal valves located along the bayside of the Balboa Peninsula were closed prior the King Tide, which kept seawater from backing up into the storm drains and preventing most of the water from emptying out onto the streets.

City spokeswoman Tara Finnigan said pumps were brought in to send the water that accumulated on the streets back into the harbor.

At Long Beach’s Naples Island in Alamitos Bay, seawalls along a portion of the canal began seeping water onto walkways and toward waterfront homes as the tides crept up to unusually high levels. The water did not top the walls, but it bubbled up from below ground.

Experts say the ultra-high tides are a result of a unique alignment of the earth, sun and moon. The tide, which is the highest of the year, was more than seven feet at most Southern California beaches, reaching over 10 feet in Northern California’s Redwood City, according to the National Weather Service.

In order to better understand what sea level rise could mean to beachfront communities in the future, organizers at the California King Tides Initiative have been asking residents and visitors to post photos of the high tides in their communities to its website to illustrate the phenomenon.

The California King Tides Initiative cites a report released earlier this year, conducted by the National Academy of Sciences, that projects approximately 1 foot of sea level rise by 2050, and a sea level rise of up to 5 feet by 2100 along the California coast.