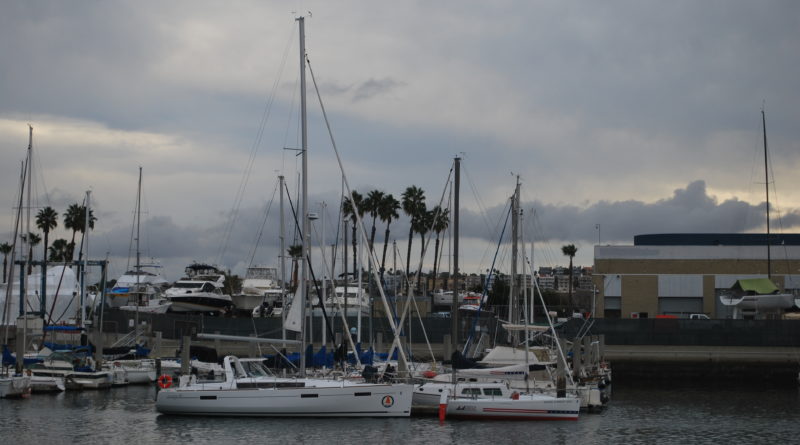 LOS ANGELES — Los Angeles County’s Board of Supervisors, in an effort to drastically cut down the waste being secreted into the harbor, approved a draft ordinance to make amendments to update a code section regulating harbors with respect to Total Maximum Daily Load, or TMDL. Supervisors also directed the County Counsel to revise and prepare the final ordinance to be presented in the coming months.

The vote was made as part of the Supervisors’ consent calendar on March 6.

TMDL has been the theme of many an amendment before, but it could take on a more literal meaning since a focal point of recent amendments for a draft ordinance about Marina del Rey’s harbor toxicity levels primarily relate to bodily waste – both human and bird – and hull-cleaning procedures.

The exceptionally high levels of bacteria and waste in Marina del Rey – and what to do about them – have been discussed at length since 2004.

“The item was approved by four votes; Supervisor Barger was absent,” Maral Tashjian, a representative for the county of Los Angeles Department of Beaches & Harbors, told The Log.

Tashjian added the final ordinance should be returning to the Board for a final say in the next few months.

Requiring certification for in-water hull cleaning Best Management Practices (BMPs) and prohibiting any kind of hull cleaning resulting in “a visible plume in the water” were among the ordinance’s proposals.

Additionally, the draft called for regulations placed on liveaboard vessels to also be implemented on all vessels and floating facilities operating within the harbor.

The draft ordinance read: “Toilet fixtures on vessels, floating homes, houseboats and floating facilities would be required to demonstrate, if requested by the Harbor Master, that their vessels do not leak or discharge any waste into harbor waters. And vessels with a sanitation device, which allows direct overboard discharge of waste, must be secured while inside the harbor.”

Overfeeding of birds was also cited as problematic, and the amendment called for patrons and boaters on the shore to cease feeding them so as not to cause more unnecessary waste.

For years, officials have tried to shift boaters from using the reliable copper-based paints used for preventing marine growth on the bottoms of boats to use as an alternate, more environmentally friendly paint. In 2014, Los Angeles County announced copper loads must be reduced by 85 percent by March 22, 2024.

Boaters have been slow to switch paints, though the county’s plan included converting at least 100 of “official” vessels to paints without copper. While copper paints have made an impact on the marina, the hull-cleaning process that possibly strips the paint into the water is another major concern according to the pilot program.

County supervisors and the regional water board had met an agreement to move ahead with the development of a Contaminated Sediment Management Plan (CSMP) to coincide with Marina del Rey’s previously established TMDL restrictions, The Log reported on Feb. 2, 2017. County officials were slated to submit the finalized CSMP by Dec. 31, 2019.