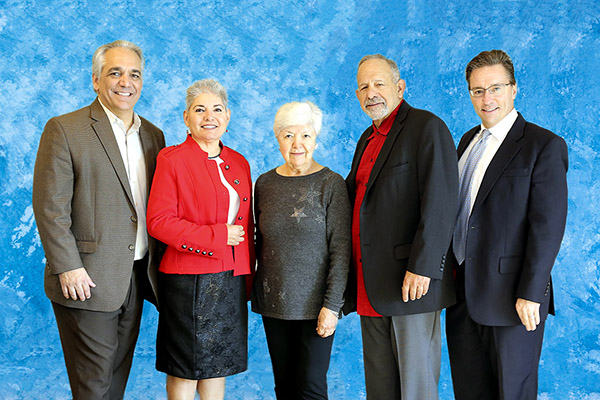 SAN PEDRO — Ambassador Vilma Martinez announced she has officially stepped down from her role as president of the Los Angeles Harbor Commission, the quasi-judicial agency tasked with developing and managing policies for the Port of Los Angeles. Martinez’s departure from the board took effect April 6.

Jaime L. Lee, who served as board president and commissioner on the L.A. City Employees’ Retirement System Board of Administration, was named by Los Angeles Mayor Eric Garcetti to fill Martinez’s vacancy. Lee’s succession must be formally approved by the Los Angeles City Council; port district staff hinted a vote on Lee’s appointment could be made within the next few weeks.

Martinez was appointed to the Los Angeles Harbor Commission in 2013 and was involved with the port district’s development of the 2017 Clean Air Action Plan and Public Access Investment Plan. She previously served as the U.S. Ambassador to Argentina under Pres. Barack Obama (2009-13) and was general counsel of the Mexican-American Legal Defense Fund. Martinez was also a University of California regent and served on the Advisory Committee on Trade Policy and Negotiations under Pres. Bill Clinton.

The Los Angeles Harbor Commission is a five-member board overseeing the Port of Los Angeles’s operations. Commissioners serve five-year terms.

An official explanation for Martinez’s departure was not given.