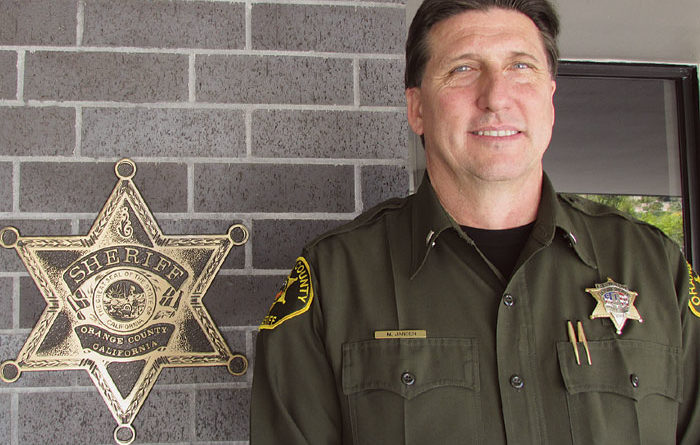 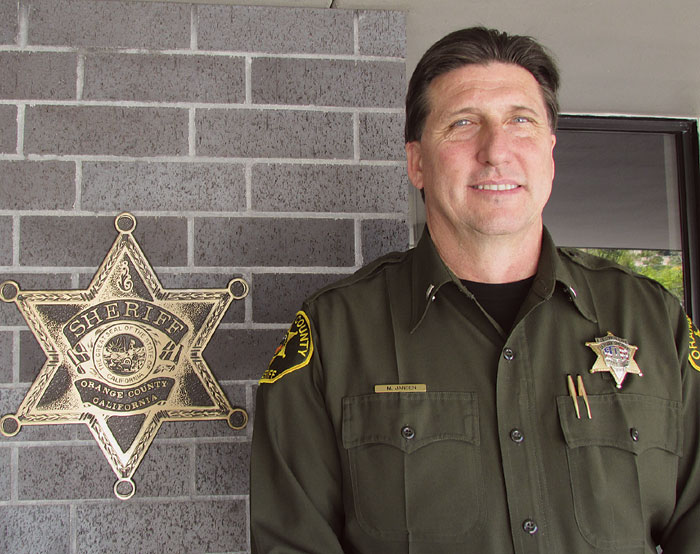 Jansen’s knowledge of Orange County’s three harbors and his commitment to keep an open line of communication with local boaters should make the transition practically seamless, Slayton said.

“If you like the way Tom Slayton does business, than you are going to like the way I come in and do business,” Jansen said. “I will be accessible — and I do listen and I do care about the harbor.”

Jansen began the transition from bureau commander at the sheriff’s dispatch center to harbormaster on March 4. Since then, Slayton has helped acquaint him with harbor locals, introducing him to yacht club members and recreational boaters.

Jansen said he understands the importance of staying accessible to the Newport boating community.

“We are a part of a boating community — and I want to make sure that we have a good relationship, where they can approach us with any issues they may have,” he said. “Then we can have open dialogue.”

Lt. Slayton’s commitment to that tradition of keeping the lines of communication open between boaters and the department, his accessibility and his ability to see things through caught the attention of Newport Beach Harbor Commission members.

On March 13, the Harbor Commission thanked Lt. Slayton for his work in the harbor and presented him with a congratulatory award: a dock cleat.

“We are saying this (retirement goodbye) with very mixed feelings, but you do have our most sincere congratulations,” said Harbor Commission chairman Doug West. “We really admire your professionalism, and we know that has inspired the fine spirit your deputies have consistently shown in working to protect and serve our residents and visitors to the harbor.”

Harbor Commissioner Ralph Rodheim recalled how refreshing it was to have a harbormaster say, “Can do: I will figure this out,” when it came to matters of importance to boaters.

“Not only did he say it, but he did it,” Rodheim said. “We are really upset with you for leaving — and if it was up to me, I would not accept your resignation. We would have you stay another 10 years.”

Jansen said he intends to maintain “business as usual” at Orange County harbors, while he gets acclimated to the position. He has yet to pinpoint any areas in need of major changes.

“The whole Harbor Patrol bureau has been running very smoothly under Tom — but if there are things to be addressed, then they will be addressed,” Jansen said. “Our relationships with the yacht clubs and the citizens are definitely going to be just like they were under Tom, if not better.”

Jansen’s desire to serve the public began at a young age after his father, a retired officer from the Anaheim Police Department, helped set an example for the family. Mike Jansen, his brother and his brother-in-law work in the Orange County Sheriff’s Department, and he has a sister who retired from the department.

In his 28 years of work, the Buena Park native has served in various divisions of the Orange County Sheriff’s Department, but he long had his heart set on leading the harbor division. It only took one visit to the Newport Beach Harbor Patrol station to help him make up his mind.

In early 2000, Jansen was on a ride-along in Newport Harbor when his unit received a call for assistance from a boater who had a boat breakdown near one of the local marinas. The vessel turned out to belong to former Orange County Sheriff Mike Corona.

“I recall that it was in a really tough location, he said. “My friend tucked the boat perfectly into this tight little area, and we were able to give the boat a jump start.

“I was so impressed,” Jansen recalled. “That’s what made up my mind that I wanted to work in the Harbor Patrol.”

Jansen began his duties in the Harbor Patrol in 2003 as station commander at Huntington Harbour, where he oversaw the planning and construction of the new Harbor Patrol station in 2007.

Prior to joining the Harbor Patrol, Jansen worked in the Men’s Central Jail in Santa Ana, on patrol in Mission Viejo and Laguna Hills, and in the narcotics division.