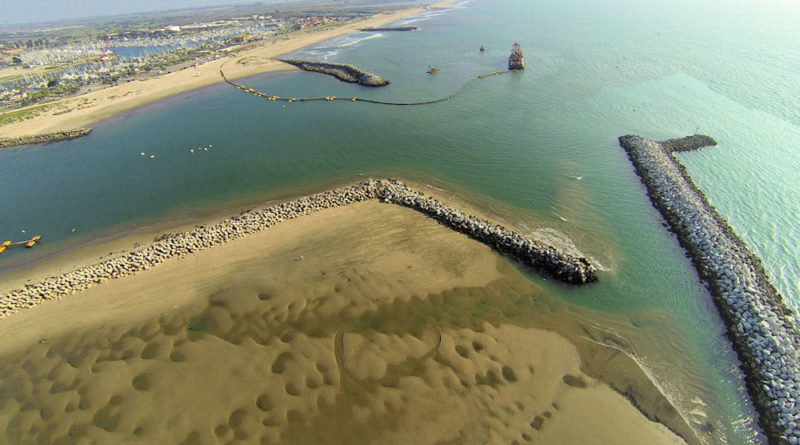 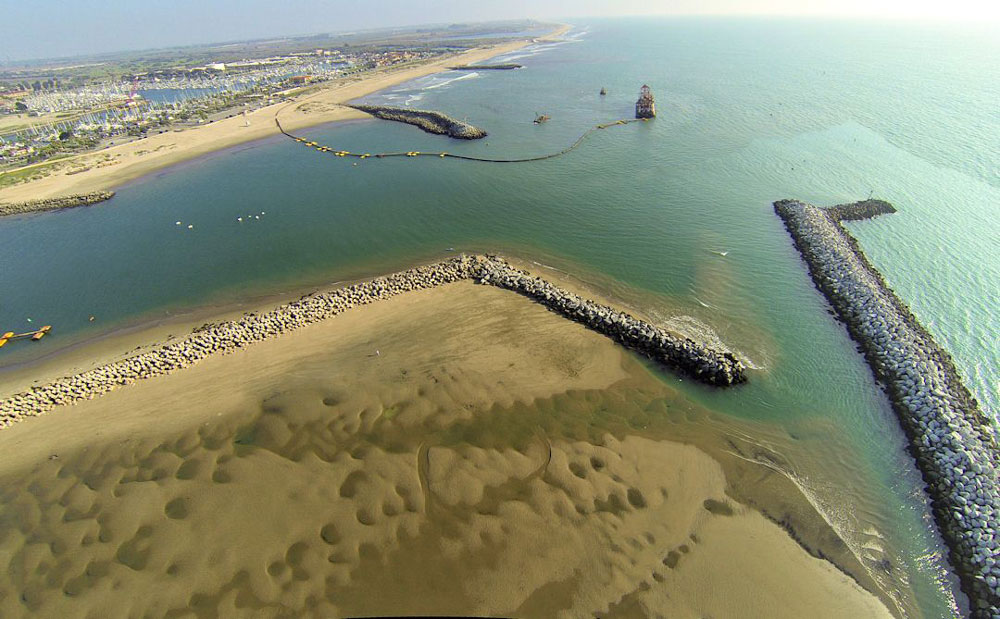 VENTURA —The mounds of accumulated sediment in Ventura Harbor are in the process of being removed as part of a major dredging effort in the recreational and commercial harbor.

According to a March 4 press release issued by the Ventura Port District, the project will remove about 80 percent of the sand from the sand trap and harbor entrance. Approximately 800,000 cubic yards of sediment will be dredged by the project’s completion.

The project, which began in February and is scheduled to end in early March, is the first major dredge of the harbor in several years. In 2014, the Port District learned the President’s 2015 Budget designated $3.54 million for harbor dredging, which, when added to the remaining $3 million in funding that remained from last year’s project, allowed for a complete and thorough dredge of the harbor. The last time Ventura Harbor was completely dredged was in 2008.

“The dredging effort is essential to the accessibility for the recreational boaters and our large commercial fishing fleet year-round,” said Oscar Pena, Ventura Port District general manager. “We are grateful for the support of the federal government for funding this year and for 2016.”

For the past two months, Manson Construction Company’s hydraulic dredge, the HR Morris, has been working to clean the Main Channel entrance and the sand trap.

According to the Ventura Port District, dredging is essential to remove sand buildup and keep the harbor open and safe for vessels. Each year, about 600,000 cubic yards of sand moves down the coast in Ventura, accumulating at the harbor’s entrance and potentially making the harbor impassable for commercial and recreational powerboats and sailboats.

Without adequate dredging, Ventura Harbor would be unsafe for vessels and face possible closure, devastating the local fishing industry, the economy, the National Park Service and recreational boaters, and impacting thousands of jobs in the region, according to the Ventura Port District.

“We will continue to work with our elected officials on the important work that needs to be done in order to keep the harbor entrance safe and navigable,” Pena said. “Ventura Harbor is also home to the Channel Islands National Park, in which Island Packers carries 80,000 guests yearly to visit the Channel Islands and for whale watching excursions.”

In recent years, federal budget cuts have challenged the Ventura Port District’s ability to ensure enough federal dollars are available to dredge each winter. Approximately 900,000 cubic yards of material had accumulated in the harbor in 2014, but only half of it – 450,000 cubic yards – was dredged due to federal budget cuts. This winter, more than 1 million cubic yards of material had gathered in the harbor.

To secure additional funding for dredging following several years of inadequate funding, Ventura Port District officials led a major effort over the past three years to demonstrate the importance of annual dredging at Ventura Harbor with the support of Congresswoman Julia Brownley and Sen. Dianne Feinstein (D-Calif.).

“The Port District is delighted with the efforts of all involved securing the additional funding so the Army Corps can get slightly ahead of the game by removing more sand than that which normally accumulates in any given year,” Harbormaster Scott Miller said. “However, it’s just a start. The sand will continue to move down the coast and it will take repeated efforts to keep the sand trap and the entrance clear.”

Currently, $4.83 million is already proposed in the President’s Budget. However, additional funding would still need to be added to have adequate dredging accomplished.