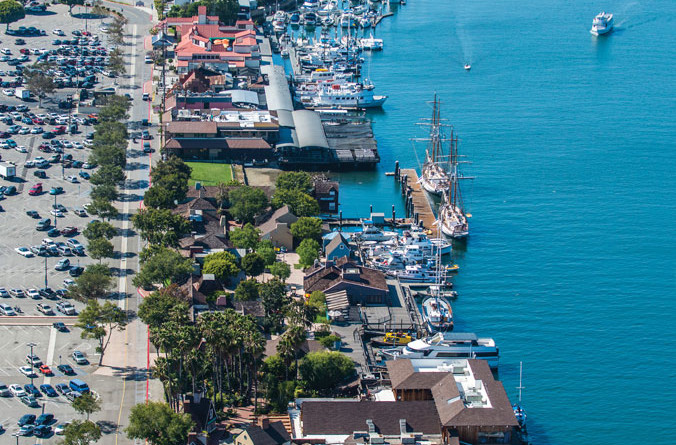 LOS ANGELES — The planned redevelopment of the L.A. Waterfront in San Pedro has resulted in boaters berthed at Ports O’ Call to relocate.

An agreement to terminate a lease between the Port of Los Angeles and Port’s O’ Call Restaurant Corp. and assign subleases to the waterfront agency was formally approved by the port’s Board of Commissioners on Jan. 22. The lease termination will allow for construction of the planned Ports O’ Call Promenade.

Ports O’ Call Restaurant Corp. will no longer remain on the waterfront as the port is moving forward with a new master developer. The tenants it managed, however, will remain at the commercial village; tenants included restaurants such as Acapulco and Marina Seafood.

One speaker requested the commission work with boaters to develop a plan with other harbor-area marina operators to ensure a smooth transition out of the Ports O’ Call area and into nearby boating venues.

Ed Robles, the Port of Los Angeles’ assistant director of waterfront and commercial development, said officials will meet with liveaboards and boaters to facilitate a smooth transition out of San Pedro Marina.

“We’re going to work jointly to make as smooth a transition as possible,” Robles said. “We couldn’t meet with anyone until [this lease termination agreement was approved].”

A review of the lease termination agreement and assignment of subleases to the Port of Los Angeles indicated Ports O’ Call Restaurant Corp. reached an accord with Al Larsen Boat Shop in April 1980 to sublease San Pedro Marina.

The marina sublease, according to port staff, was terminated in October 2014. Ports O’ Call Restaurant Corp. is currently engaged in a civil action to seek damages against former tenants, port staff added; details about the civil action were not immediately revealed.

All agreements, rights and title in boat slips adjacent to the Ports O’ Call Village will be transferred to the city of Los Angeles by March 1, according to the agreement.

The building at 950 Sampson Way, where San Pedro Marina is located, is expected to be demolished.

Commissioners said the L.A. Waterfront redevelopment has been a slow and patient process but plans are finally coming together.

Port of Los Angeles Executive Director Gene Seroka echoed similar sentiments at his State of the Port address on Jan. 13.

“Our Ports O’ Call redevelopment plan continues to move forward,” Seroka said. “We will reach an accord in very short order and move forward with some amazing development here on our waterfront.”

Renderings of how the Los Angeles Waterfront could look like once completed will be on display at a planned public town hall meeting in San Pedro on March 2, Seroka added.

“It’s kind of a bittersweet day for us. For over 50 years we’ve had a presence down on the port, and of course that’s going to be coming to an end with the termination of our lease,” Tallichet said.