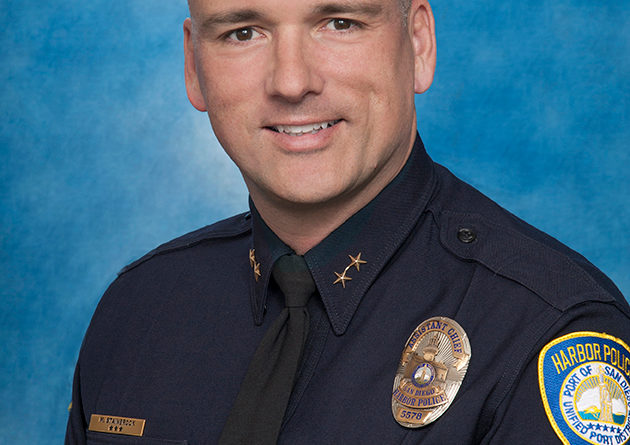 Mark Stainbrook assumed his new role March 1; he served in the same position in an acting capacity since October 2017. Stainbrook will oversee the port’s Harbor Police Department and overall security of San Diego’s harbor.

“The Harbor Police Department represents the best of the best and we make an important contribution to regional public safety,” Stainbrook said. “Our vessels, K-9 officers, tactical team and dive team are valued as regional assets. We will be continuing to enhance our regional partnerships at the local, state and federal levels.”

Stainbrook joined the department in 2011 after retiring as a lieutenant from the Los Angeles Police Department. His LAPD assignments included patrol, gangs, internal affairs, intelligence and counter-terrorism.

The Harbor Police chief graduated from the FBI National Academy and earned his Master’s Degree in Public Policy Administration from California State University, Long Beach. He was also named US-UK Fulbright Fellow at Leeds University in the Religious and Theology Department in 2007 and was seconded to the West Yorkshire Police Force. The Potomoc Institute for Policy Studies named Stainbrook as a Senior Fellow in June 2016.

The Harbor Police and Port of San Diego will be hosting a Flu and Hepatitis A vaccination event at Shelter Island on March 15; a limited number of flu shots will be available between 10 a.m. and noon.

Boaters and anglers are encouraged to attend; the event will be held at 1401 Shelter Island Drive in San Diego. Call 211 or visit 211sandiego.org for more information.