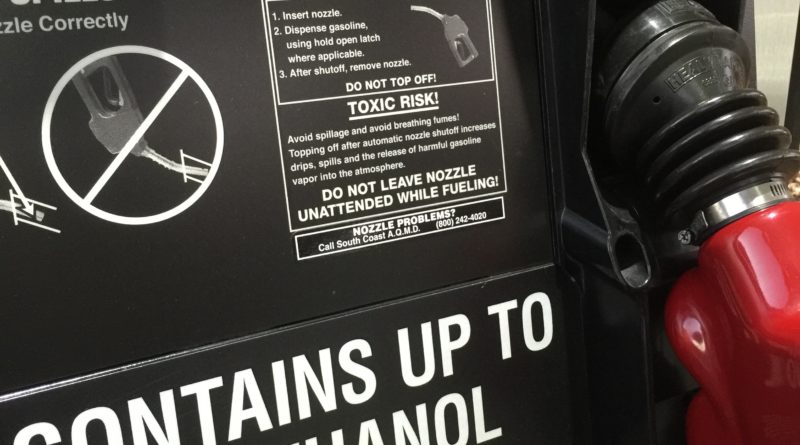 Reps. Austin Scott (R-Georgia) and Lois Frankel (D-Florida) jointly wrote the letter to Wheeler, stating consumers need greater protections when it comes to E15 and misfueling. The EPA’s proposed rule could allow for the year-round sales of E15.

It is unclear whether the EPA, on its own, has the authority to unilaterally lift the four-month restriction on E15 sales. The moratorium on E15 sales takes places between June and September, annually.

Both legislators had introduced The Consumer Protection and Fuel Transparency Act of 2018 (H.R. 5855) last year as part of an effort to “improve labeling and fuel pump safeguards.” The proposed legislation would also “expand consumer awareness on how to safely use fuel containing more than 10 percent ethanol.”

“While the … [proposed] rule seeks to propose regulatory changes that would allow the year-round sale of gasoline blended with up to 15 percent ethanol (E15), it fails to include critical consumer safety protections that must be included in any effort to expand the sale of E15,” the joint letter penned by Scott and Frankel stated. “As the EPA develops the proposed rule, we urge you to include a robust consumer education program and more effective fuel pump labeling requirements to better communicate risks in misfueling with E15.”

Scott and Frankel added many consumers are unaware they are filling up with E15, which is prohibited for use in small boat engines, for example.

“The [EPA’s] proposed rule will significantly increase the risk of misfueling as more E15 fuel floods the market at a time of year when small engine uses is at a peak, ultimately harming the millions of consumers who depend on a stable, safe fuel supply,” Scott and Frankel stated in their joint letter.

“President Trump continues to uphold his commitment to ethanol and the Renewable Fuel Standard program to give consumers more choice,” said a White House statement on Trump’s rulemaking direction. “The proposed expansion will strengthen America’s domestic energy production and provide a boost to America’s famers.”

Trump called the current rules governing E15 as “intrusive.” The four-month ban on E15, however, was implemented to help curb smog events during summer months.

“At present, E15 cannot be sold during summer months because it does not meet the Reid Vapor Pressure (RVP) requirements under the Clean Air Act (CAA) for the summer ozone season (generally June 1-September 15),” Kelso Bracmort, a specialist in natural resources and energy policy with Congressional Research Service, wrote in a report shortly after Trump issued his directive. “At issue for Congress is whether to leave the CAA as is or to amend it to exempt higher ethanol-gasoline fuel blends from the RVP requirements, and how year-round E15 sales might affect both federal programs (e.g., Renewable Fuel Standard) and associated stakeholders (e.g., the petroleum industry, environmental organizations, and the advanced biofuel industry).”

The EPA could release a proposed final rule in February, according to news reports and a federal filing; deliberations on the proposal could continue into the spring months.

E15 fuel blends have been opposed by boating advocacy groups. Industry leaders have long stated small marine engines cannot be filled with E15 fuel, as it would lead to corrosion. Groups such as BoatUS and National Marine Manufacturers Association (NMMA) also seek improved labeling at gas stations to prevent boaters from filling up with E15 instead of E10 or E0.

2 thoughts on “Members of Congress push for E15 education”