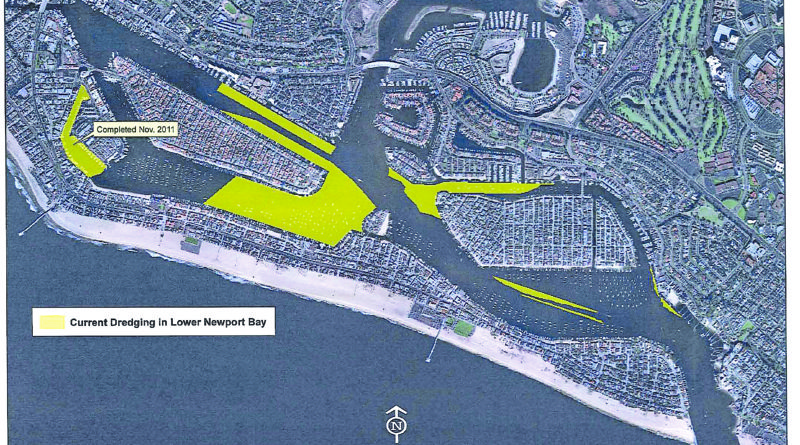 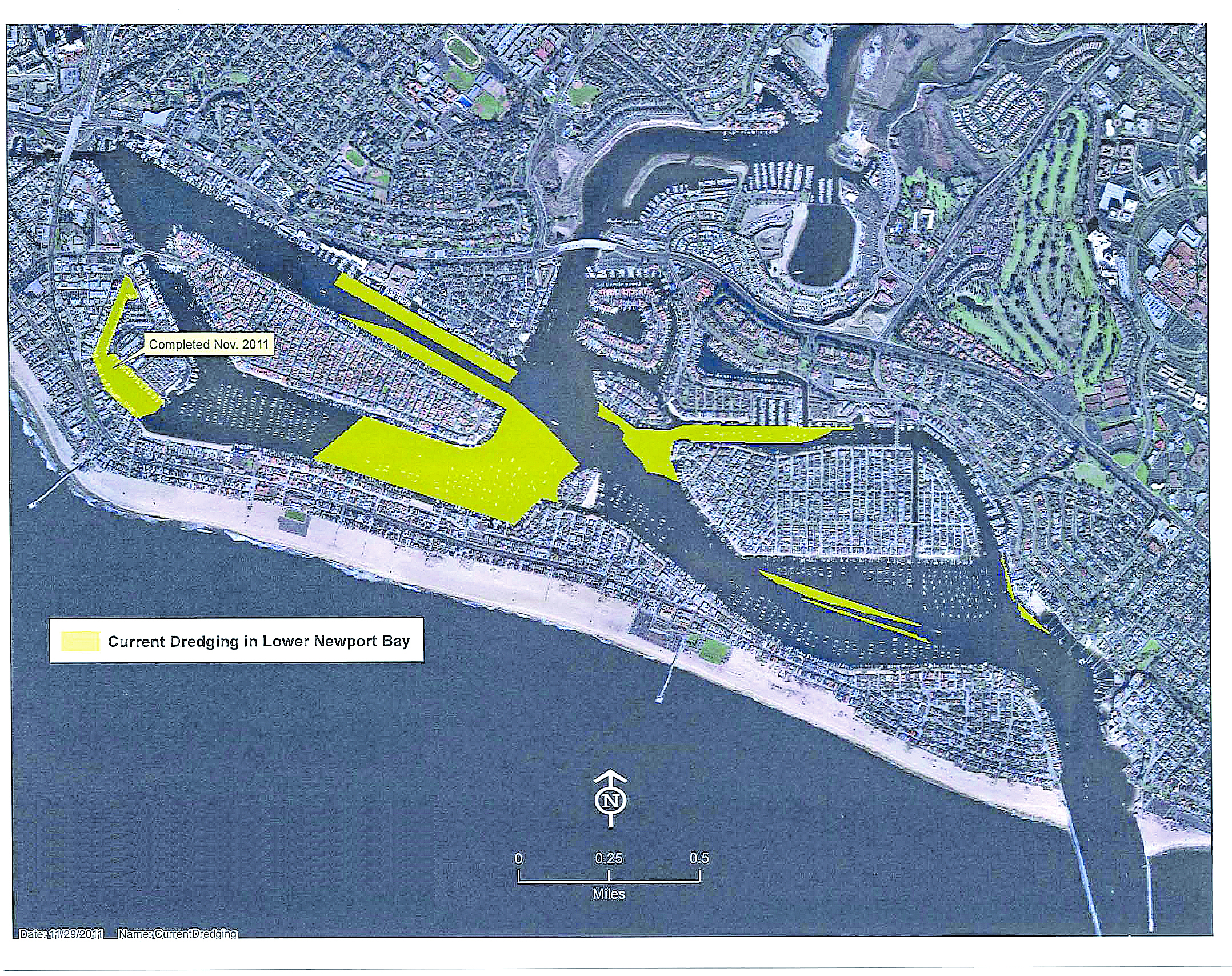 NEWPORT BEACH — Newport Harbor is one step closer to getting rid of many shallow spots and shoal areas that have caused boaters headaches and boat groundings over the years. The Newport Beach City Council met Dec. 13 and agreed to add $2.5 million to help fund the Army Corps of Engineers dredging project in Lower Newport Bay.

The amount will be added to the $2.4 million in federal funding already set for the project, designed to help rid the harbor of shallow areas less than 10 feet deep and eliminate contaminated sediment that has developed over the years.

“The harbor has not been comprehensively dredged since (Franklin Delano) Roosevelt was president,” said Councilman Keith Curry. “It is one of our most significant economic resources, and it’s up to us as stewards of the harbor (to make sure) that it continues to be a resource for boaters, for visitors and for residents.”

Newport Beach Harbor Resources manager Chris Miller presented the plan to council members during the meeting, stipulating that the project is just a portion of what is needed to get the harbor back to its original designed depths.

“We don’t have funds to tackle that, so we’re doing the best we can with the funds that are available,” Miller said. The estimated total cost is around $25 million, but Miller noted that the current Army Corps of Engineers project will rid the harbor of approximately 80 percent of its contaminated sediment at a significantly lower-than-normal cost.

This is due to a rare “window of opportunity” to take sediment that is unsuitable for ocean disposal to the Port of Long Beach, where officials are looking to fill approximately 54 acres of water area to build a shipping terminal.

“The project has already been approved and permitted by all agencies, and it is an extremely low-cost solution, since the dredgers don’t have to transport unsuitable material to an inland landfill site, which is a more expensive way of disposal,” Miller said.

While the city is still waiting on the Corps of Engineers to sign a Memorandum of Agreement — which will allow the Corps to accept city funds for the project — officials hope to start dredging as soon as possible, so as not to miss the Port of Long Beach’s March 14 deadline for receiving fill sediment.

The project outlined by the Corps of Engineers is expected to cost $7.5 million, leaving the city and federal contributions short by about $2.6 million.

Newport Beach Mayor Mike Henn noted that he hopes Orange County officials will pitch in around $675,000 for the portion of the project that is scheduled to dredge county tidelands areas, including around the Harbor Patrol docks.

An additional $500,000 could be added by the city, according to the council’s Dec. 13 vote. Still, around $1.5 million to $2 million more will be needed in additional funding, and Newport Beach officials are hoping the extra funds can be generated through private contributions.

“We have little time to waste here,” Henn said. “We have a hard deadline in March with the Port of Long Beach, and so we will need to have a fully formed plan here by March.”

Councilman Steven Rosansky added that the dredging plans show the city is serious about improving the harbor, and last year’s mooring and slip fee increases are being used to benefit harbor users.

“The city is committing a significant amount of money to this project, and it shows we are following up on promises made to the harbor and boating community,” Rosansky said. “A year ago, we raised fees — but the promise at the time was that the money would be put back into the harbor. This is evidence of that.”

While certain areas have been marked for dredging, a more comprehensive dredging plan with set monetary figures is expected to be presented to the council at the beginning of next year.