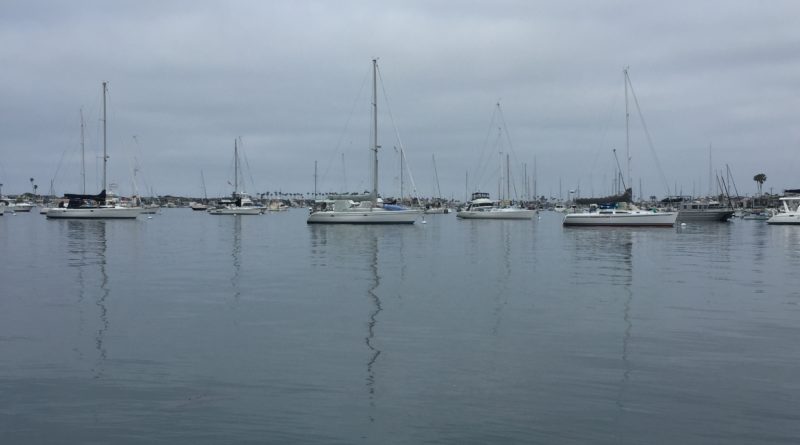 NEWPORT BEACH—Sea level rise is happening and the city of Newport Beach must be prepared for the worst. This is the possible mandate Newport Beach City Hall might be required to follow in addressing the prospect of rising ocean waters. What the mandate would look like depends upon what the California Coastal Commission is willing to accept.

City staff, nonetheless, recommended council members take a low-risk approach in its current sea level rise policy formulation, but revisit the issue incrementally as time goes on, depending on what new science or information is available in the future.

“There’s been a lot of controversy whether sea level rise is real or not. Unfortunately, from a city staff perspective, we have to take what the state is giving us,” a city staff member told council members.

Council was tasked with enacting a policy direction on sea level rise. The seven-member council faced three questions to guide the policy decision:

Accessory structures include barbecue units, pools and the like.

The California Coastal Act requires all new development must minimize risks to life and property, particularly in areas where there is potential for flooding, for example.

The city’s current design considerations call for higher or reinforced bulkheads and maintenance of coastal access and views. Factoring sea level rise into design considerations would result in higher pad elevations, open foundations (such as the use of stilts) and higher height limits, according to Newport Beach city staff.

“There is a current balance between the assumption of flood risk and then overbuilding for sea level rise. We need to very carefully consider California Coastal Commission’s of our approach,” a city staff member told council members during the study session.

Newport Beach could lose its LCP certification should the city decide to take no action on sea level rise, according to city staff.

“I think the correct approach is, as staff shows here, is ‘incrementalism,’ just like we did with the sea wall in Balboa Island,” City Council member Brad Avery said. “Something’s happening, we don’t know what, there is sea level rise, but it really impacts a lot of people when we, all of a sudden … jump something up.”

Avery said the city should definitely be prepared to make adjustment should the prospects of sea level rise worsen.

“What we’re talking about is scaring people,” Duffield said. “You can raise a house up but what are you going to do about all the cars that are driving around in 6 feet of water. We’re not addressing this completely.”

Duffield was not entirely convinced of whether sea level rise would inundate Newport Beach but also acknowledged the city had to take action to satisfy the state’s mandate.

“To predict 70 years from now where the tide is going to be, when … you can’t hardly tell me if it has risen in the last 50 years, this is a little preposterous for me to get my arms around,” Duffield said. “At the same time we have to be prepared for these things, I understand that.”

The former Newport Beach mayor added he didn’t want people to panic, adding his many years of being on the water has not indicated to him the ocean is rising at a rapid pace, not at least to the point where the Central Orange County coast would be immediately threatened.