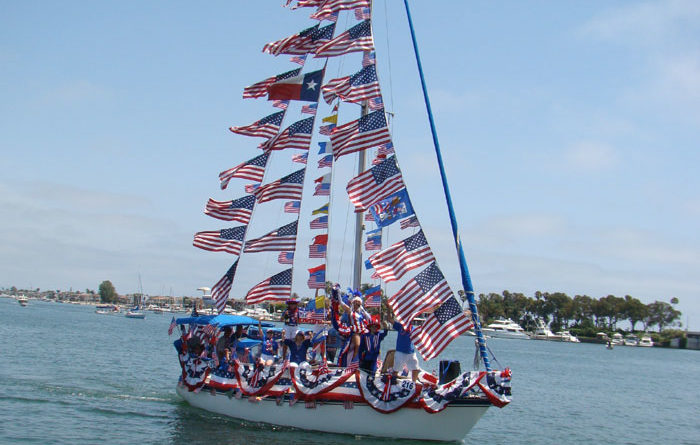 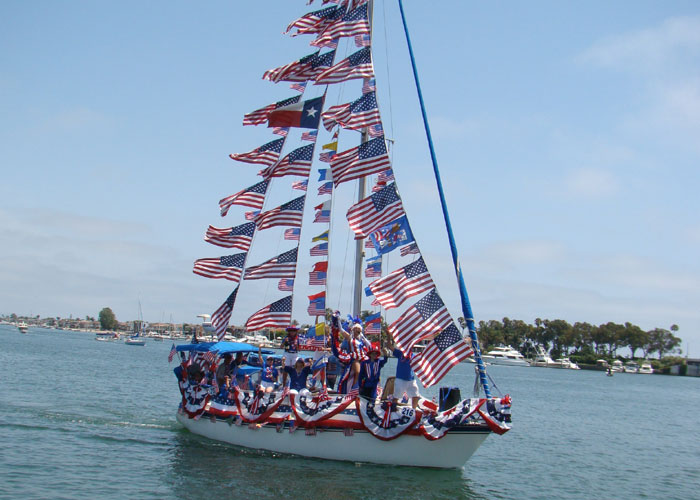 This year, 35 boat owners decorated their vessels to the theme of “Stars and Stripes Forever Is the Color of our Freedom” and paraded through Newport Harbor.

Parade winners were announced at a special awards dinner July 28, and a slide show of parade highlights was presented.

“This year’s parade was top notch,” said Myra Chan, an Old Glory Parade Committee member. “All of the boats were lavishly decorated.”

Also noteworthy was the amount of “show” put on by the boats. One example: The crew on the Hayden Marine Insurance vessel, Hayden’s Havoc, did handstands for the crowd of parade spectators.

Winners of this year’s parade awards include: