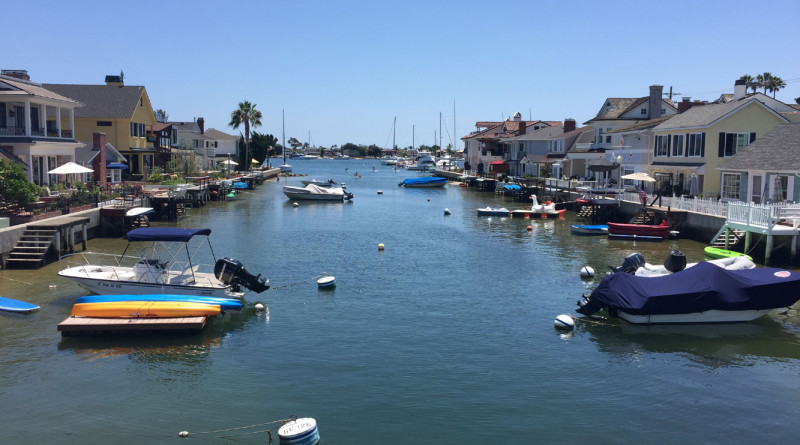 NEWPORT BEACH — Seawall repair must be addressed quickly but executed methodically and in a piecemeal manner was the takeaway of Newport Beach City Council’s July 14 study session on Balboa Island’s seawalls.

Mayor Ed Selich said Newport Beach must walk a fine balance of making sure seawall repair has a proper funding source and does not require the city to sacrifice major capital improvement projects or other programs.

He also recognized the need for Newport Beach to develop a sea level rise policy.

“We’ve seen the idea of the tide gate. The question is when do we have to make the decision of whether we need to do a tide gate or not, if that’s where we want to go,” Selich said. “Is it a number of years in the future? Is it a certain number of feet or inches as the sea level rises? Sea level rise affects more than Balboa Island. We don’t know what’s going to happen.”

“It’s clear there is a great need to get on this,” Duffield said. “Permitting processes do take a lot of time. I believe we’re out of time. I don’t think we have time to wait around.”

The city originally considered replacing the seawalls in their entirety; however, Public Works Director Dave Webb said Newport Beach is shying away from full replacement and is instead contemplating how to maximize the useful life of the existing walls while minimizing costs.

Maintaining structural integrity and overtopping of the seawalls are the two main priorities of city staff.

Specifically, Newport Beach Assistant City Engineer Robert Stein said the main focus is to get the most mileage from the existing walls in order to help keep costs low and plan for future sea level rise to avoid massive flooding for Balboa Island.

“Whether we have a large storm … or if we start seeing the sea level rise manifest itself, at some point the overtopping will overwhelm our crew’s ability to actually bail [Balboa Island] out,” Stein said.

Fully replacing more than 10,000 feet of Balboa Island’s seawalls would likely be the city’s best long term option. However, Stein estimated the price tag for full replacement would be $68 million.

Rebuilding nearly 4,500 feet of the most vulnerable portions of the island’s seawalls and providing cap extensions for the remaining areas would cost the city about $35 million and, according to Stein, serve as the “best value.”

Two short-term options focusing on retrofitting and cap extensions would cost between $14 million and $17 million. No new seawalls would be built under the $14 million option.

Selich recommended the city pursue a combination of the $14 million and $17 million plans. The plan would allow Newport Beach to update the oldest sections of seawall and increase the height of a majority of the concrete barrier.

City staff pointed out funding could come from proceeds from the Harbor Capital Fund, an internal loan, financing, a special benefit assessment or by reducing contributions to the Facilities Replacement Plan.

Interestingly enough, a cost and inflation analysis performed by city staff forecasted Newport Beach would spend roughly the same amount of money on all four options over a 25-year period. The $68 million option, for example, could cost Newport Beach nearly $140 million over 25 years. The cheapest option, by comparison, could cost the city a little more than $150 million in the same time period.

Jamshed “Jim” Dastur, who chairs Balboa Island Improvement Association’s Seawall Committee, said Newport Beach has a responsibility to maintain the structural integrity of the seawalls, prevent the island from flooding and ensure whatever course of action the city takes does not sacrifice the island’s cultural assets.

“I think we are headed in the right direction,” Dastur said, adding the city should cover the costs of whatever action it decides to take. “The solution one looks for, which is what I think we’re all headed toward, is incremental, where we basically don’t make any decisions that do not need to be made right away. The parameters are uncertain.”

Council member Kevin Muldoon said Balboa Island is surrounded by a public easement, which should make it easier to find funding sources to pay for seawall repair.

“Balboa Island has a public easement around it, which means it’s not necessarily tidelands. It’s okay to use other funds to pay for it,” Muldoon said. “Everyone uses it the same way everyone uses sidewalks and the port streets. It’s a very important part of the city. I don’t think it is okay to fleece the harbor’s users to pay for Balboa Island considering how many people use it.”

All council members acknowledged the need to dredge the Grand Canal as quickly as possible to protect residents from forecasted El Niño storms this coming winter.

City staff will review what was discussed at the July 14 study session and return to the council with an updated plan.

Balboa Island, with an elevation of 5 to 7 feet, is the lowest island in Newport Bay and is generally below the high tide line, according to Webb. The seawalls protecting the island are 76 to 86 years old and beyond their designed lifespan; each wall is showing signs of distress.

The west end of the island is considered most vulnerable to a failed seawall. Some residents informed council members a gap in the seawall existed along Edgewater Place and between Island Avenue and Lindo Avenue on Balboa Peninsula.

Stein forecasts the upgraded seawalls would be complete by 2020 or 2021.