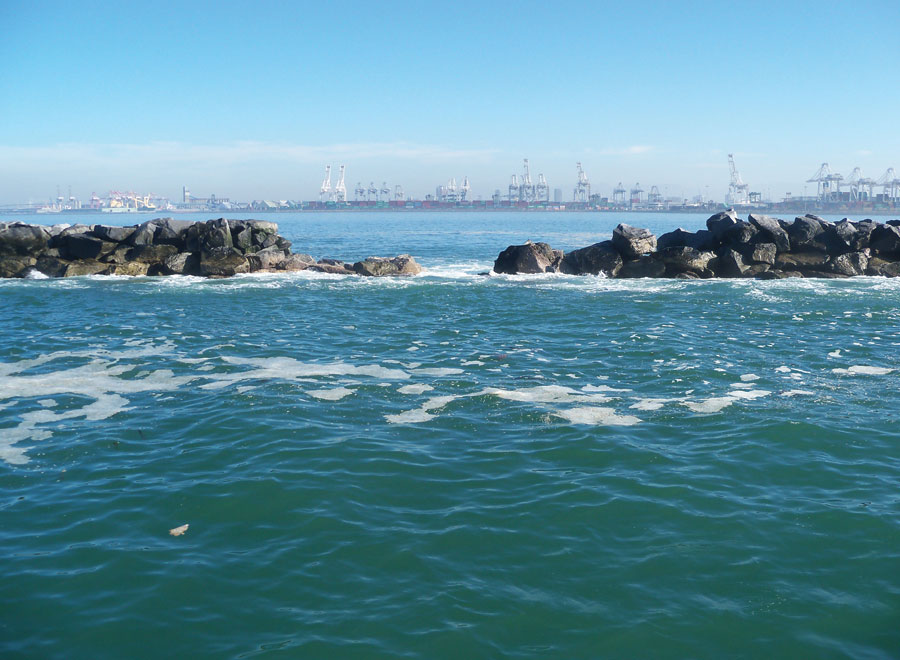 LONG BEACH — The budget to repair a portion of the Port of Long Beach (POLB) damaged by Hurricane Marie just increased 20-fold, as commissioners overseeing the harbor unanimously approved an additional $3.8 million in spending Jan. 12 to fix broken infrastructure adjacent to the middle breakwater.

Harbor commissioners approved the funding to pay for necessary repairs at a man-made peninsula by the one-time Naval Shipyard, Navy Mole Road, Pier F, Pier J South and the dike on Navy Mole.

“There’s been a lot of media attention on this,” POLB Harbor Commission President Doug Drummond said. “This is damage from the recent storm. It is very expensive to do.”

Commissioner Tracy Egoscue asked for an explanation of why the budget jumped from $200,000 to $4 million.

John Chun, POLB’s director of architectural design, said the budget spike was “based on the engineer’s estimate on the quantities of rock that’s required to rebuild the damaged rock dike along the Navy Mole and Pier J and Pier F.”

POLB staff added they would attempt to seek reimbursement from the state and federal government. However, officials were unclear if any of the repairs are eligible for reimbursements.

Commissioner Lori Ann Farrell asked whether the repair project would be eligible for federal assistance or reimbursement.

“The disaster just wasn’t large enough” for funding assistance from federal resources, said Richard Baratta, director of risk assessment for POLB. “The order is city, county, region, state and then federal. [The reimbursement request] never got passed the county level.”

According to POLB staff, savings incurred from a capital improvement project at Pier G would help pay for repairs near the middle breakwater, meaning the port did not have to cut funding from another line item with an approved budget to compensate for the infrastructure repairs.

“As we’re evaluating the repairs that need to be made, and as we make those repairs, that we share those findings with master planning. [The] Navy Mole someday could be built upon and expanded out,” Dines said. “I know it may require a reconfiguration of the breakwater.”

The Port of Long Beach was hit hard by Hurricane Marie in August 2014. News reports and POLB staff stated Hurricane Marie was the sixth most intense eastern Pacific hurricane on record, bringing “increased surf and storm surges to Southern California” and swells of 10 to 15 feet battering the coast. As a result, the Los Angeles-Long Beach Harbor suffered significant structural damage, the most notable along the middle breakwater in front of POLB.